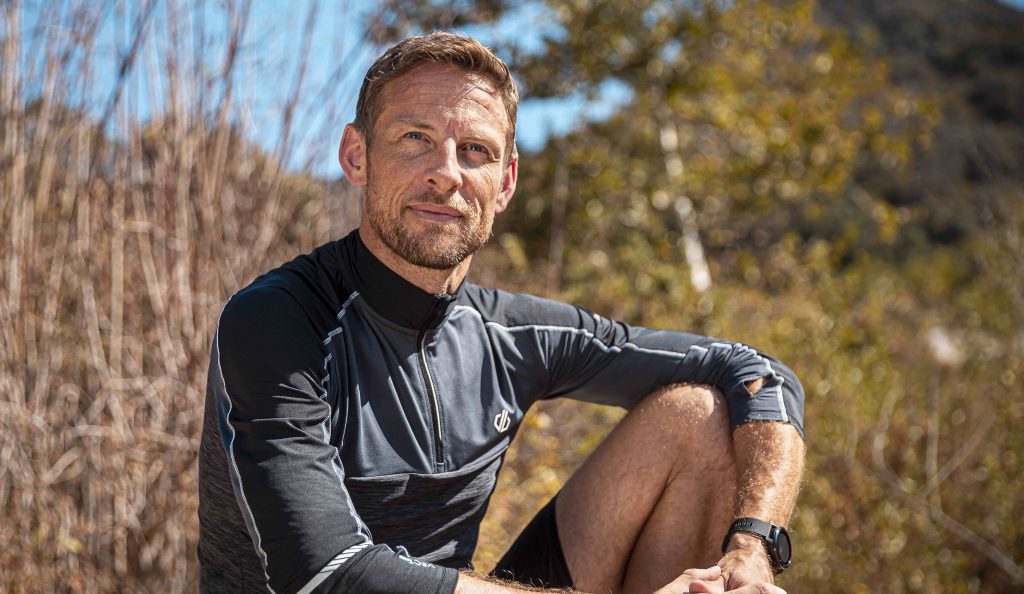 Formula 1 ace Jenson Button has admitted he is ‘in awe’ of the tennis giants of the modern era, as he gave us his verdict on the enduring debate over who should be hailed as the greatest player of all time.

2009 F1 World Champion Button was been a regular attendee at the All England Championships at Wimbledon down the years and his love for tennis shone through as he sat down for an exclusive Zoom interview with Tennis365 from his home in Los Angeles.

While motorsport will always be his first love, Button told us that his admiration for the tennis greats runs deep, as he spoke to us as he launched the latest collection of his Dare 2b Edit clothing collection.

“I have been at Wimbledon a few times and I just love the atmosphere of the event,” Button told us. “Then you get the duel on the court when two players are looking at each other and doing battle. It’s just great.

“It’s obviously very different from my sport and while it is an individual controlling his own destiny, the challenge on a tennis court is so different.”

When we asked him to pick out who has earned the right to be hailed as the greatest player from a generation universally recognised as the greatest in the history of the sport, he was torn between selecting Roger Federer, Novak Djokovic or Rafael Nadal, while also offering up a special mention for Britain’s Andy Murray.

“Ask me to pick between Roger Federer and Rafael Nadal and I just can’t do it,” he added. “They are both just unbelievable sportsmen and we have been privileged to watch them down the years.

“It feels like they have been there forever and it is two decades that we have all been watching them. To see them so competitive at this stage of their careers is just amazing.

“When they both reach a final of a tournament, there is such great respect between them and it is a real thrill to see them go at it, given the history they have.

“Djokovic is also an incredible champion. He may have done a few silly things down the years and attracted some negative publicity, but he is a wonderfully skilful sportsman.

“I also have to say a few words about Andy Murray. He has been a great guy to watch down the years and to compete with those three great players and win as much as he has done in his career has been a wonderful achievement.”