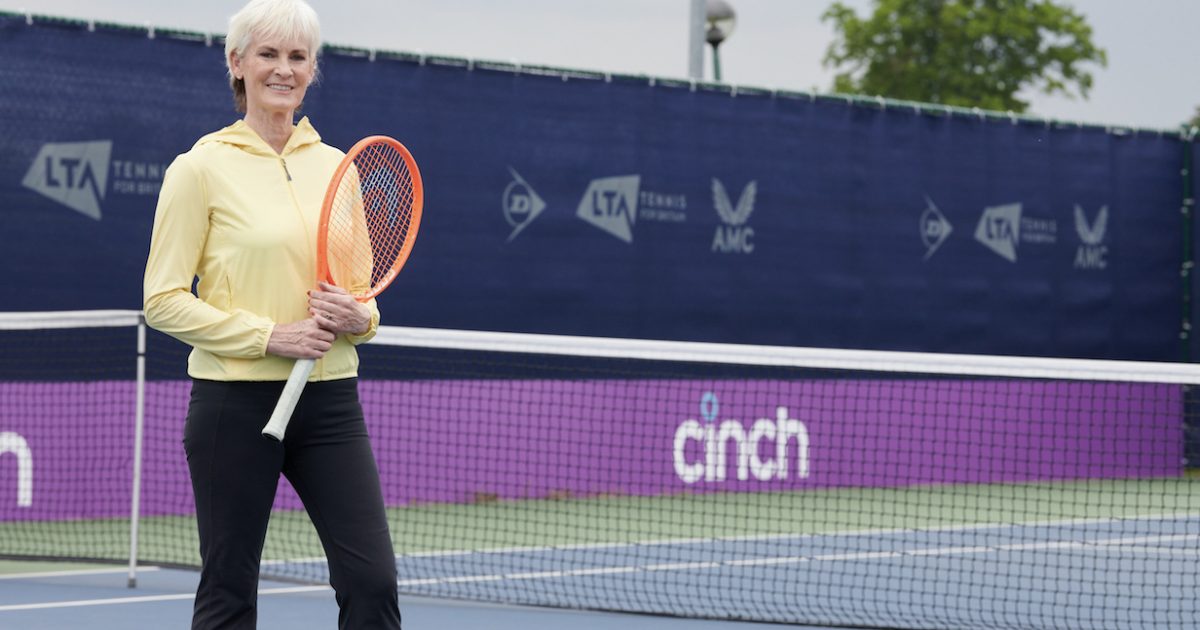 Judy Murray believes tennis needs to bolster its ‘female workforce’, as she looks to increase participation numbers on and off the court.

The mother of multiple Grand Slam-winning champions Jamie and Andy Murray has been a prominent voice encouraging the growth of female coaching talent in the game and now she has told Tennis365 that more needs to be done in all areas of the game.

Speaking to us in association with cinch, Murray’s passion to drive participation numbers in tennis shone through as she urged the game to broaden its reach.

“We definitely need more female coaches as that will encourage more girls to play our sport, but for me, it is not just coaching talent that needs to be bolstered,” stated Murray.

“There is a need to increase the entire female workforce in tennis. Having a woman on the court teaching young girls how to play the game or even organising an event is important to bring people into tennis and there is more we can do.

“We need people to come in and run fun days at tennis clubs, to put on recreational competition that will be fun to play in and bring in a new audience that may not have played tennis before.

“Not everyone wants to be a tennis coach, but others would be keen to be tournament organisers or helping the workings at a club.

“Having more people around a place who understand the world according to girls is important on so many levels.

“If we want to attract and maintain girls on court, we need more women around who understand the changes that they are going through physically and emotionally, especially during their teenage years.”

cinch has teamed up with the Lawn Tennis Association to offer free tennis lessons across the UK this summer, as part of their collaboration at the Queen’s Club event in London.

Free tennis lessons are available HERE and Murray believes it is a promotion that can open the door to people who may not have played the sport before.

“My passion has always been to take tennis to places where it has not been before,” added Judy. “We need to encourage grassroots tennis and promote community engagement and that’s really important.

“They see the sport on the TV every summer, they want to have a go, but they are not sure how to get involved.

“Now this cinch promotion gives everyone a chance to get a free lesson near to their home and that’s why I was so keen to get involved in the promotion.”

cinch, lead partner of the LTA, is running a campaign to give away free tennis lessons this summer. For more information check it out HERE