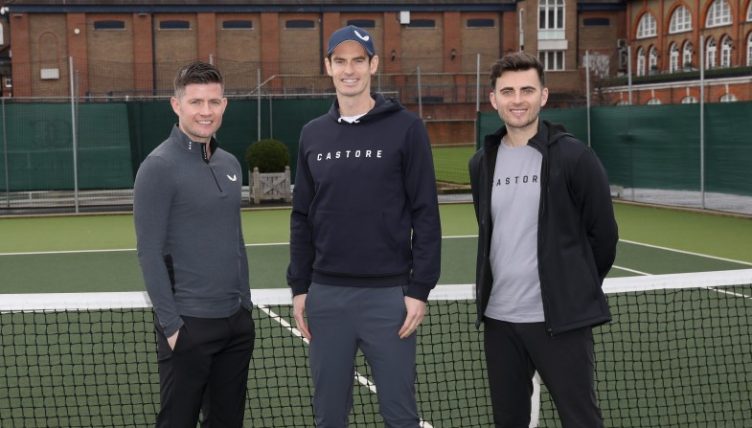 Andy Murray’s relationship with the Lawn Tennis Association has been strengthened after it was confirmed the governing body of British tennis has signed a five-year deal with AMC, the brand created by Murray and Castore, to become its official clothing partnter from 1 January 2021.

As part of the new agreement, AMC will also have extensive branding rights across the LTA’s programme of summer major events including the Fever-Tree Championships at The Queen’s Club and the Nature Valley series in Nottingham, Birmingham and Eastbourne, as well as at the National Tennis Centre in Roehampton.

They will also produce a range of co-branded apparel and replica kit featuring LTA and AMC logos, which will be sold through Castore/AMC and LTA retail channels, as well as via outlets at LTA major events.

Of this revenue, a significant amount will be re-invested into the support of grass roots tennis in Britain as part of the LTA’s vision to open up tennis to many more people.

It is another big deal for Castore, who have signed deals to supply Scottish Premiership side Rangers and the West Indies cricket team with their clothing in the last year, with co-creator Tom Beahon outlining his vision for the company in an exclusive interview with Tennis365 last year.

“We were looking to take Castore to the next level and wanted some major athlete partnerships. I can’t speak for Andy, but I think the idea of working with a younger brand set up by two young British brothers really resonated with him and we were delighted to get him on board.

“He shows a big interest in our business and became a shareholder as part of the deal to come into the company and we are excited about what we can do together moving forward. Having a conversation with an elite athlete and seeing his enthusiasm for our brand [and what] our plans were for the next five, ten and 15 years was exciting for us, and not normal when you are dealing with someone of his calibre.”

This new deal with the LTA is part of their commercial strategy to create value across every aspect of tennis, through development of strategic partnerships with high profile brands.

“This is a fantastic partnership and demonstrates the appeal of tennis to associated high profile brands,” stated Scott Lloyd, LTA Chief Executive

“AMC produces the highest quality, cutting edge apparel for elite athletes, and our Performance team is really looking forward to working with them over the next five years. Andy Murray’s involvement speaks volumes for the brand’s quality and potential, and we are delighted to be joining the AMC family as we continue the growth of our marketing and commercial activity to support tennis in Britain.”

Andy Murray also spoke of his delight at the deal, as he was delighted that some of the finances will be ploughed back into the future of British tennis.

“We’ve spent a lot of time creating and designing a premium range of tennis apparel, this is the next step in growing the brand in the UK,” said the two-time Wimbledon champion.

“Our vision is to become a major global tennis brand, but also to support grassroots tennis. Increasing participation at all levels is important so we’ll be reinvesting some of the profits into growing the game.”