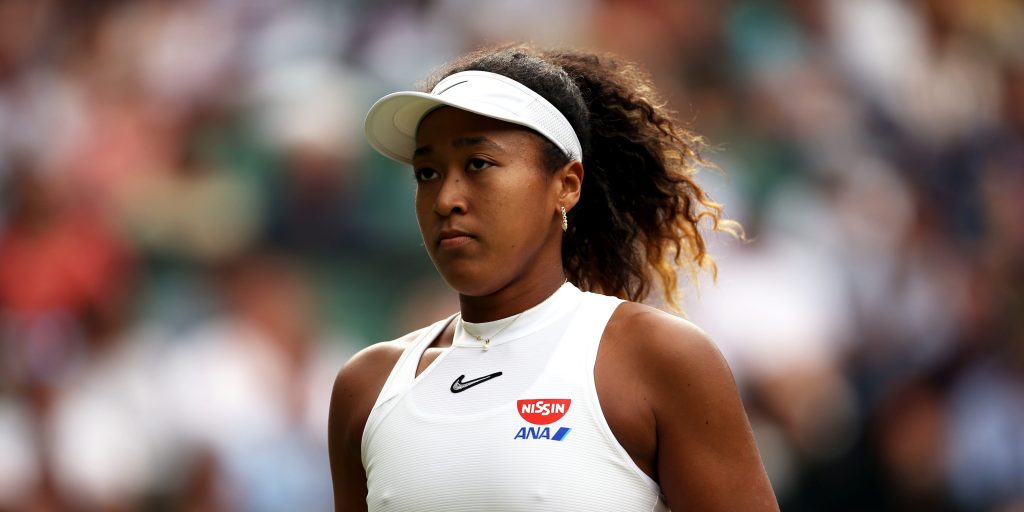 It was hard not come away from Naomi Osaka’s much-hyped Netflix documentary with any emotion other than sadness.

The timing of the film’s release to coincide with the start of the Tokyo Olympics was an obvious choice for producers of the three-part series, yet that was made before Osaka made her decision to pull out of the French Open and Wimbledon after releasing a statement confirming she was suffering with mental health issues.

With that additional information now available to all those watching the film, the feeling for those looking into Osaka’s world must be that the star of this TV show feels as if she has been cast in the wrong role in life.

With a forbidding soundtrack running under much of the film, long segments showing Osaka in photoshoots for magazines and fulfilling tasks she appeared to be less than happy to take part in left an impression that she is leading a life she would be quite happy to step away from.

Incredibly, tennis did stop at that point in the film as the Covid-19 pandemic saw the world grind to a halt, with the sport that has made Osaka tens of millions of dollars amid her incredibly rapid rise to the top of the game halted in its tracks.

As the film highlights, the death of her friend and basketball icon Kobi Bryant followed by the murder of George Floyd in America had a profound impact on Osaka, with her decision to take a stand against racism seeing her halt the Western & Southern Open for a day in protest at the shooting of Jacob Blake in Wisconsin.

She followed that up by wearing masks bearing the name of those who have died at the hands of police in America in each round of her run that eneded US Open success last year, with the burden of feeling the need to take a stand politically clearly taking a toll on her.

Naomi Osaka began playing tennis for a very personal reason: to give her mother a better life.

There were some smiles as especially when Osaka was around kids at a tennis academy bearing her name, but even if discussions with her mother there was a sense that she was desperately trying to keep others happy rather than doing what she wants to do with her life.

Here is a young lady who appears to have it all, but she is trapped in a world that doesn’t appear to suit her personality and exposes the vulnerabilities that are so evident in her every move.

Thorughout the film, Osaka often mentions her sadness at missing out on a school life and college and the film ends with reference to what she feels she has missed out on by being home schooled and devoting her life to tennis.

The series succeeds in giving the viewer insights into the tight family group around Osaka, the conflict over whether she would be accepted in Japan after leaving the country of her birth at the age of three, with our understanding of this 23-year-old’s difficulties enhanced by what we see over the course of the 90 minutes of film.

The end conclusion can only be that Osaka find it hard to carry the burden of being a sporting icon and her compulsion to be a spokesperson for the political issues that mean so much to her.

While Osaka may be one of the best tennis players in the world, you wonder whether the sport she has mastered the spotlight it shines on her will be an arena she wants to put herself in for an extended period of time.

Bjorn Borg shocked the tennis world when he retired at the age of 26 and admitted he didn’t want to be the star of the sporting show anymore and Osaka may have similar emotions sooner rather than later.