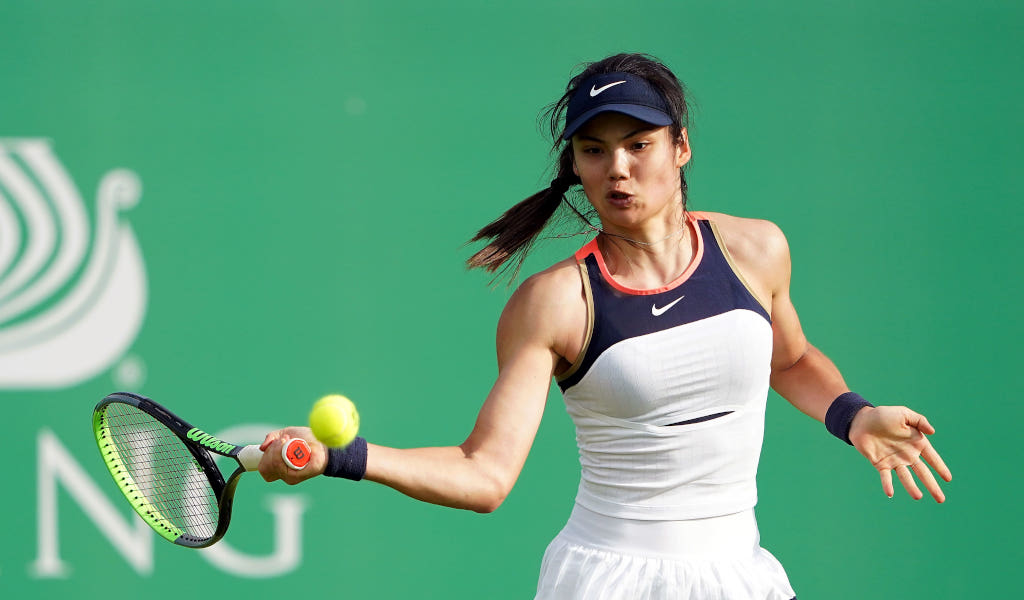 Former British No.1 Annabel Croft believes rising star Emma Raducanu has all the attributes requires to rise to the top of the game, as she moved to within one win of a place in the main draw at the US Open.

The 18-year-old Brit made a big impression as she reached the fourth round at Wimbledon last month and she has continued her fine form with some impressive wins in America, including a 6-3, 7-5 over Mariam Bolkvadze in the second round of qualifying at the US Open.

Raducanu faces a tough battle against Mayar Sherif of Egypt next, but Croft believes the impact she has already made in the game suggests she has what it takes to reach the top in the coming years.

“She’s got a bit of momentum behind her and she had backed up her performance at Wimbledon with more good wins on the WTA Tour,” Croft told Tennis365 at an Amazon Prime Video event.

“When you cause a bit of a stir on the tour and start to make a name for yourself on the grand stage, you need to try and keep that going and she is doing that.

“People know who she is and she is creating a bit of an aura around here as people are talking about Emma.

“She’s got talent, great athletic ability and seem to have great mental strength. On top of that, she is winning matches and the next step is going onto the main tour and adapting to that.

“Maybe she will have to step back to play some lower-ranked tournaments at times over the next few months, but clearly she is a very exciting talent.”

Raducanu withdrew from her fourth round match at Wimbledon against Australia’s Ajla Tomljanovic after admitting “combination of everything that has gone on behind the scenes” contributed to her decision to abandon her first Grand Slam effort.

Yet Croft suggests Raducanu showed enough promise in her four games at the All England Club to fuel the belief that she can make progress in the world’s top 50 next year.

“I watched all of her matches at Wimbledon and she just looked like she belonged,” added Croft. “It all looked effortless for her, beating someone who had been in the finals of a Grand Slam in Marketa Vondrousova, it was remarkable.

“She had a very aggressive mindset, wonderful ground strokes and wonderful footwork. It all looks very neat and tidy and almost like she is close to being the finished article, which is remarkable for an 18-year-old.

“Her on-court composure draws you to her and it will be great to see how she progresses in the next few months.

“Playing away from the spotlight in the UK could help her and I know in my playing career, that was something I enjoyed. There are a lot of eyes on you playing as a British player at Wimbledon and getting away from that attention can allow you to focus on your game.”