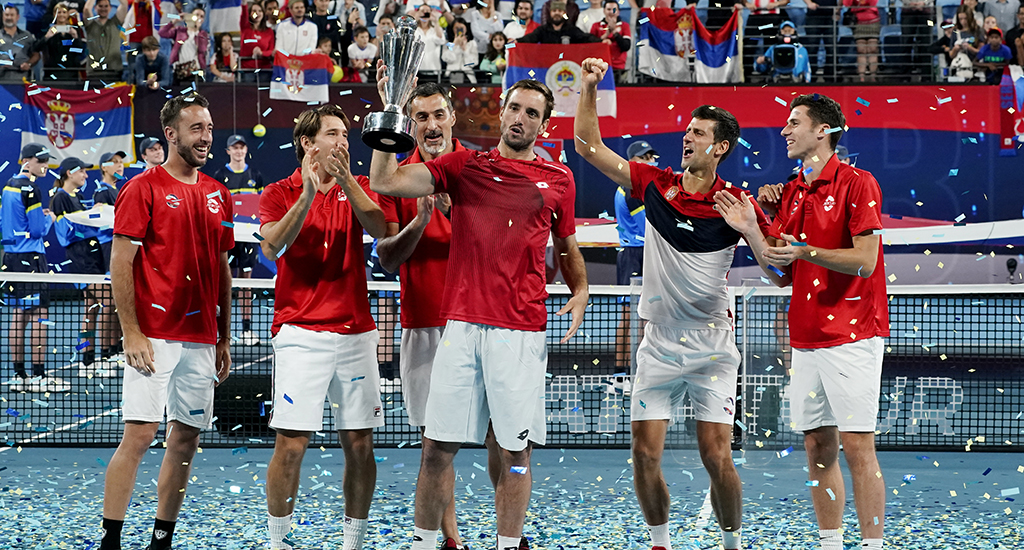 The inaugural ATP Cup in Australia has been hailed as a resounding success by all who revelled in the drama in served up, yet the debate over what happens next for this compelling event will now begin in earnest, writes Kevin Palmer.

While there remains a widespread belief that the game needs to find a way to combine the revamped Davis Cup finals that are playing in November with this new ATP Cup, the spectacle served up by both events confirms there is a huge appetite for a marquee team event in this most individual of sports.

Finding a consensus to combine the two competitions will be no easy task, but Nadal insists tennis needs to come together for the good of the sport to find a solution.

“Two World Cups in one month is not real. It is not possible,” declares Rafael Nadal, whose Spain team were beaten by a Novak Djokovic inspired Serbia in Sunday’s thrilling final.

“We need to find a way to make a deal with the ITF and ATP to create a big world team cup competition, not two world cups. That’s a confusion for the spectators, and we need to be clear in our sport. For the health of our sport, it is mandatory that we fix it.”

Politics may well get in the way of common sense as the organising committee behind the Davis Cup will claim their new look event was a resounding success despite some obvious teething problems, with the ATP Cup evidently a great addition to the tour and more suitably positioned in the calendar as the top players can use it as a pre-Australian Open warm-up event.

While it seems unlikely that a solution can be found to ensure the two team events are not on the calendar in time for the next Davis Cup later this year, it is clear that the players are keen to iron out concerns over burn-out and schedules that were raised at both events, while the issue of ATP ranking points is also a bone of contention.

Three-time Grand Slam quarter-finalist Mardy Fish is among those questioning the ATP’s decision to award sizeable ranking point hauls for their team event, which they believe gives them an edge over the Davis Cup event that prides itself on its heritage and a bumper $20m prize pot.

So ATP Cup is worth more than winning a 500 event AND counts for an extra tournament on your ranking AND only 2 players from a country can play??? 🤔 🧐

The ranking point issue will infuriate players who did not make it into the small teams assembled for the event, with Djokovic collecting 660 points for his heroic efforts in winning all six of his matches that included a memorable win against Nadal in the final.

For his part, Nadal collected 250 points from the event after collecting four singles wins, with the slightly complicated points allocation system devised for the event rewarding that allocates additional ranking points for wins against higher ranked opponents. This explains why Nadal’s Spanish team-mate Roberto Bautista Agut only collected 295 points despite winning all six of his singles matches.

Russia’s Daniil Medvedev made a significant leap on the rankings as his 255 points from the ATP Cup allowed him to jump into fourth place in the latest rankings ahead of Dominic Thiem, while the event was also a big early-season boost for some lesser ranked players.

Russia’s Andrey Rublev leapt into the world’s top 20 with a harvest of 215 points, while Britain’s Dan Evans was rewarded for his stellar effort in the Great Britain team as he collected 200 ATP ranking points that would have been tough to pick up in a regular tour event, with Fish not alone in questioning whether a team event should offer ranking points.

ATP ranking points are made up of the top 18 events in your calendar year, but a special dispensation has been made for the players who qualify for the ATP Cup as they can add a 19th event to their points list, in a move that has also infuriated players who don’t make the tournament in Australia. 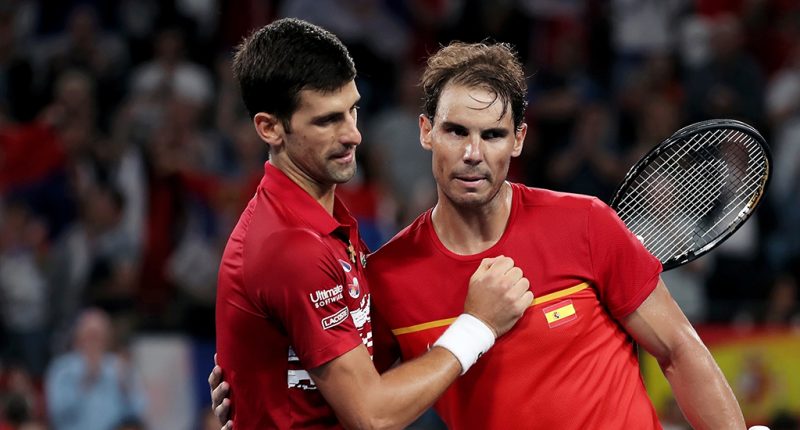 Another point of contention; should players get paid big money for representing their country?

Djokovic and Nadal were among the star names who were guaranteed $250,000 for their ATP Cup participation, with the Serbian No.1 taking home in excess of $500,000 from his first week of 2020, as he heads into the Australian Open as the firm favourite to lift the title once more.

The team tennis dilemma will rage on for many months in the always politically charged tennis world, with the issues that need to be ironed out to streamline the events that should be the pinnacle for any player proud to represent his nation.

Tennis needs to find a solution to a problem that all the top players have voiced concerns over and with the considerable influence of Djokovic and Nadal leading that chorus for change, a solution needs to be found swiftly.