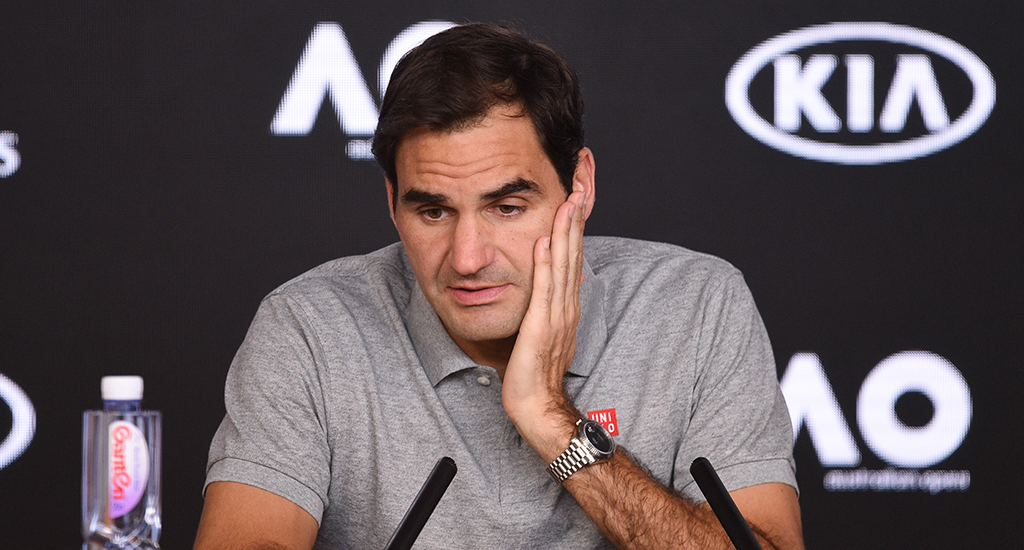 The silence echoing from the Roger Federer camp since his shocking exit from Wimbledon has been deafening and now the announcement has come that may well signal the beginning of the end of his remarkable career.

At the age of 40, Federer has confirmed that he will undergo surgery on the same knee for the third time and while he admits his hopes of a return to the tennis tour may now be forlorn, it is clear that he wants to give himself hope at the end of the tunnel as he prepares for another long rehab.

“As you can imagine, it’s not been simple since Wimbledon,” said Federer, who left fans stunned as he lost the third set to his quarter-final at the All England Club 6-0 against Hubert Hurkacz.

“I’ve been doing a lot of checks with the doctors as well on my knee, getting all the information as I hurt myself further during the grass-court season and Wimbledon. That’s just not the way to go forward, so unfortunately they told me for the medium to long term to feel better, I will need surgery. I decided to do it.

“I’ll be on crutches for many weeks, and also out of the game for many months. It’s going to be difficult in some ways but, at the same time, I know it’s the right thing to do because I want to be healthy, I want to be running around later as well again.

“I also want to give myself a glimmer of hope to return to the tour in some shape or form.

“I am realistic – I know how difficult it is at this age right now to do another surgery and try it.

“But I want to be healthy. I will go through the rehab process with a goal, while I’m still active, which I think is going to help me during this long period of time.”

This message was delivered by Federer on his Instagram with a tone of resignation in his voice as he knows this is almost certainly the prelude to end of his magnificent tennis career.

After working so hard to return to fitness ahead of the grass-court season this summer, the injury Federer suffered during appearances at Halle and Wimbledon may be a sign that his body is no longer capable of withstanding the rigors of top-level tennis.

Yet Federer clearly needs time to come to terms with the reality that his story in the game he has always loved with such a passion is finally coming to an end.

His run to the Wimbledon quarter-finals a few weeks before his 40th birthday confirmed this 20-time Grand Slam winning legend is still competitive at the top of the game, but the sands of time catch up with even the greatest in sport.

Federer will tell himself that another comeback is possible in 2022, but that dream will surely be a step too far for a player who has given so much to the game over the last two decades.

This may not be the final farewell to the great Roger Federer, but it certainly feels like the final chapter before that emotional announcement is made.