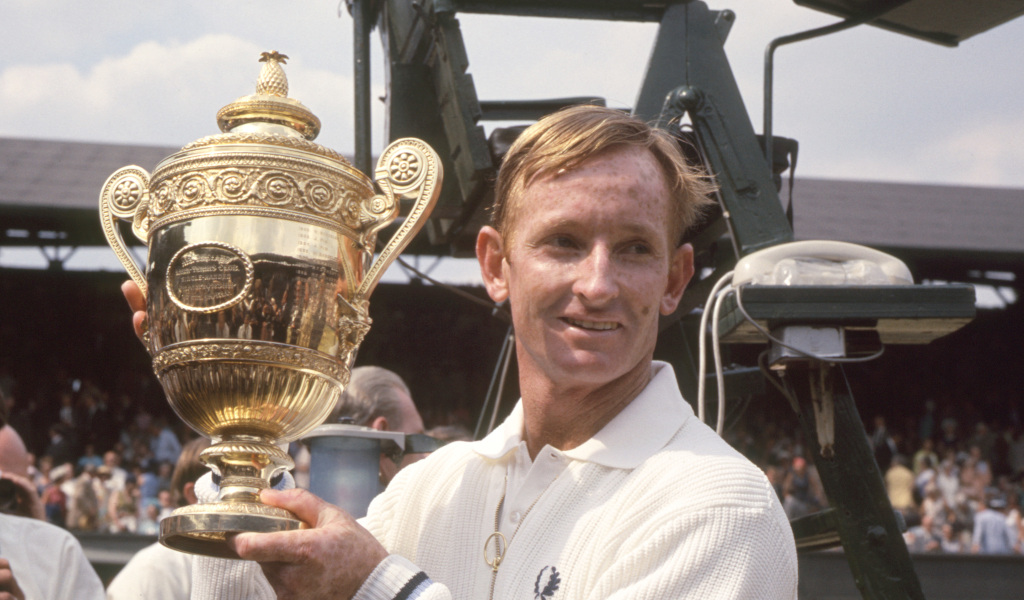 Legacy is one of the key factors taken into consideration when ranking the greatest tennis players of all-time, so Rod Laver has to be positioned in the top two of our Tennis365 list of all-time greats.

The godfather of the sport is revered by modern greats Roger Federer and Rafael Nadal and any time ‘Rocket’ is in attendance at a tennis tournament anywhere in the world, all present appreciate fully understand that they are in the presence of greatness.

Comparing eras in any sport is an almost impossible task, yet Rod Laver deserves to be placed alongside the all-time greats of the game.

As the only man to win all four major titles in the same year on two occasions (1962 and 1969), Laver set a host of records that have stood the test of time and have proved to be beyond the greatest of the modern game, with Roger Federer, Rafael Nadal and Novak Djokovic all failing to complete a perfect season despite their dominance at the top of the game for a decade and more.

Laver’s record of reaching 14 consecutive Major finals between 1964 and 1968 during his time on the professional tour is another notable achievement and his list of 200 career titles in the amateur and professional ranks is another remarkable record that will never be matched.

Also a doubles champion at three of the four Grand Slams, the player known to all in the game as ‘Rocket’ after he was given that nickname by Australian Davis Cup captain Harry Hopman had an aura on court that was matched by the respect he commands to this day off it.

An all-court player who excelled on all surfaces, Laver won his first major title in 1960 on home soil in Australia, beating compatriot Neale Fraser in a final that saw him come from two sets down and save match points in the fourth set before he prevailed. 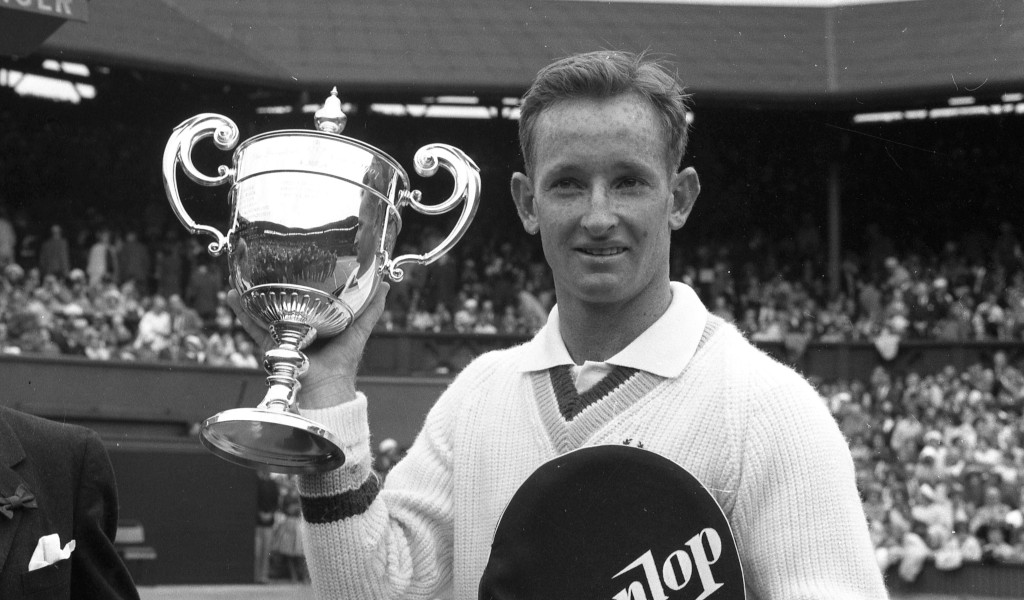 A first Wimbledon crown duly arrived a year later as he beat American Chuck McKinley in a one-sided final before his all-conquering year of 1962 saw Laver romp away with all four major trophies and collect 18 further titles in the year as his dominance of the game was complete.

After turning professional in December 1962, he was blocked from competing in Grand Slam events that were only open to amateurs until the open era began in 1968, with the 20 majors he missed during that period denying him the chance to finish his career with a haul of titles that could be in excess of Federer’s current record of 20.

After five years competing against a new collection of rivals, Laver got his chance to build his title haul and the world’s amateur and professional players in 1968, with his achievement of winning all four major titles for the second time in the same year in 1969 one of the greatest achievements in the Open Era.

His US Open win in that iconic season would prove to be his final major title, with his athletic prowess around the court and power-packed left-handed shots leaving an imprint on the sport that continues to this day, with the main show court at the Australian Open’s Melbourne Park now bearing his name and Federer naming his successful annual team event the Laver Cup.

“The greatest honour I can have is the respect of players playing today,” declares Laver. “Having a relationship with guys like Roger, Rafa and Novak and getting their appreciation for what we did is just so fantastic.

“We often have these debates over who is the best of all. Is it Roger or Rafa, it is hard to say when you have different conditions, different rackets and different players. All you can do is be the best of your era and if I managed to achieve that in my career, then I can be proud of that.”

Laver’s grace off the court has always been as impressive as his skills on it, with the player who was recognised as the best in the game for most of the 1960s fully meriting his position at No 2 in the Tennis365 roll-call of greats.