As Kevin Palmer continues his countdown of his greatest tennis players of all time, a very familiar face comes in at number four – with a few caveats. Enter Novak Djokovic.

First of all, a disclaimer.

The latest player in our Tennis365 all-time top ten rankings could easily be positioned in any of the top four positions in our list and if we revisit this selection in three years time, he may well be installed at the top of the pile.

Yet at this moment and using our criteria of career titles, worldwide popularity and legacy, the 17-time Grand Slam champion Novak Djokovic has been positioned at a relatively lowly No.4. 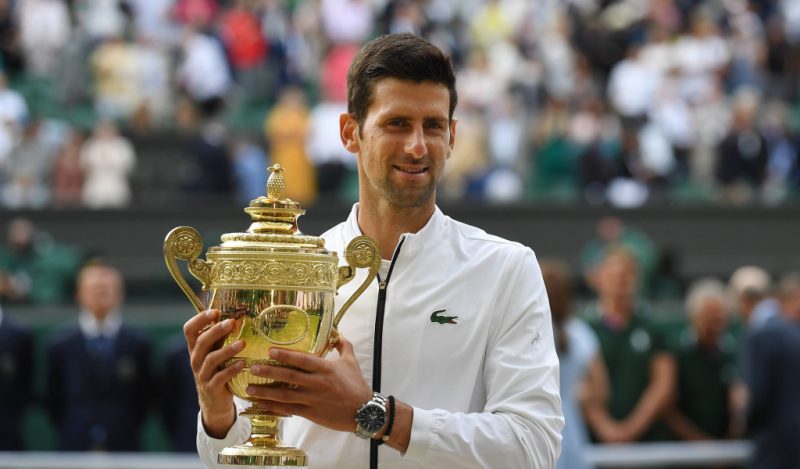 By the time Novak Djokovic attempted to gate-crash the top of the men’s game, two sporting icons had already started their respective dynasties.

Roger Federer was firmly established as the world No.1 with 12 Grand Slam titles to his credit, while Rafael Nadal had emerged as his chief rival as he started his reign as the king of clay at the French Open, yet the year of 2008 was significant for so much more than the iconic encounter between the two greats of the modern game in their never-to-be-forgotten Wimbledon final.

Lacking the physical prowess to last the pace in a two-week Grand Slam event in his formative days, Djokovic made his breakthrough in the 2007 Montreal Masters as he became the first player to beat the world’s top three (Federer, Nadal and Andy Roddick) in successive matches since 1994 as he lifted his first ATP 1000 title.

The Roger and Rafa show was already the most talked-about rivalry in all of sport, yet a young Serb began to establish himself as a genuine threat to their dominance as he made his break into the top ten of the ATP rankings in 2007 and then won his first major at the Australian Open the following year.

It was not until 2011 that Djokovic found a way to lift his game to a new level and challenge the stranglehold Federer and Nadal had placed on the game, with his wins at the Australian Open, Wimbledon and the US Open completed by a stunning side Masters Series wins in a season that many regarded as the most complete the game has ever witnessed.

Djokovic bettered that effort in 2015 with three more major wins backed up by six Masters titles and a win in the end-of-season ATP Finals, with titles continuing to flow in 2016 as he firmly established himself as the world’s best player.

“His speed and range of motion with his body is amazing. His joints don’t look the same as other people. When he is getting ready, and he is very particular on his rituals before a match, you look at him and he is doing things the other guys just can’t do. You look at how other guys prepare and they are not even athletes compared to this guy. 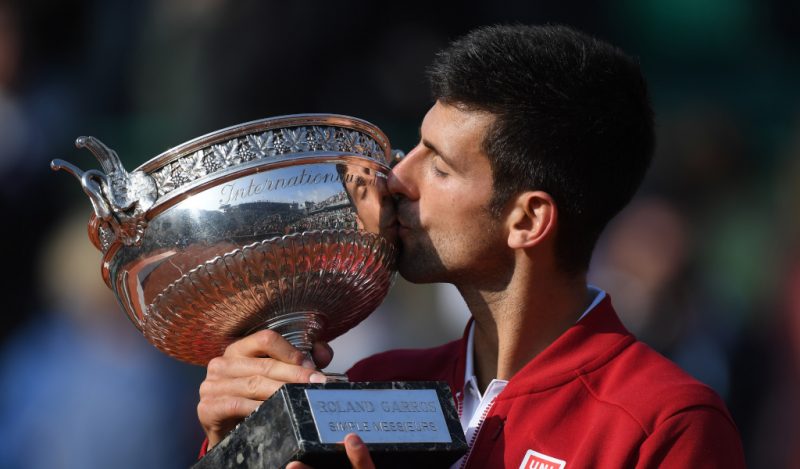 “I see him lying on a table and clapping his elbows behind his head with his face down on a bench. when your body holds up and has that kind of speed and range, it puts you ahead of the rest.”

Despite his triumphs and an ongoing dedication to his Foundation that does so much for so many in Serbia and beyond, Djokovic has yet to win over some tennis fans who refuse to shift their allegiances away from Federer and Nadal.

The partisan support the ‘big two’ receive when they play Djokovic in certain parts of the world has long-since overstepped the mark of respectability, with the cheers that greet mistakes from the Serb when he takes on Federer at Wimbledon or in London’s ATP Finals a shocking lack of respect for a player who has achieved so much in the game.

If circumstances allow him to achieve his goals, Djokovic is destined to become the best player of all-time as he is favourite to finish ahead of Federer and Nadal in the Grand Slam stakes, while he is just one behind Nadal for all-time Masters Series titles with 34 career wins.

His run of 15 straight finals reached in the 2015 season is an open era record, while he became the only player to hold all four Grand Slams and ATP Finals title simultaneously when he lifted the Australian Open title in 2016.

It adds up to a list of achievements that give Djokovic a platform to become the greatest player of all-time and maybe by the end of his career, the fans who continue to refuse to embrace his brilliance will appreciate they are in the presence of greatness.