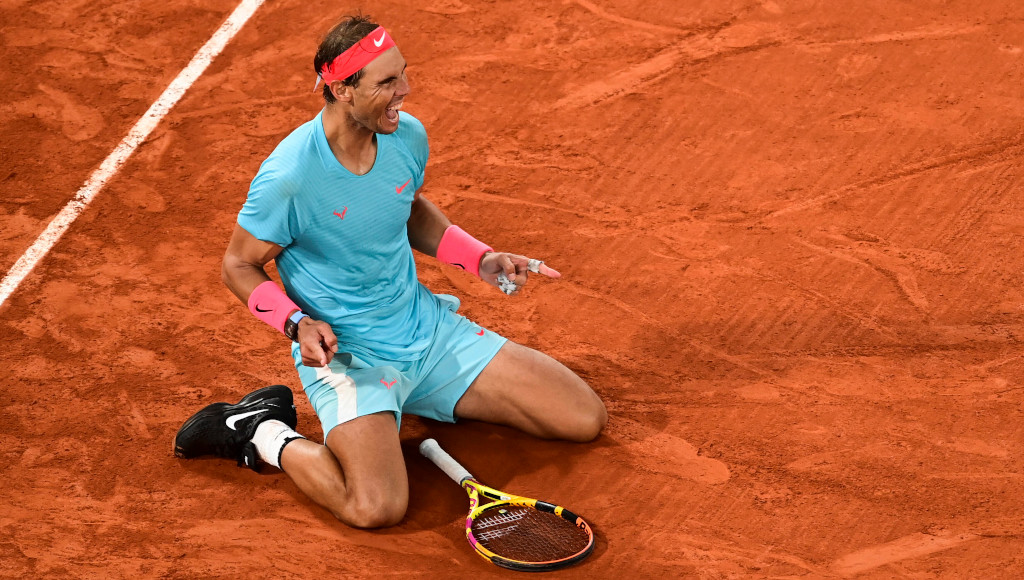 In two hours and 41 minutes of unrelenting brilliance, Rafael Nadal offered up just 14 unforced errors in a flawless performance that saw him beat great rival Novak Djokovic 6-0, 6-2, 7-5 in a compelling French Open final.

On a day when world No 1 Djokovic threw everything he had at him and was rewarded with very few crumbs of comfort, Nadal moved level with Roger Federer at the top of the list of Grand Slam champions as he collected a magical 20th title.

By contrast, Djokovic served up 52 unforced errors as each and every facet of his game was torn apart by Nadal, who played with a control and brilliance that made him impossible to beat.

When he was pushed in the third set, Nadal had all the answers as he found a way to break Djokovic in the eleventh game and serve it out to get his hands on the famous silver trophy once more.

Has there ever been a more complete performance on a clay court? Possibly not, with the eulogies flowing towards the Spaniard wled by his fallen rival for Djokovic.

“Today you showed why you are king of the clay. I have experienced it,” declared Djokovic. “I am not so pleased with the way I played but I was definitely outplayed by a better player on the court today.

“I want to say a huge congratulations to Rafa, your team and your family. What you are doing on this court is unbelievable and not just on this court.”

Novak was speaking after he became the latest tennis player to fall to Nadal’s brilliance on a court he has long-since made his own.

Yet this victory may rank among his most memorable, as he turned in a performance of immaculate perfection that included just 14 unforced errors as he produced flawless tennis over the opening two sets that saw him drop just two games.

How it started: How it's going: @RafaelNadal #RolandGarros pic.twitter.com/6zfBuKADun

“It’s been a very tough year. Winning here means everything to me,” said Nadal. “It’s not about equalling Roger on 20, for me today it’s just a Roland Garros victory.

“Roland Garros means everything to me. I spent most of the most important moments of my tennis career here.”

Humility has always been a reason why Nadal is such a beloved figure and now that he has broken through the barrier of 20 Grand Slams, the debate over the greatest player of all-time can be reopened.

It seems inevitable that Nadal will win a couple more French Open titles after this dominant triumph and with Djokovic now three behind his great rivals in the league table that is used to identify the greatest of all-time, the question is will he ever get to that golden total of 20 himself.

Emotionally, Djokovic has shown signs of frailty in recent months and while few would back against him winning a few more major titles over the next couple of years, Nadal’s dominance on clay will ensure his battle with Novak to win the most major titles will rumble on for some time to come.

As for the aforementioned Federer, he can only look on as his two great rivals continue to eat up his records with insatiable relish.