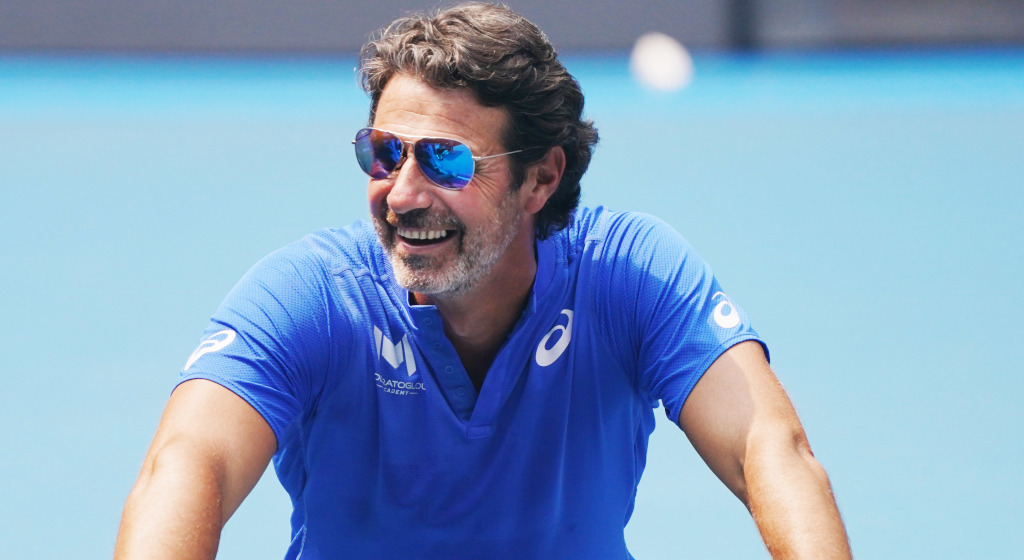 He has coached some of the game’s greatest players and guided the career of the legendary Serena Williams since 2012 and now Patrick Mouratoglou has given us his inside track on how to make the most of your game on a clay court.

Mouratoglou has signed up to be an ambassador for Slinger Bag, the revolutionary new aid that will allow tennis players to practice without a partner and offers the possibility to take coaching clinics to a whole new level.

Here Mouratoglou gives us his tips on how to hone your skills on a clay court, with the final stages of the French Open set to dominate the tennis narrative in the next few days.

In order to be a very good clay court player, you need to master sliding.

There are two main keys to slide well. The first one is to always have the feet that slides oriented in the direction where you want to slide. The second is to start sliding one or two meters before reaching the ball, so that when you hit the ball, you have finished sliding and can immediately recover.

Stay on the forehand side of the court and have your Slingerbag feed you on your backhand side, run and start sliding in order to stop on the balls do it as many times as possible so that you anticipate well when to start sliding.

Then do the same on the other side.

2 Invest more on your qualities than ever

– If you have a great ball quality with heavy topspin, that is a great asset to play well on clay. Play higher in order to push your opponent back and control the court

– If you play flatter and don’t have the same ball quality, then you will have to take every opportunity to step inside the court, take the ball early and hurt. By doing that, you will put a lot of pressure on the typical clay courters who love to have time to organise and deliver their great topspin shots.

For the clay courters, have your Slingerbag feed you balls and play high and deep with a maximum of topspin. Measure the quality of your shot by the height of the contact between your ball and the back fence. The higher the better.

For the non-clay courters who play flatter, use your slinger bag to feed you balls and always go take them on the rise.

Drop shot is a key on clay. First because with the high trajectories and the topspin, the players are often pushed far from the baseline and drop shot becomes a very good option. Second because on clay, with a bit of slice spin, the ball stops and bounces low.

Use your Slingerbag to feed you some balls that will land right behind the service line. Hit drop shots with as much slice as you can. Then measure the quality of your shot by counting the number of bounces before the ball crosses the service line.

The spin is a major asset on clay. Topspin is by far the most efficient one. Clay helps it bounce higher and makes it difficult to control. You can use it with your groundstrokes and also with your serve. On the other hand, slice is not doing well with clay that slows it down and therefore gives time to the opponent to take control of the rallys.

Same exercise as the one we’ve seen on paragraph 2 for clay courters.

We are proud to announce our latest partnership with world-leading tennis coach & sports commentator, @pmouratoglou, who will bring his years of experience in the game as a top coach to further Slinger Bag’s global brand initiatives and growth. https://t.co/67Z3rY63n5 $SLBG pic.twitter.com/givwofHiz0

It is a key shot. Open the court as much as you can and whenever you see that your opponent is far and rushes back, play behind him. The fact that clay slides more than hard court makes it sometimes very difficult to change direction when you plan to go to the opposite one initially

Have your slinger bag feed you only forehands first. Play the first one with the maximum angle cross and take the second one on the rise playing cross again. Because when you want to wrong foot your opponent, you need to surprise him on his way to the center of the court. By taking the ball early, he will stop to go back too late.