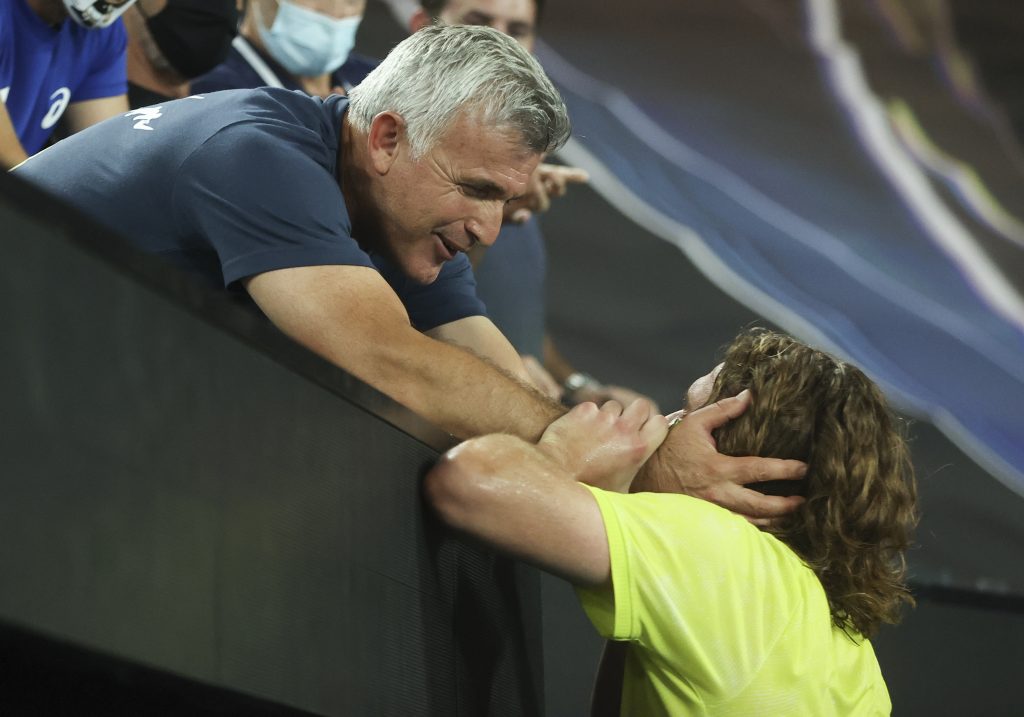 They have knocked on the door time and again and threatened to break through time and now, after so many false dawns, we finally appear to be reaching a tipping point at the top of men’s tennis.

It wasn’t just the sight of Stefanos Tsitsipas beating the great Rafael Nadal in a thrilling battle of wills in the Australian Open quarter-finals that gave a sense we are on the brink of something bright and new in a game so dominated by three great champions over the last 15 years.

Shock waves have rippled through the tennis world on the rare occasions when Roger Federer, Novak Djokovic or Nadal have been beaten in a Grand Slam by a lower ranked player, but there has never been a scenario when a rising star of the game has come from two sets down to beat one of the modern icons in such emphatic fashion.

The 3-6, 2-6, 7-6(4), 6-4, 7-5 for Tsitsipas was delivered with an authority that confirmed the Greek superstar-in-the-making is ready to step up to the plate and challenge for the biggest titles in the game, with the 2019 ATP Finals champion emerging as the player who could be part of a new era ready to topple the ‘Big Three’.

“There’s no doubt he’ll win a Grand Slam title,” former British No.1 Tim Henman told Eurosport.  “He’s one of those players I feel like has been around a long, long time but he’s only 22 years of age.

“To produce a performance like that, the technical side but also the physicality – to go toe-to-toe with Nadal and be the guy that comes out on top, that’s going to give him huge confidence for the next round irrespective of what happens in the future but there are big titles to come.

“Stefanos talked about his attitude, but for me when he was two sets to love down – Rafa was just absolutely incredible, he was being beaten in every facet of the game – so the beauty of five sets is that you get that extra opportunity but you have got to have the belief you can still do that.

“At that stage, he just said to himself that he has nothing to lose, I have got to be more aggressive, I’ve got to take the shots on, but when you do that it’s very easy to make more unforced errors but he didn’t do that and he was able to sustain that for such long periods. It was an unbelievable performance from Tsitsipas.

“Once Rafa didn’t take that third set, Tsitsipas is in there, going to believe more and more, the energy levels of the younger player grew more and more.”

While the pretenders to the big titles have generally failed to maintain the level of tennis needed to beat Federer, Nadal and Djokovic over five sets, Tsitsipas confirmed he can sustain his brand of attacking tennis for long enough to beat them.

His fizzing first serve and blistering ground shots were too much for Nadal to handle and long before the end, it was clear the Spaniard was hoping for a dip in performance from his opponent rather than wrestling control of the match back from him.

It was a chastening experience for a player who has generally found a way to win battles such as this, but maybe it was a sign that 2021 will mark the moment when the dominance of Roger, Novak and Rafa will come to an end.

The last of the ‘Big Three’ remains the man to beat in the final few days of the Australian Open, but it feels like the new wave are starting to lap around their ankles.

We have waited so long for a new era in tennis and at last, it seems to be with us.