WATCH: Andy Murray and Peter Crouch face off on the padel court 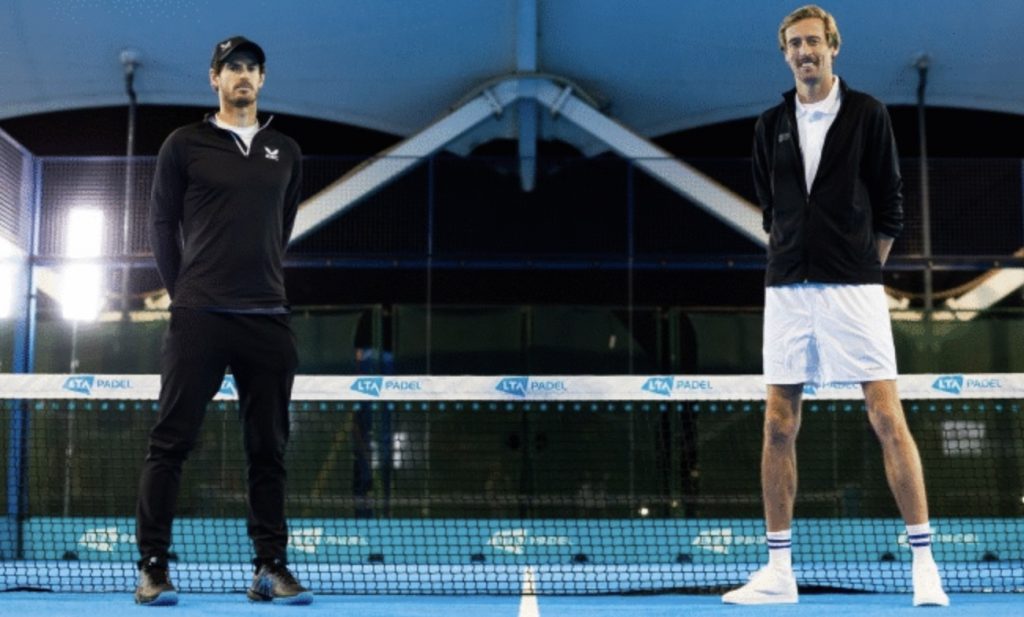 We have featured padel on numerous occasions over the last couple of years and the sport was given the ultimate showcase as Murray and Crouch played eachother in a game to raise money for BBC’s Children In Need.

Not the last time you will see @andy_murray on a padel court! Great sketch with @petercrouch for @BBCCiN in Need! Keep donating 👇🏼 https://t.co/9qQopb43u8#padel #tennis #football #childreninneed pic.twitter.com/LnPlxyZrkU

In an exclusive interview with Tennis365, Crouch told us last year that he was a big fan of tennis and his height ensured he was good at the sport in his youth.

“I loved tennis as a kid and was pretty good at it in my age category,” Crouch told us. “There was a time when I had to decide whether I would play tennis or go with football and, in the end, my passion for football was probably a bit stronger.

“I had a big serve. My problem was that when the ball came back over the net! I was not so good then and that was always going to be a problem, but I’m sure I would have improved if I had given my all to tennis as I have done in football.

“Who knows if I would have been good enough to make it at tennis. I often wonder about how far I could have got and when I go to Wimbledon now or watch the sport in TV, there is a part of me that questions what might have been if I had gone with tennis.

“When I look back at the career I’ve had in football, I have to think I’ve made the right choice. I’ve played for massive clubs like Liverpool and Tottenham, scored for England at the World Cup finals and it would have been tough to reach those kind of sporting heights as a tennis player because it is a very competitive sport.”

So @petercrouch challenged me a while back to a game of tennis, apparently he used to be quite good. Not sure he was quite prepared for padel tennis though… He tried every trick in the book to try and get the win… tune in to @BBCCiN tonight to find out how he got on…. pic.twitter.com/1JIOGJSZ8t

Crouch was eager to tackle Murray on the padel court, with the rapid and fast-moving game making for a great battle between the two sporting giants.

“I’ve finally had the chance to fulfil my dreams of being a tennis star with the help of BBC Children in Need,” said Peter. “I’m so glad I could be a part of something that helps so many children across the UK.”

Murray added: “Crouchy challenged me a while back to a game of tennis, apparently he used to be quite good,” said Andy. “I’m not quite sure he was prepared for padel though.  He tried every trick in the book to try and win, you’ll have to watch BBC Children in Need’s 2020 Appeal Night to find out how he got on.”