How to watch: Queen’s Club Championships and Halle Open semi-finals 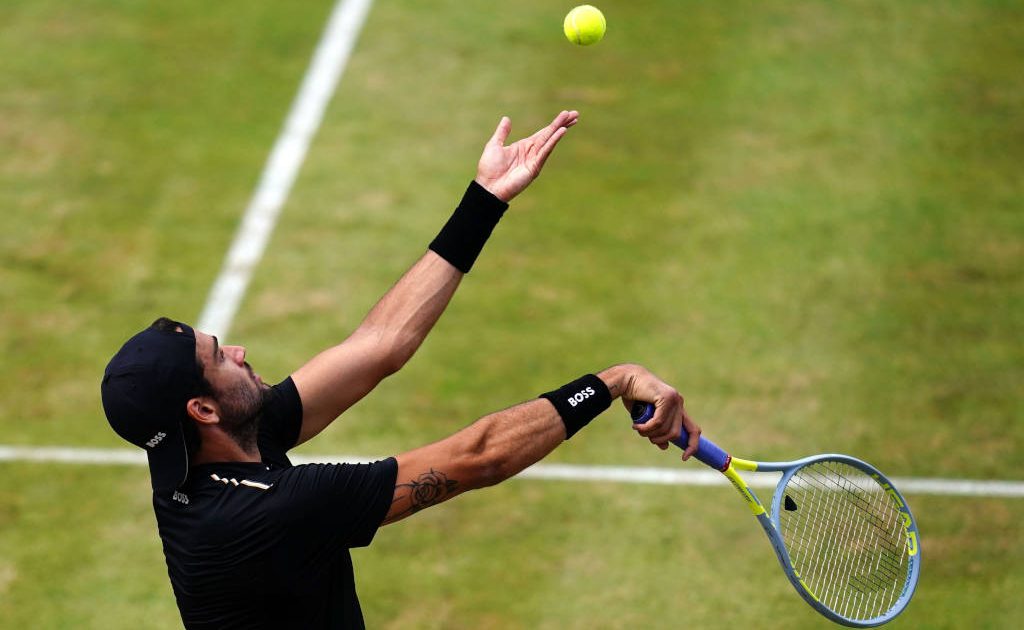 The ATP 500 events at the Queen’s Club and Halle’s OWL Arena are down to the last four.

In London the action will get underway at 13:00 (BST) when Botic van de Zandschulp takes on defending champion Matteo Berrettini.

Great Britain’s Lloyd Glasspool features in the doubles final which will follow.

Glasspool has teamed with India’s Rohan Bopanna to reach the championship match and they will face Denis Shapovalov and his Finnish partner Harri Heliövaara.

In Halle, World No 1 Daniil Medvedev will need to battle past home hope Oscar Otte to reach a second consecutive ATP Tour final.

The first of the semi-finals is set to start no earlier than 13:30 (BST)

After that matchup we will be treated to a mouthwatering contest between Nick Kyrgios and Hubert Hurkacz with plenty of power and craft likely to be on display in Detmold.

The Halle Open Men’s Doubles Final between the team of Tim Pütz and Michael Venus and the pairing of Marcelo Arévalo and Jean-Julien Rojer will follow.

Viewers hoping to catch Halle Open will, in most cases, need to stream across the global service Tennis TV or on Amazon Prime Video.