T365 Recalls: Five other occasions when tennis players let frustration get the better of them 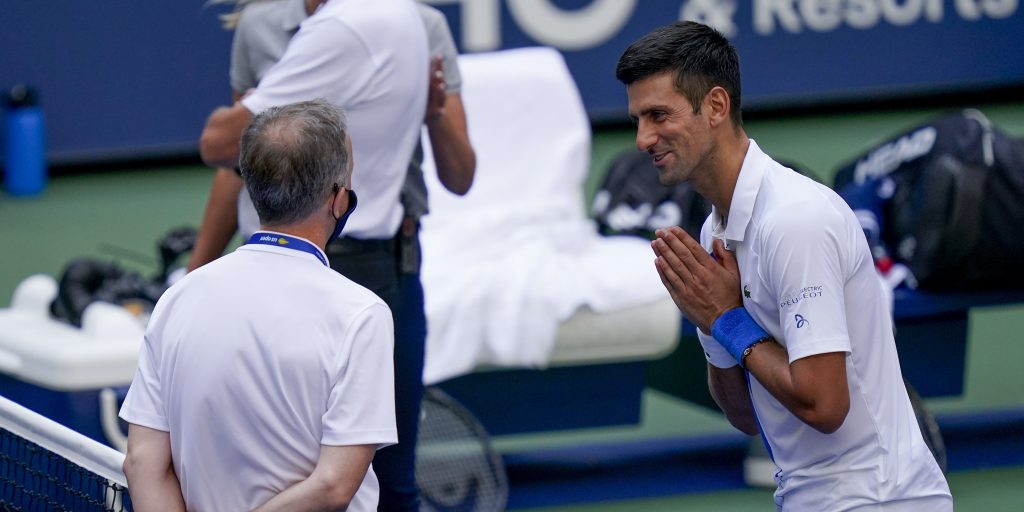 Novak Djokovic is not the first top tennis star to let frustration get the better of him. Here are five more occasions on which the stresses of the sport have proved costly.

Shapovalov said he was “incredibly ashamed and embarrassed” after he was defaulted for hitting the umpire with a ball midway through the deciding rubber of Canada’s Davis Cup clash with Great Britain in 2017.

A mishit shot on break point prompted Shapovalov’s angry volley which left umpire Arnaud Gabas with a bruised eye – and Great Britain with a place in the quarter-finals.

Nalbandian was defaulted midway through the Aegon Championship final against Marin Cilic at Queen’s Club. The Argentine reacted to having his serve broken in the second set by kicking an advertising hoarding that was in front of the chair of line judge Andrew McDougall. The plywood board came off its hinges and ploughed straight in to McDougall’s shin, causing an inch-long cut.

The American was always highly strung but at Wimbledon 1995 this reached new levels. After being annoyed by a serve being called out, Tarango told the barracking crowd to shut up.

Umpire Bruno Rebeuh issued a code violation, prompting Tarango to storm off court – defaulting the match – and accuse the official of being corrupt. Tarango’s wife Benedicte then slapped Rebeuh across the face. He was banned from Wimbledon the following year.

Tennis’ most famous outburst was McEnroe’s use of the phrase ‘you cannot be serious’ during the 1981 Wimbledon championships. Controversy was never far from the volatile American.

In 1984 he was suspended for 21 days for exceeding a $7,500 limit put on fines that had been instigated because of his behaviour when he demanded of an umpire, “Answer the question, jerk”. McEnroe, meanwhile, was thrown out of the Australian Open in 1990 for swearing at an umpire, the tournament supervisor and referee.

The pick of the Australian’s numerous indiscretions include a fine and a suspended ban for making a slur about opponent Stan Wawrinka’s girlfriend during a Rogers Cup match in 2015; a $41,500 fine and an eight-week ban for “lack of best efforts” against Mischa Zverev in the 2016 Shanghai Masters, in which he asked the umpire to stop proceedings so he could “finish the match and go home”; and defaulting from the 2019 Italian Open after swearing at a linesperson and throwing a chair onto the court during his third-round match against Casper Ruud.

The darling of Wimbledon had an inauspicious start to his All England Club career when he was defaulted during a doubles match in 1995. In an incident similar to that of Shapovalov, the then 20-year-old, playing with Jeremy Bates,
whacked a ball in anger across the net and accidentally hit a ball girl.

Ironically, one of the beneficiaries of the default was Tarango, playing with Sweden’s Henrik Holm.