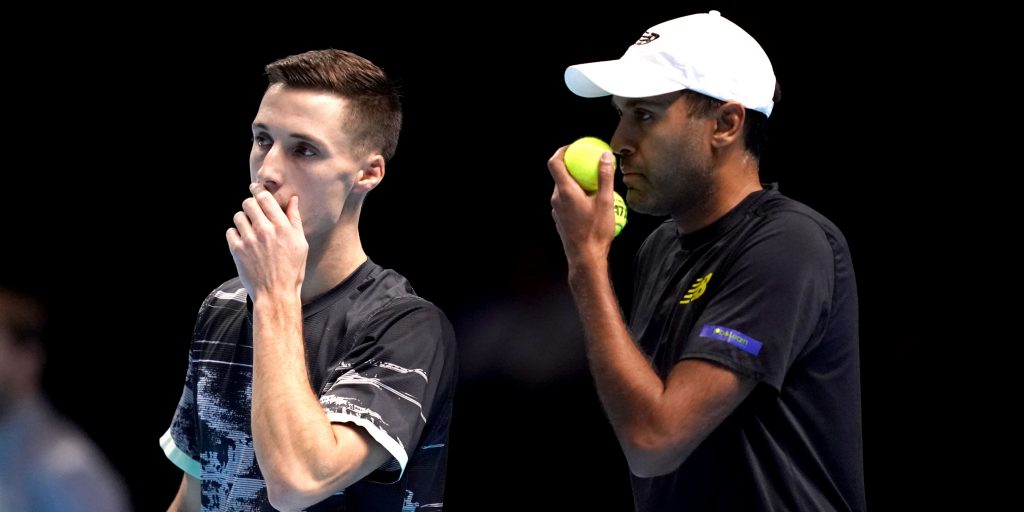 Joe Salisbury will bid for a second Grand Slam doubles title alongside American Rajeev Ram at the Australian Open on Sunday.

The defending champs are into the final!@RajeevRam/@joesalisbury92 keep their #AO2021 title hopes alive with a 6-4 7-6(2) win over Murray/Soares.#AusOpen | #AO2021 pic.twitter.com/Cw9TNV8F7F

Salisbury grew up close to Wimbledon in Putney and started playing tennis aged three. He has worked with one of his current coaches, Justin Sherring, since he was six. But he was hit badly by glandular fever in his mid-teens and was unable to pick up a racket for a year.

Having not made the progress he had hoped for in tennis, Salisbury headed off to college in the United States, studying for an economics degree at the University of Memphis. He went back on the singles circuit after graduating but fatigue and injuries eventually led him to concentrate on doubles.

Salisbury was well below the radar even in British tennis circles until Wimbledon in 2018, when he and Dane Frederik Nielsen made a surprise run to the semi-finals. Nielsen had form in upsetting the odds having previously won the title with Jonny Marray. The result lifted Salisbury into the top 50.

Long-term partnerships are increasingly rare on the doubles tour but Salisbury and Ram are playing together for a third season and enjoyed success virtually from the start. They qualified for the ATP Finals in London in 2019 and then beat Australian duo Luke Saville and Max Purcell to win the title in Melbourne last year.

Salisbury, who away from the court is a keen surfer and supports Fulham in football, is quite happy to stay out of the limelight. He has very little presence on social media and will be keeping it that way. “I think obviously in some ways it is good to kind of build your brand, but it’s just not really something that I enjoy doing,” he said.