A look at Britain’s competitors at Australian Open: From Jo Konta and Francesca Jones to Dan Evans 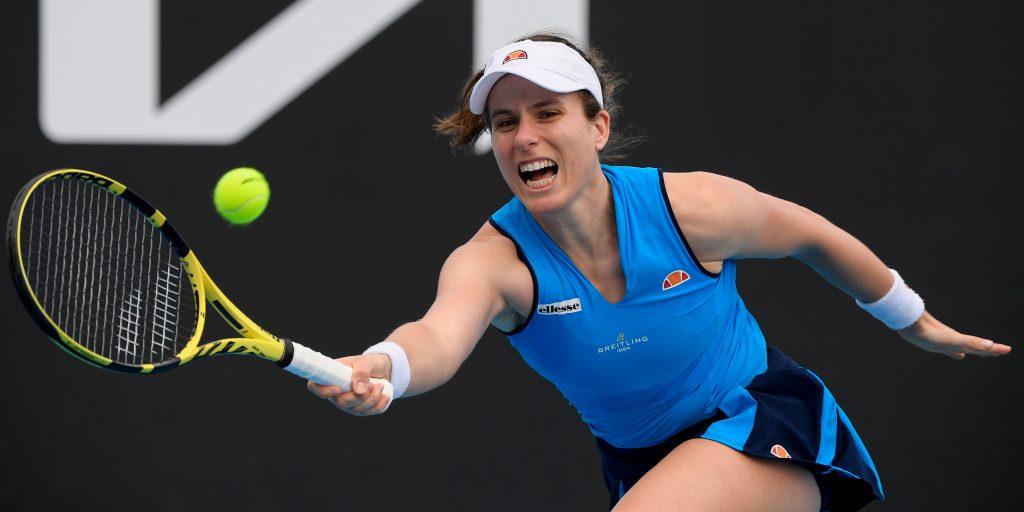 After a disappointing year at the Grand Slams in a disrupted 2020, Britain’s tennis players will hope for a positive start to 2021 at the Australian Open.

The absence of Kyle Edmund, who continues to struggle with a knee problem, and Andy Murray following his badly timed bout of coronavirus leaves six British singles players in the main draw.

Here, we at Britain’s hopefuls at Melbourne Park.

The temporary switch to a two-year ranking system has kept Konta in the top 15 despite a disappointing 2020. An ongoing knee issue did not help but the 29-year-old’s reunion with coach Dimitri Zavialoff offers hope that she can rediscover her form of 2019.

Watson won her fourth WTA Tour title in Acapulco last February to return to the top 50 but struggled after the resumption of the WTA Tour, failing to win a match until December.

The 28-year-old was unfortunate to be one of the 72 players forced to isolate in her hotel room for two weeks on arrival in Australia.

How about @katiecboulter! She has been playing incredible 🔥

Boulter entered the tournament using her protected ranking after a long injury absence due to a back problem. The 24-year-old has made little progress since returning in November 2019, but two victories to start the Australian swing, the second over Coco Gauff, is a very positive sign.

Fran Jones powers to victory 6-0, 6-1 against Lu Jiajing to book her place in the main draw#BackTheBrits 🇬🇧 pic.twitter.com/1KhKxTsnXE

Jones’ feat in qualifying for her first Grand Slam has been rightly lauded. The 20-year-old was born with a condition that affects the development of hands and feet and has only six fingers (plus two thumbs) and seven toes. Not surprisingly her determination is one of her biggest strengths.

The British No 1 will again be seeded after a 2020 season that brought him eight victories over top-20 players, but only two wins in total at the Grand Slams. Evans, 30, is trialling a new coach in Australian Chris Johnstone following his split from mentor Mark Hilton.

In the zone…@cam_norrie serves up a 27-minute bagel to Frances Tiafoe, and it’s no wonder with shots like these 😮#DBOpen pic.twitter.com/NaDjqvhky1

Norrie was the most impressive British player when the ATP Tour resumed last summer, reaching the third round of a slam for the first time at the US Open. He began 2021 in encouraging fashion by making the semi-finals of the Delray Beach Open. Looking for his first main-draw victory in Australia.