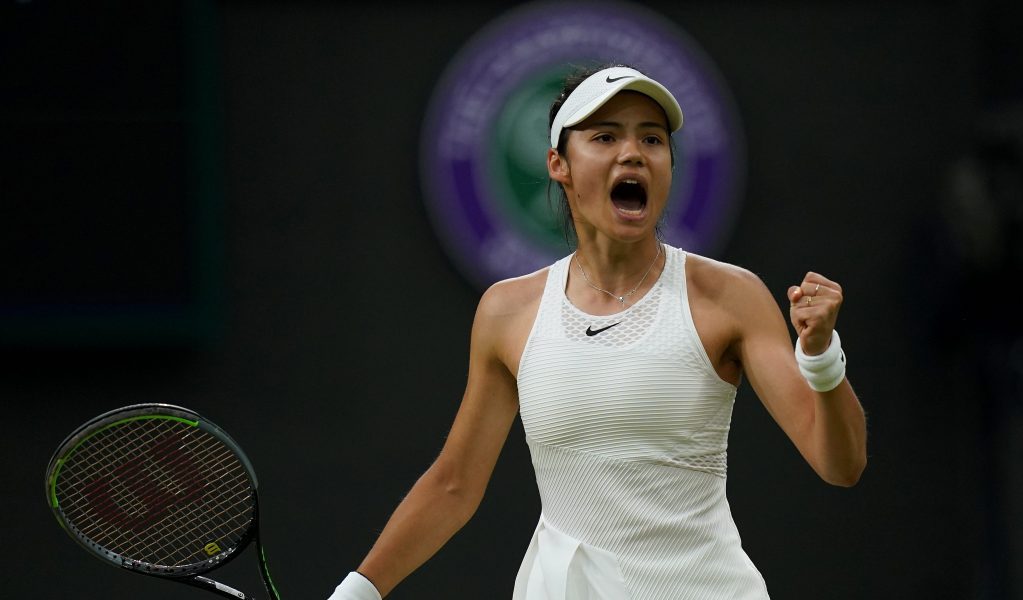 British teenager Emma Raducanu is through to the quarter-finals of the US Open after defeating American Shelby Rogers on Monday.

The 18-year-old has now surpassed her breakthrough run at Wimbledon, where she reached the fourth round in the summer.

Here is a closer look at Raducanu.

Bursting onto the scene

Raducanu was an unknown wildcard when she arrived at Wimbledon earlier this year, ranked a lowly 338 in the world and with just one WTA Tour-level match under her belt. Yet, fresh from sitting her A-Level exams, she made a dramatic entrance on the big stage. In beating Vitalia Diatchenko, French Open finalist Marketa Vondrousova and world number 45 Sorana Cirstea she became one of the stories of the tournament.

Her success made her the youngest British woman to reach Wimbledon’s second week since 1959. Her run ended in frustrating circumstances as she was forced to retire against Australian Ajla Tomljanovic after suffering breathing difficulties, an outcome which led to a first brush with how harsh the media spotlight can be as her resolve was questioned.

It is incredible to think that Raducanu only made her first WTA Tour main draw appearance at this year’s Nottingham Open. She lost 6-4, 6-3 to compatriot Harriet Dart in the first round before making the quarter-finals of a lower-level tournament at the same venue the following week.

That persuaded Wimbledon to offer her a wildcard into the main draw. Immediately prior to that, Raducanu had been combining tennis with her education. She missed a number of tournaments abroad as she prepared for exams at Newstead School. She achieved an A in maths and an A* in economics but is now focused on a tennis career.

Raducanu has a mixed background. She is an only child, born in Toronto in 2002 to a Chinese mother (Renee) and Romanian father (Ian). The family moved to England when she was two and she was raised in Bromley, south London.

Despite her English upbringing, she has fond memories of going to see her grandmother in Romania. She said: “My grandma, Mamiya, still lives in central Bucharest. I go back a couple of times a year, stay with her, see her. It’s really nice. I love the food, to be honest. I mean, the food is unbelievable. And my grandma’s cooking is also something special. I do have ties to Bucharest.” 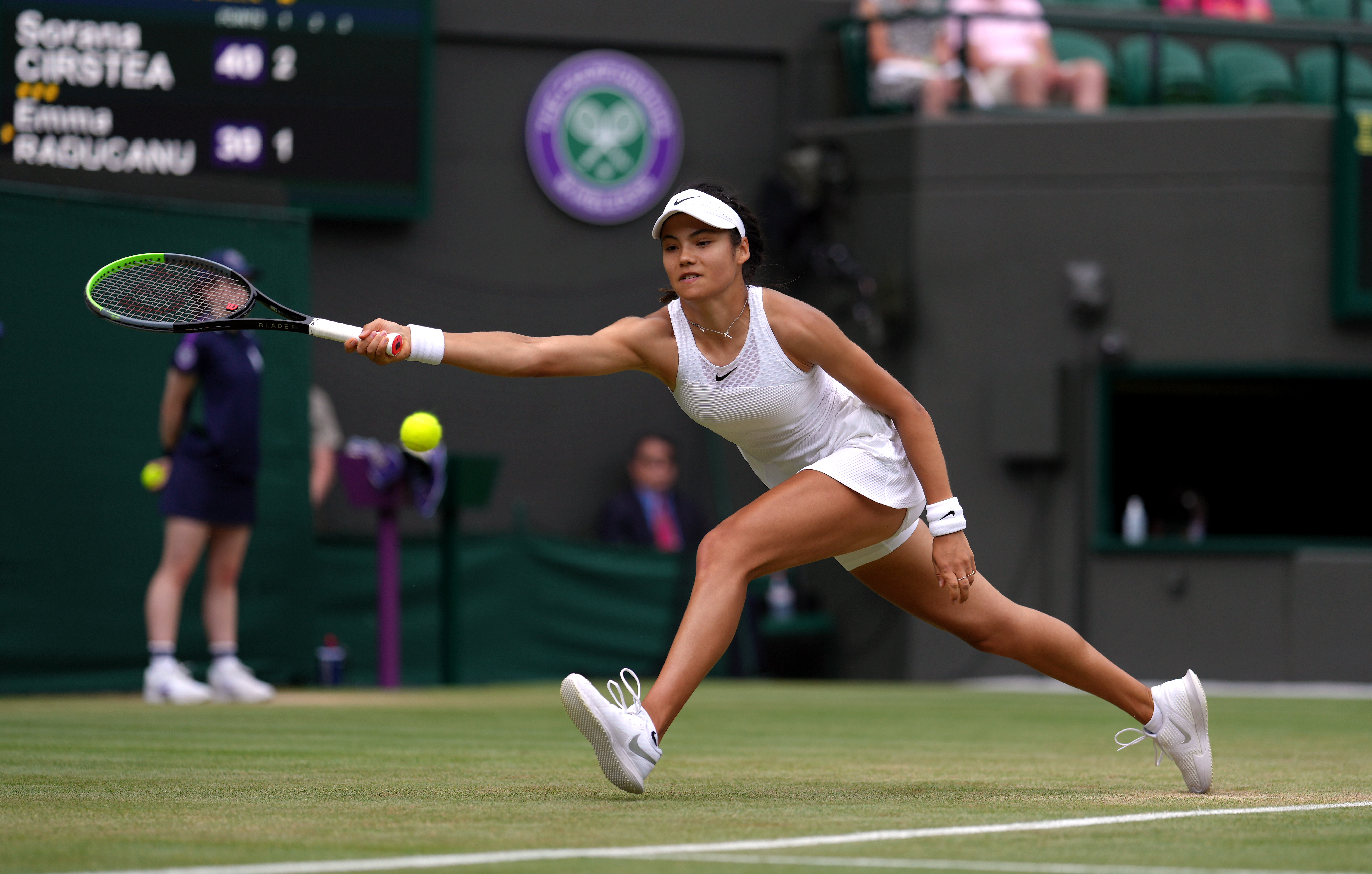 Raducanu began playing tennis at the age of five at Bromley Tennis Academy. It was perhaps inevitable she would have a sporting life, given the way her father encouraged her as a youngster. After initially attending ballet classes, Raducanu tried horse riding, swimming, tap dancing, basketball, skiing, golf, go-karting and motocross, all alongside tennis, which it soon became apparent was her strength. 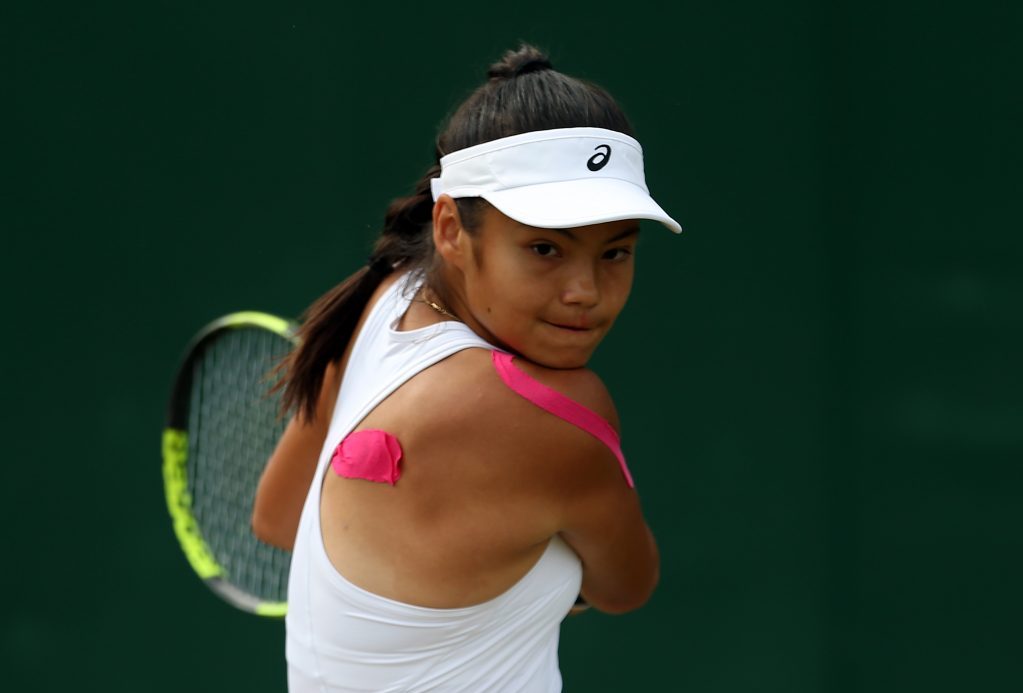 Raducanu won her first ITF junior title the week she turned 13, the earliest age at which she could compete. She won her first ITF professional title in Israel in May 2018. She also has some sort of form at the US Open, having made it to the quarter-finals finals of the junior event in 2018, the same year she also reached the last eight of the Wimbledon equivalent.

Raducanu has come a long way since first earning a world ranking in 2018. She ended that year ranked 692. Twelve months later she had risen to 503 and she was 343 at the end of last year. Her Wimbledon exploits saw her leap to 179 and she is currently at 150.

Her performances in New York have guaranteed she will rise to at least 74 when the rankings are next updated and another victory could see her overtake Johanna Konta and Heather Watson to become British number one. 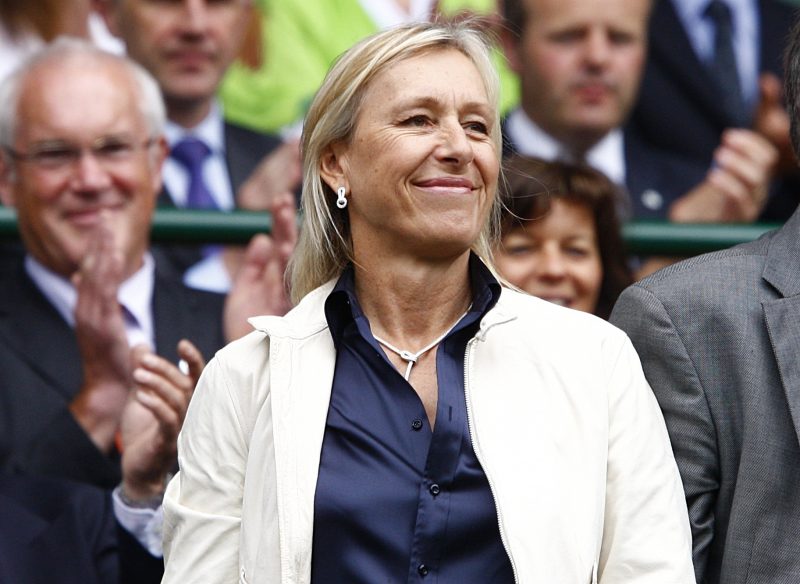 Martina Navratilova has led the praise for Raducanu in New York.

“You see special when you see it for the first time, you know that you’ve got something special, and she’s one of those people,” said the 18-time grand slam title-winner. “It’s not hype, it’s real.”