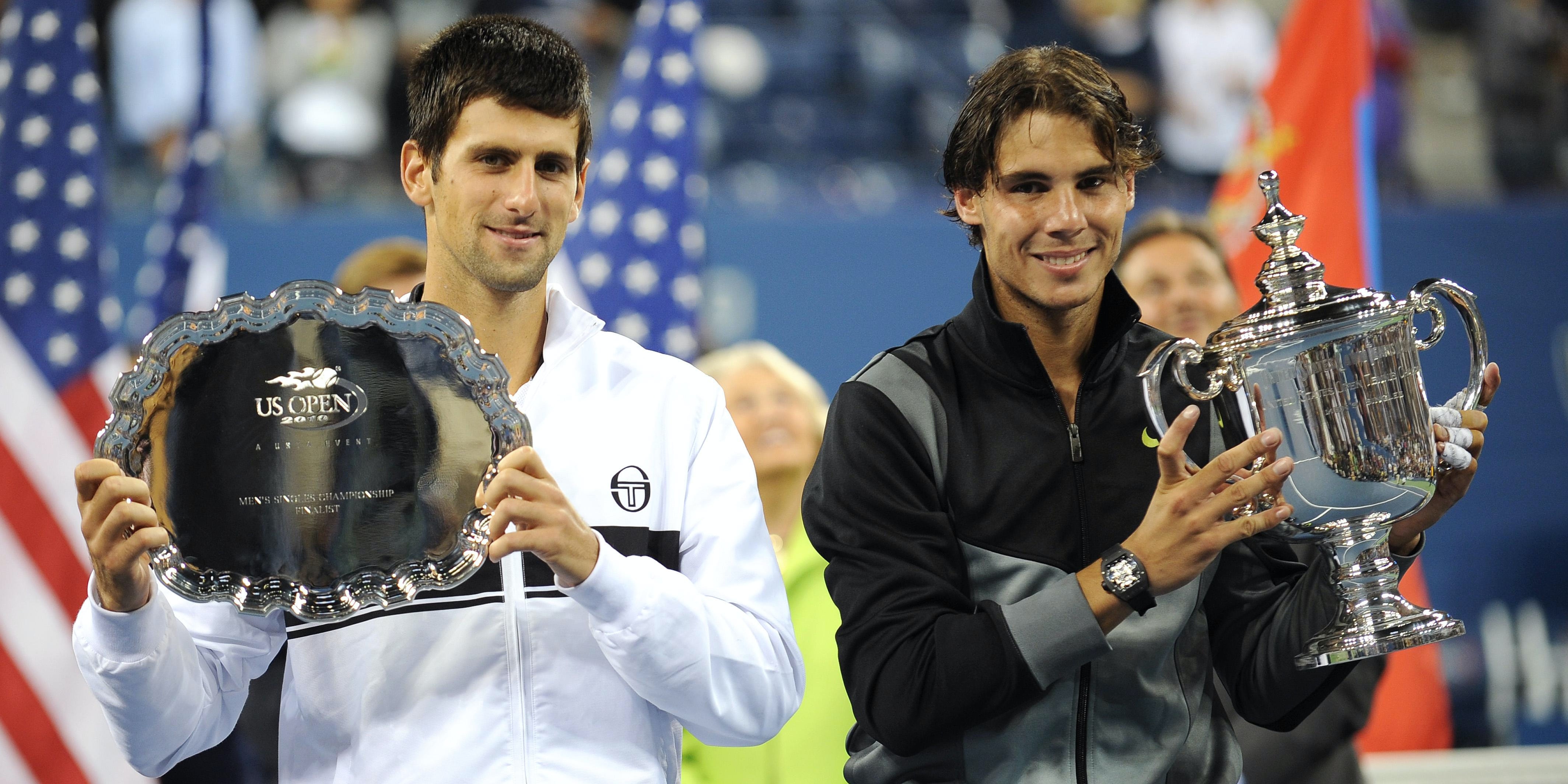 Novak Djokovic and Rafael Nadal will contest their ninth Grand Slam final at the French Open on Sunday.

The duo have split their previous eight major finals, winning four each. Should Nadal win a 13th Paris title he will draw level with Roger Federer on 20 Grand Slam crowns, while Djokovic will edge closer to his great rivals on 18 if he triumphs.

Nadal went into their first major final on the back of a three-match losing streak against Djokovic. But he defeated the Serbian 6-4, 5-7, 6-4, 6-2 to win his first US Open title and become the seventh man to complete the career Grand Slam.

Djokovic claimed his third Grand Slam title of the year, and his first in New York, when he defeated the defending champion 6-2, 6-4, 6-7 (3-7), 6-1. The 24-year-old became the sixth man in the Open Era to win three majors in the same season.

The longest ever Grand Slam final was played out over a pulsating five hours and 53 minutes in the Rod Laver Arena and was won by Djokovic, who extended his winning streak over Nadal to seven straight matches with a 5-7, 6-4, 6-2, 6-7 (5-7), 7-5 victory.

Djokovic was appearing in the final at Roland Garros for the first time and was looking to become the first man since Rod Laver, in 1969, to hold all four grand slam titles. But in a match played over two days due to several rain delays, the king of clay prevailed 6-4 6-3 2-6 7-5 for a seventh win in Paris.

An enduring rivalry continued with their third Flushing Meadows final in four years and Nadal took the honours with Djokovic’s unforced error count of 53 costing him dear. Nadal was congratulated by Queen Sofia of Spain in the locker room after his 6-2, 3-6, 6-4, 6-1 success.

Djokovic, hunting for the only major trophy to elude him thus far, took the first set but the Spaniard hit back to win 3-6, 7-5, 6-2, 6-4 and become the first player in history to win nine titles at an individual Slam. He also drew level with Pete Sampras on 14 majors.

In their first meeting in a major final for five years, Djokovic played what he later described as his best quality of tennis as he steamrollered Nadal 6-3, 6-2, 6-3 for a record-breaking seventh Aussie triumph and 15th Grand Slam title.