‘I’m sorry I couldn’t give you any more,’ says Nick Kyrgios after injury ends his Wimbledon campaign 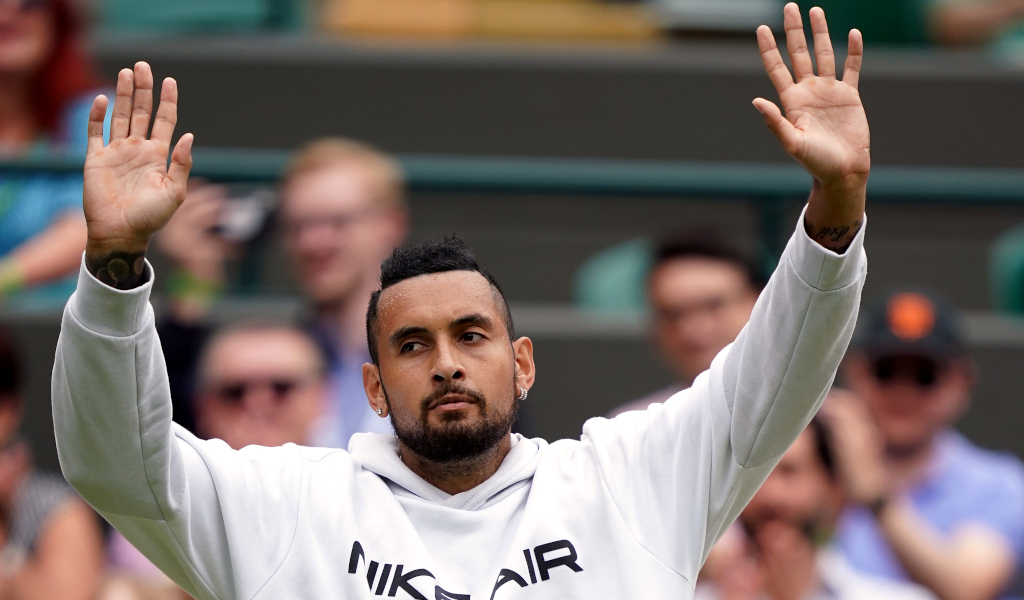 Nick Kyrgios’ Wimbledon was brought to a premature end after injury forced him to retire from his third-round match against Felix Auger-Aliassime.

The temperamental Australian, so often criticised for his on-court behaviour in recent years, has delighted the crowd this week with his tennis as well as his antics, while his mixed doubles pairing with Venus Williams lit up SW19 on Friday.

But Kyrgios, who had not played a single tournament since February before arriving in London last week, was forced to leave his own party early after suffering an abdominal injury while level at one set all against 16th seed Auger-Aliassime.

It was a sign of Kyrgios’ popularity this year that, despite being the loser of the match, he was interviewed on court afterwards.

Rest up, @NickKyrgios – look forward to having you back next year 👊#Wimbledon pic.twitter.com/WURhj58ErR

Kyrgios, who forgot his trainers before the match, said: “I haven’t played this level of tennis in a long time, so against a player like Felix I need my serve firing. I felt my ab towards the end of the first set.

“But playing out here and having this support has given me a second wind. I’m definitely going to come back and play a lot longer.

“I tried to play as long as I could and I’m sorry I couldn’t give you any more.”

It was a huge shame both for the Court One crowd and Kyrgios himself, especially given how he started the match.

However, he had needed a medical timeout at 5-2, and late in the second set he began serving at around 85mph.

Auger-Aliassime took the set 6-1 and Kyrgios sat down, briefly consulted the trainer before shaking his opponent’s hand.

He said his piece to the microphone and then waved goodbye to warm applause, the one-time bad boy of tennis now the unlikely darling of Wimbledon.