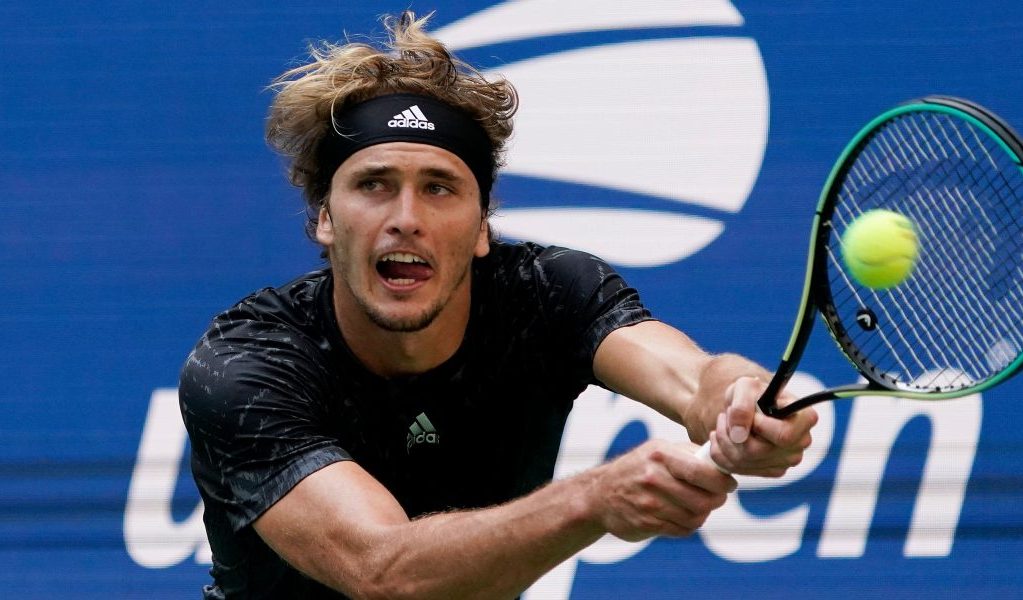 Alexander Zverev cruised into the US Open semi-finals with a straight-sets win against South Africa’s Lloyd Harris.

Fourth seed Zverev was untroubled after clinching a tight first-set tie-break and edged closer to a second successive final appearance at Flushing Meadows by defeating Harris 7-6 (8-6), 6-3, 6-4 in two hours and eight minutes.

Harris, playing in his first Grand Slam quarter-final, went toe-to-toe with Zverev in the first set, breaking the German’s serve to take a 5-3 lead and then serving to go one set up.

But Zverev broke straight back and, after both players had held serve to force a tie-break, he kept his nerve as the tension mounted to win 8-6, despite two mini-breaks against him.

The 2020 finalist is through to the final four for a second consecutive year! pic.twitter.com/LBm6aHtrrE

Zverev pounced again on Harris’ serve to open up a 3-0 lead in the second set and sealed it 6-3 with his first set point after 36 minutes.

Harris was broken in both his next service games to trail 4-0 in the third set and appeared to lose heart as Zverev closed in on victory.

World No 46 Harris then rallied to extend the match. He broke Zverev for the second time to trail 4-2 and hauled himself back to 5-4, but it was a brief recovery.

The victory helped the German to stretch his unbeaten run to 16 matches as he started the US Open on the back of winning the gold medal at the Tokyo Olympics and the Cincinnati Masters.

Zverev will face either world No 1 Novak Djokovic or Matteo Berrettini of Italy in the semi-final.