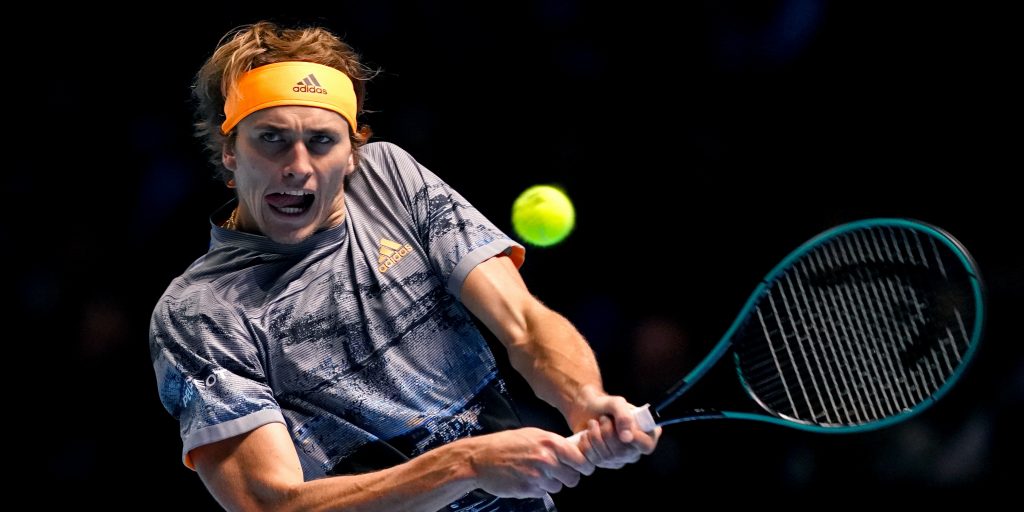 Alexander Zverev has opened up about the domestic violence allegations he is facing, apologising for the negative attention it has brought to tennis and insisting the picture painted by his ex-girlfriend is “not who I am”.

Former junior player Olga Sharypova made the accusations on Instagram two weeks ago before going into detail in two media interviews. During the second one, with Racquet magazine, she alleged the abuse drove her to attempt suicide.

Zverev, who also found out recently that he is expecting a baby with another former partner, put out a short statement on Instagram to deny Sharypova’s claims but had refused to provide any further answers to questions on the subject.

He changed that stance at his press conference ahead of the Nitto ATP Finals in London, saying: “Many people have asked me why I kept my mouth shut, why I didn’t say anything.

“While I very much regret that those accusations are made, I have to stick to my initial thing of them being untrue and continue to deny them.

“These accusations are just unfounded and untrue. We had our ups and downs but the way our relationship is described in the public is not how it was. That’s not who I am, that’s not how I was raised by my parents.

“It makes me sad the impact that such false accusations can have: on the sport, on the outside word, on myself as well. I truly apologise that the focus has shifted away from the sport.”

Zverev will play his first match at the O2 Arena on Monday against Daniil Medvedev, with play beginning on Sunday behind closed doors.

Close to three million fans have made the trip to Greenwich since the tournament was first held in London in 2009 and it is hugely unfortunate that that tally will not be added to before the ATP’s showpiece event heads to Turin next year.

Nadal, who takes on Andrey Rublev on Sunday evening, said: “The experience to play the ATP Finals at the O2 here in London has been one of the best, without a doubt.

“The atmosphere in this amazing stadium, the organisation has been great, the event has been very popular around the world, so I think the ATP made a great job choosing the O2, choosing London and creating a fantastic event for so many years.

“Of course in an event like this one I think tennis needs to keep moving, but at the same time it’s not fair to finish here in London without crowds. But that’s the thing that is happening today in this world.

“Just congratulate London for this amazing 11, 12 years that we have been playing here and I expect to have another great event in Turin.”

The coronavirus pandemic has meant a very different experience for the players, who usually stay at a central London hotel and travel to the O2 by boat.

This time their hotel is close to the arena and they are not even allowed to walk between the two.

“We are very lucky to keep playing our sport,” said Nadal, who is making another attempt to win the biggest title still missing from his CV.

“That’s the only thing that I can say. I can’t be negative. Of course it will be sad, especially playing with no crowd in this amazing stadium.”

Jamie Murray and Neal Skupski saw their hopes of qualifying for the doubles field end despite reaching the Sofia Open final.

By matching Murray and Skupski on Friday, Austrian Jurgen Melzer and Edouard Roger-Vasselin of France clinched the final spot.