Alexander Zverev: ‘I do believe that I will be a Grand Slam champion at some point’ 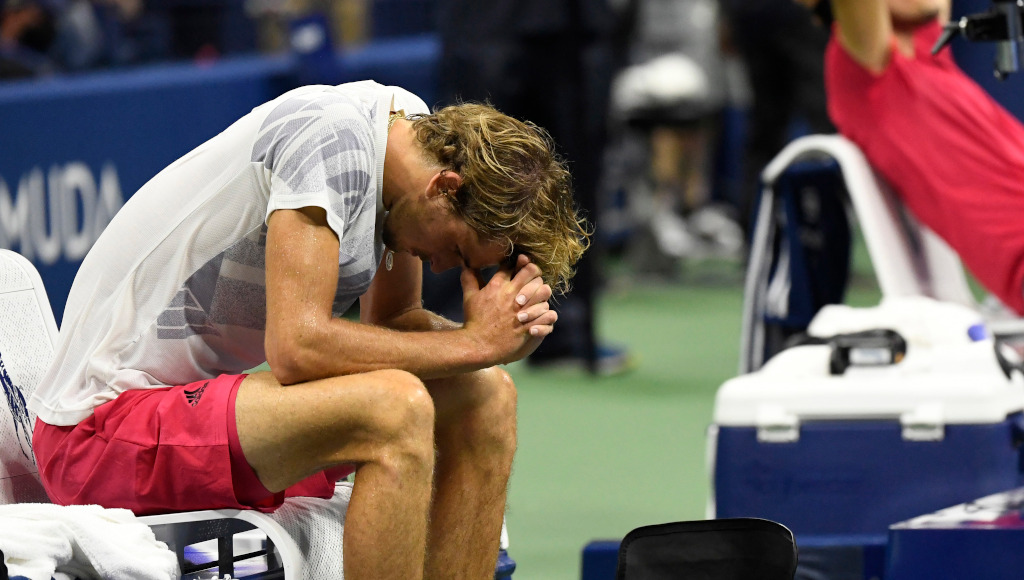 Alexander Zverev lamented his failure to take his chances to win the 2020 US Open, but insisted “I don’t think it’s my last chance” to win a Grand Slam.

The German was two sets to love up and also had an early break in the third set, but he allowed Dominic Thiem back into the match and the Austrian won the next two sets to draw level.

After paying tribute to his parents during an emotional presentation ceremony, he admitted being so close will haunt him, but he is far from down and out.

“Obviously being two sets to love and a break up in a Grand Slam final then losing is not easy.

“I was super close to being a Grand Slam champion. I was a few games away, maybe a few points away. What upset me the most is not the third set, it’s the fifth set. I had a lot of chances in the fifth set and didn’t use them.

“I’m 23 years old. I don’t think it’s my last chance. I do believe that I will be a Grand Slam champion at some point.”