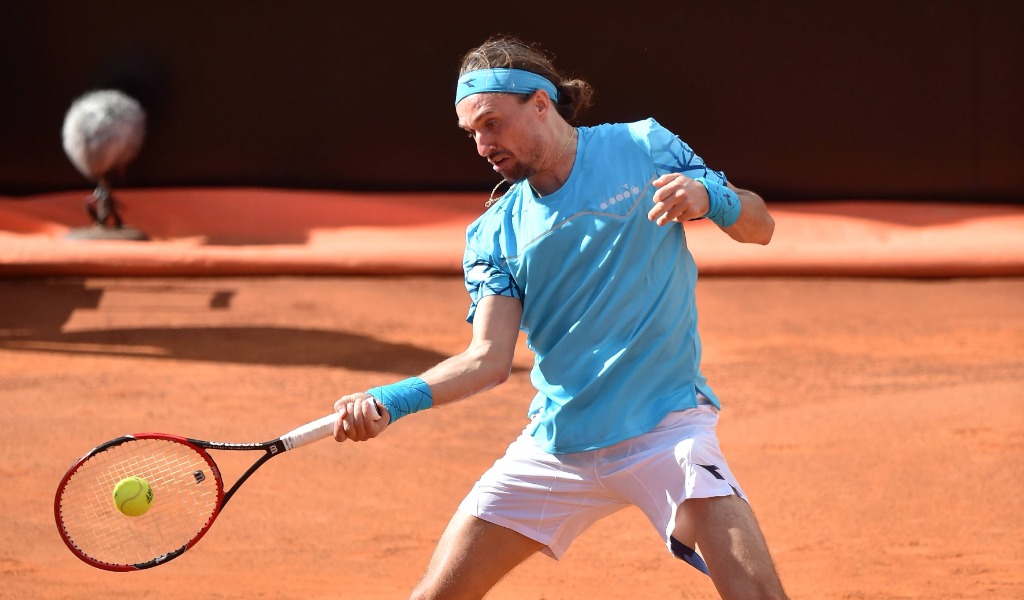 Alexandr Dolgopolov is one of a handful of former athletes who have gone to fight on the frontline in Ukraine to defend their home country from the invasion of Russian forces despite not having any military training.

While Rafael Nadal was out on the court on Sunday trying to win the Indian Wells Masters, his opponent at the very same stage in the competition in 2014 was in Kyiv with a gun in hand.

The 33-year-old had enough money to avoid fighting but that’s not something he wanted to do, instead he made sure his family were safe in in Turkey, he underwent a week of private training with a former military gunman and traded “rackets and strings” for weapons.

Although Russian tennis players have been sending messages of peace, including Andrey Rublev writing ‘No war please’ on the camera after one of his matches, Dolgopolov doesn’t think this is doing enough and they should be taking a stronger stance against the war.

“They’re nice guys, they have nothing to do with it, but my position – this has gotten to a magnitude where Russia is really threatening world war and the death toll is very high, tens of thousands of people, they are getting murdered so this is getting closer to a genocide and for this I think that every reaction possible should be deployed. I hope tennis will take a stronger stand like FIFA has done,” the Australian Open quarter finalist told Sports Illustrated.

“I know that Russian players have said, ‘No war,’ but no war is not really a strong enough position for me at the moment, it’s not condemning their country’s actions, if the tennis world wants to keep them playing they should really publicly condemn their government of doing the wrong actions.

“That is the only way the Russian people can stop President Vladimir Putin and from what we’re seeing now he has an unbelievably high acceptance level, it’s up to like 70%, they actually think the war in Ukraine is nothing, this is a joke, their brains are washed with propaganda.”

Dolgopolov hasn’t seen any fighting yet but he’s prepared to, and even is prepared to die for protecting his country if that’s what it takes.

“You fight in sport, you fight in here, you have to put your life on it,” he explained.

“I can’t tell you how it feels when you’re getting shot at.

“Maybe I’ll be killed, maybe I have to kill. What can I say? This is war.”

The war in Ukraine is still ongoing.