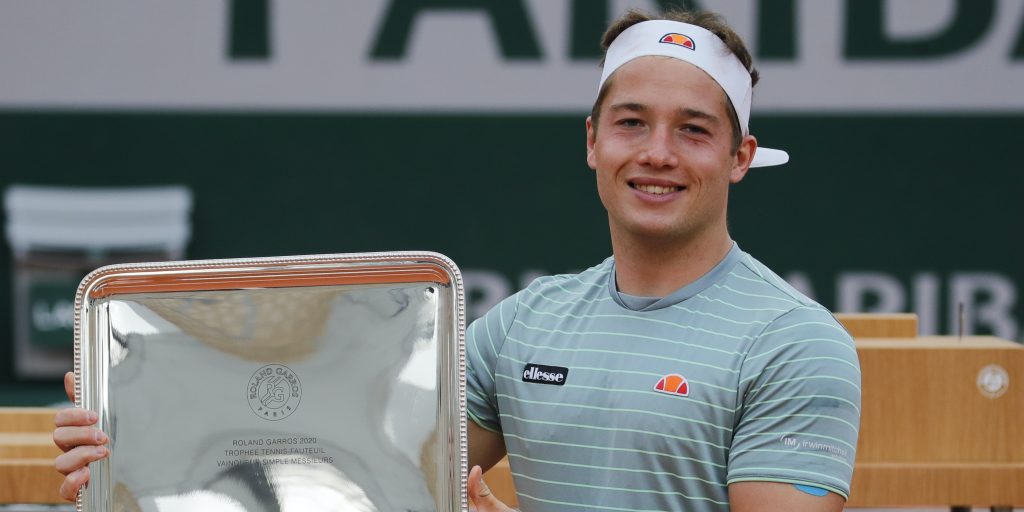 Hewett lifted the doubles trophy with Gordon Reid on Friday and came through another rollercoaster on Saturday, recovering from 1-3 in the deciding set to defeat Belgian Gerard 6-4, 4-6, 6-3.

Hewett needed treatment for a left shoulder problem at 1-3 0-30 and Gerard had three break points for a 4-1 lead but the British player dug in and did not lose another game.

It was Gerard’s turn to take a lengthy break at 3-5 for some repairs to his chair but the momentum was all with Hewett and he clinched victory on his first match point with a simple volley before throwing his racket into the air in triumph.

The 22-year-old said: “I’m still quite emotional. I haven’t really let it out yet. I think just the way the match was, I can’t believe I actually won it.

“I felt like it was going a little bit against me. The momentum was in my favour in the third set. I don’t really know how I’m sitting here victorious, to be honest.”

Hewett is playing on borrowed time after learning late last year that his disability, Perthes disease, is not judged to be serious enough to meet new classification rules.

This was due to be his final year but the delaying of the Paralympics until 2021 has meant a stay of execution, while Hewett is still hoping the decision will be overturned on appeal.

He said: “It always is a bit of a motivation for me. As much as I have struggled with the decision, the uncertainty of it, I can only channel that towards my tennis.

“I don’t like to think about life after tennis because it’s something that I’ve done for so long now. It’s in my blood. I love playing it. I wouldn’t want to stop playing at the age of 23, 24. That’s not in my plans. Hopefully that can get reversed and I can carry on.”

Andy Lapthorne was unable to make it a British double in the quad final, losing 6-2 6-2 to Australian top seed Dylan Alcott.