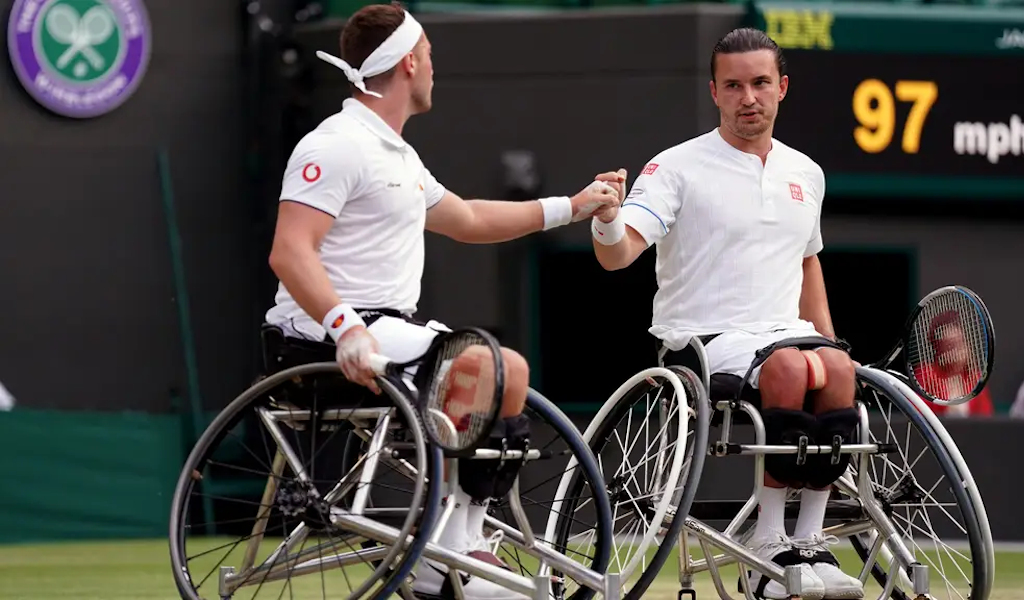 The top-seeded British duo were beaten 6-3, 6-1 by the second seeds in the final on Court Three.

Hewett and Reid had not lost a slam final together since Wimbledon in 2019.

Their reign was brought to a disappointing end when Hewett double-faulted on match point.

Hewett faces top seed Kunieda of Japan in the singles final on Sunday, having beaten Argentinian Fernandez in the semi-final late on Friday night.

Hewett said: “We can’t take anything away from these guys, they’ve been desperate to beat us for some time now.

“Yesterday was a massive day for myself, an incredible day that I’ll always remember, so today was challenging to go again. But we’ll be back next year.”