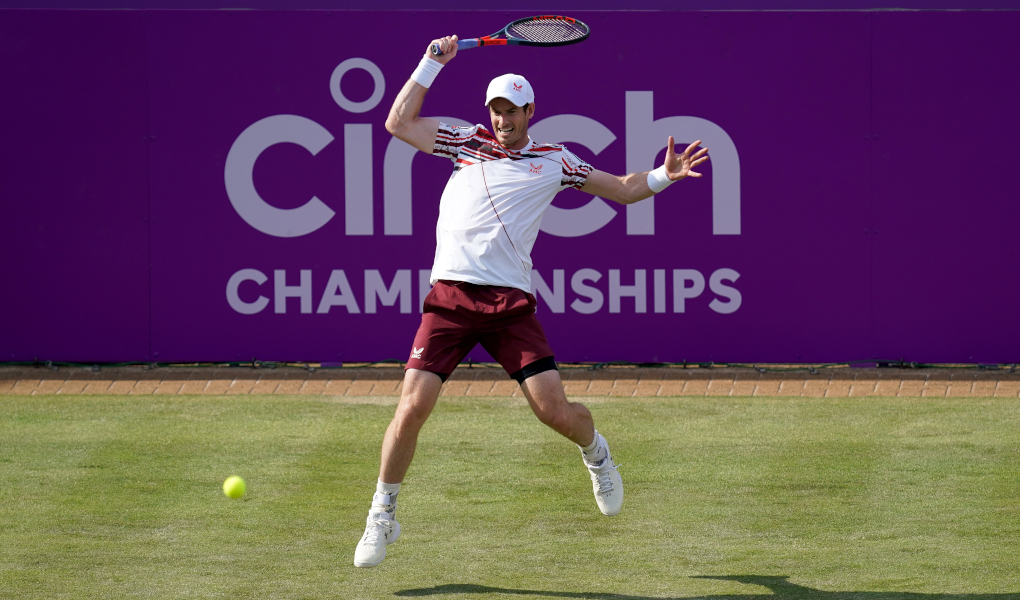 An emotional Andy Murray made a winning return to Queen’s Club with victory over Benoit Paire at the cinch Championships.

The former world No 1, back on the comeback trail following yet another injury setback, was playing his first singles match on grass since 2018.

After completing a routine 6-3, 6-2 victory at the scene of five of his title wins, Murray became tearful in his courtside interview.

He began: “The body is old. But I did quite well today in terms of my movement and stuff.

“It was my first match on grass in three years, I’ve only played three or four practice sets in the build-up so didn’t know how I was going to play or feel, so for a first match it was good.”

Murray could maybe not have hand-picked a more accommodating opponent in Frenchman Paire, who had won only two of his previous 17 matches this year, for his latest tentative return.

“I love playing tennis,” Murray added, before starting to well up.

“Sorry,” he continued. “Obviously competing is why you put in the hard work and in the last few years I haven’t been able to do that as much as I’d like, so it’s great to be out here and competing again.”

The Scot had voiced further concerns about his fitness before the match but a routine victory, albeit against a pretty unmotivated opponent, was another positive step forward.

The fragile groin which kept the Scot out of the French Open passed its initial test, not least on set point when he stretched for a forehand and arrowed the ball down the line to take the opener.

A pinpoint backhand return of serve chalked up a double break in the second and when Paire floated a return long, the two-time Wimbledon champion was able to celebrate a long-awaited win.

Tougher tests await, no doubt, with Murray facing top seed Matteo Berrettini – the world number nine – in the next round.

Like he never left ❤️ @andy_murray will face top seed Berrettini next for a spot in the Queen’s quarter-finals.

But after taking a closely-fought opening set courtesy of a break for 5-4, an early break in the second put the 31-year-old firmly in control.

Evans ran out a comfortable 6-4, 6-4 winner in an hour and 25 minutes to set up a meeting with Adrian Mannarino of France in the second round. 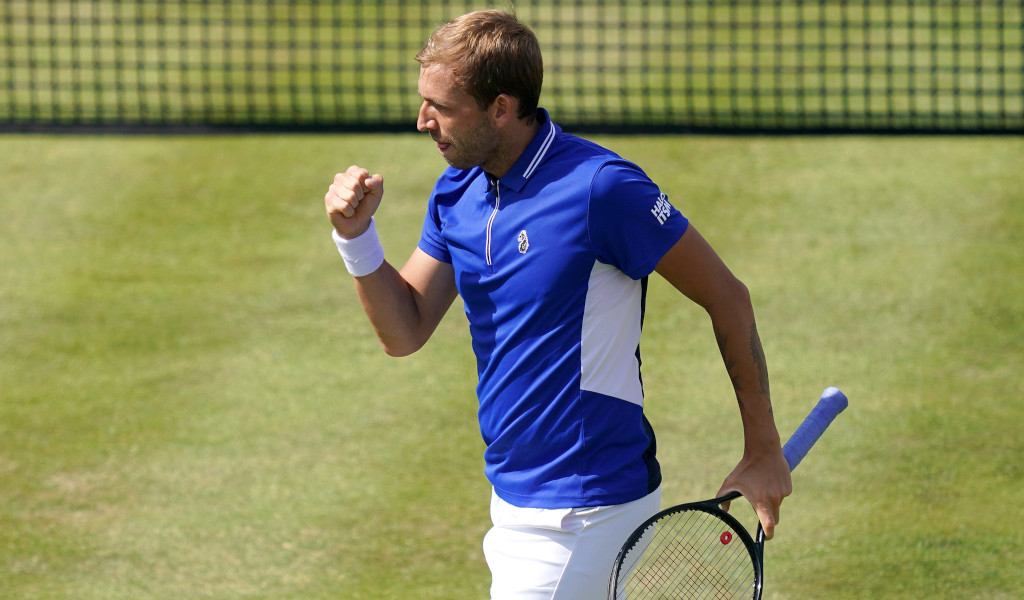 Evans said: “It was great to be back, a great atmosphere and good to be back in front of a very nice crowd. Not full, but we’re getting there.”

Evans, who counts world number one Novak Djokovic among his scalps this year, added: “That gave me a lot of confidence but you’ve still got to come out and win the matches.

“I was a bit nervous, to be honest, but I’m happy to come through and hopefully win a few more this week.”