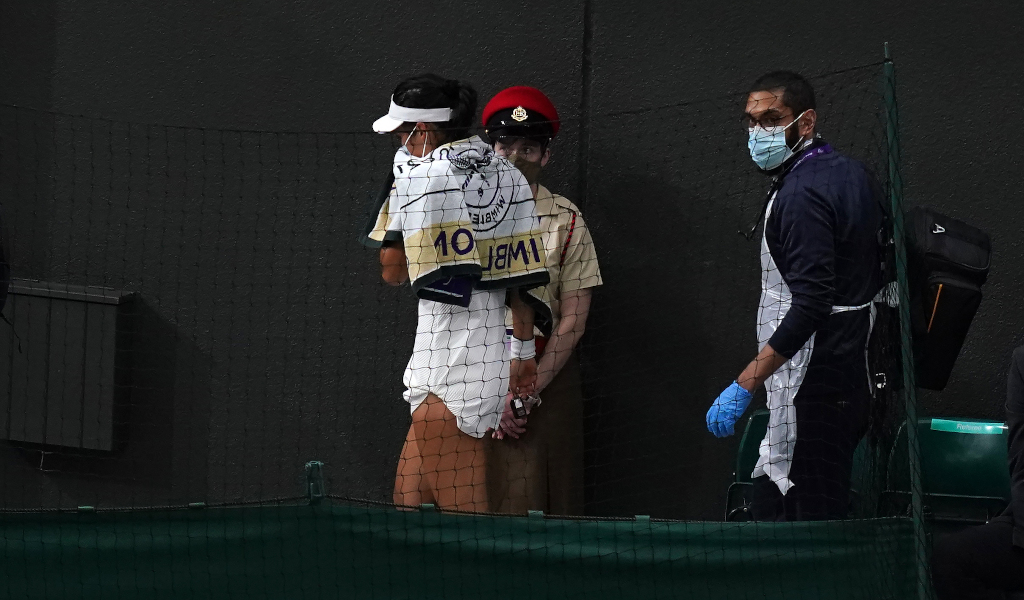 Andy Murray has stepped in to defend Emma Raducanu on social media following criticism of the teenager’s withdrawal from Wimbledon.

The 18-year-old announced herself as a new star of British tennis by reaching the fourth round on her debut at the All England Club.

But she was unable to complete her match against Australian Ajla Tomljanovic on Monday evening, withdrawing after an off-court medical timeout down 6-4, 3-0.

Difficulty breathing was given as the official reason for her withdrawal but no explanation for what caused it has yet been offered by Raducanu or her team, leading to intense speculation.

John McEnroe was heavily criticised after jumping to the conclusion immediately after the match on the BBC that she could not handle the occasion, and Piers Morgan weighed in on Twitter saying she needed to toughen up.

Murray replied to a tweet from Kevin Pietersen about mental toughness being what separated good athletes from great ones, although the former England cricketer later insisted he had not been referring to Raducanu.

I think some of what he said was fair yes.. however the timing of it was a bit off considering nobody had any clue what her issue was injury/illness/breathings issues etc at the time of his comments.

“I think some of what he (McEnroe) said was fair yes.. however the timing of it was a bit off considering nobody had any clue what her issue was injury/illness/breathings issues etc at the time of his comments.”

Wimbledon organisers earlier issued a statement wishing Raducanu well and defending the scheduling of the match.

The All England Club said in a statement: “We were very sad to see Emma forced to withdraw from her match last night and wish her all the best with her recovery.

Britain’s Billie Jean King Cup captain Anne Keothavong was sat in the stands, and she said on the BBC: “No one enjoyed watching that. It was really a disappointment for everyone.

“It was hard to see that coming but we have to remind ourselves she’s 18, she’s here on her debut, she has had very little experience at tour level. What she’s achieved has been outstanding. 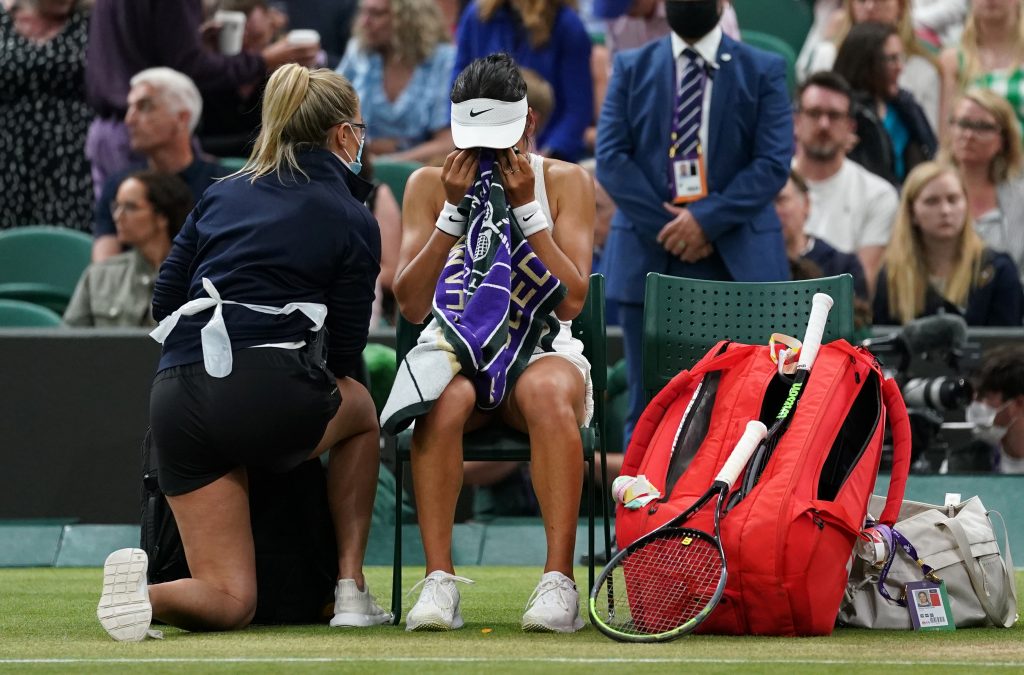 “It was a big moment and she was aware of it. I know she prepared for that match in the same way she prepared for her previous matches. It’s just unfortunate the way things panned out. She will find herself in similar situations again and she’ll be stronger for it.”

Tracy Austin made her Wimbledon debut aged just 14 in 1977, and she said: “I think the moment just became too large.

“It was a long day. That’s a long time to think about the match. It’s very difficult to adapt to so much attention. She really has not played enough matches. It was just a bit too much to ask.”