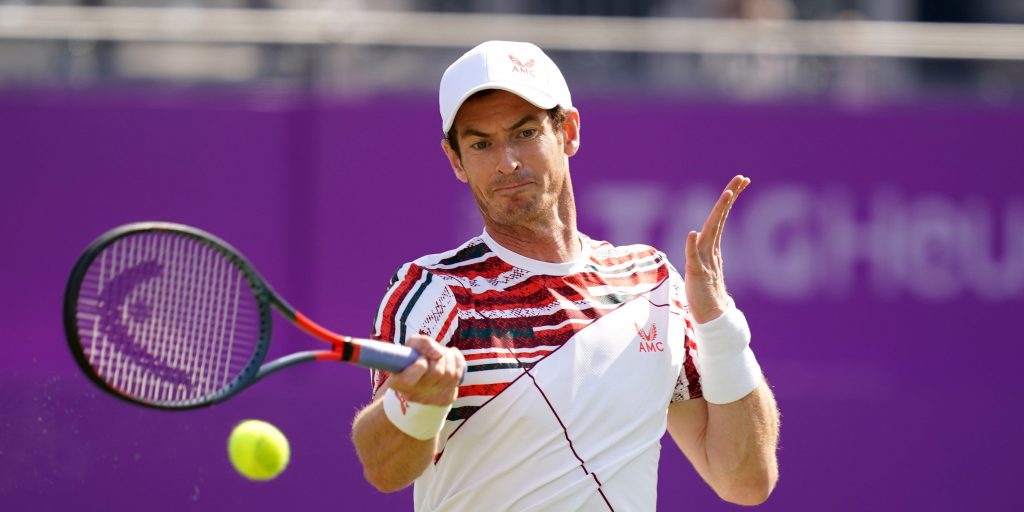 Murray is playing singles at the All England Club for the first time since his hip problems became acute in 2017 and has ongoing concerns over a groin issue.

He has played only four tour-level matches this year and will have his work cut out against Georgian Basilashvili, who has won two titles in 2021 and reached the semi-finals of the grass-court event in Halle last week.

Draper, 19, showed he loves the big stage by winning his first two ATP Tour matches at Queen’s Club last week and he will find himself on the biggest stage of all against Djokovic.

The defending men’s champion traditionally opens proceedings on Centre Court on the first Monday of the tournament.

Draper, who reached the junior final at the All England Club three years ago, should relish the opportunity to take on the man going for a third consecutive Grand Slam title.

The defending women’s champion usually plays the opening match on Centre on the first Tuesday but that will not be the case this time after Simona Halep withdrew just before the draw because of a calf injury.

We will miss you this year, @Simona_Halep – come back stronger in 2022 💪#Wimbledon

The Romanian, who produced a stunning display to defeat Serena Williams in the final two years ago, tore her left calf muscle during a match in Rome in May and was also forced to miss the French Open.

The 29-year-old said on wimbledon.com: “It is with great sadness that I’m announcing my withdrawal from the championships as my calf injury has not fully recovered.

I gave it everything I had in order to be ready to play Wimbledon and, after having such special memories from two years ago, I was excited and honoured to step back on these beautiful courts as defending champion.

World No 3 Halep is the latest big name to withdraw and joins Naomi Osaka, Rafael Nadal and Dominic Thiem in missing the championships.

“I can honestly say that I’m really down and upset about having to take this decision,” continued Halep.

“This period has been difficult, but to miss the last two majors has made it even more challenging mentally and physically. We will see what the future holds, but I’m hoping it will make me a stronger person and athlete.”

In Halep’s absence, Belarusian Aryna Sabalenka has been elevated to second seed and she could take on Britain’s Katie Boulter in round two.

Evans, seeded 22nd, faces another man who knows his way around a grass court in Spanish veteran Feliciano Lopez, while Norrie, seeded at a grand slam for the first time following his brilliant start to 2021, meets France’s Lucas Pouille.

Konta, the 27th seed, takes on Czech Katerina Siniakova in round one and could meet top seed Ashleigh Barty, who has been battling a hip injury, in round three.

The Australian will open against Spain’s Carla Suarez Navarro, who is playing her final Wimbledon before retirement after recovering from cancer.

Another stand-out British draw pitted debutant Francesca Jones against Coco Gauff, who returns to the All England Club for the first time since she burst to prominence as a 15-year-old two years ago, while Harriet Dart will play Belgian 13th seed Elise Mertens.

Roger Federer was drawn in the bottom half, meaning he cannot face Djokovic until the final, but the 39-year-old is short of matches and faces a tricky opener against France’s Adrian Mannarino.

Williams begins her latest quest for a 24th Grand Slam singles title against Belarusian Aliaksandra Sasnovich and could face a rematch with Angelique Kerber, to whom she lost in the 2018 final, in round three.