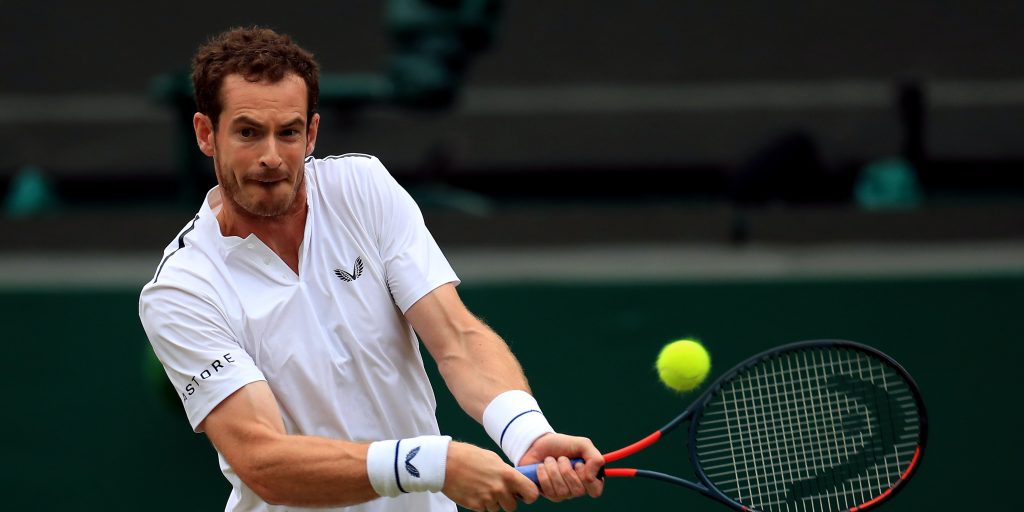 Andy Murray saw the funny side of his French Open draw against Stan Wawrinka.

The pair will do battle in the opening round on Sunday in Murray’s first appearance at Roland Garros since his right hip problems flared up during a semi-final against Wawrinka in 2017.

There was disbelief when they were paired together on Thursday, with Murray having had three hip operations and a near retirement in the intervening years, while the match also left Wawrinka needing knee surgery.

The Scot said: “Obviously it’s an amusing draw. It’s actually the first time I’ve watched the draw in the last 10 years. We’ve got this group chat with a bunch of the guys and they sent a link through to it.

“Obviously a very tough match. That match I played against Stan a few years ago was a brutal one. I kind of knew something was up before the (Kei) Nishikori match there (in the quarter-finals).

“I didn’t know that it was that bad but then at the end of the Stan match, in the fifth set I was struggling to push up on my serve and moving to my forehand, and I never felt the same after that match.”

Wawrinka is the 16th seed while Murray needed a wild card with his ranking still down at 111.

The 33-year-old showed promising form on the American hard courts, reaching the third round of the Western & Southern Open and then fighting back from two sets down to defeat Yoshihito Nishioka in the first round of the US Open before a weary loss to Felix Auger-Aliassime.

His New York exploits took a toll physically, with Murray revealing he experienced tendinitis in his left hip flexor, the recovery from which was delayed by a lengthy wait for the result of his Covid-19 test on arriving back home in Surrey.

He said: “We had to get a test when we got back from New York and obviously test negative before we were allowed to leave the house and there was a bit of an issue with my test, it took five or six days to come back, so I was in my house for five or six days so I couldn’t get (the hip) checked out.

“Then I had to adjust the training a little bit but actually once I started practising on the clay I felt pretty good. I’ve been playing quite well in practice.

“It’s weird, maybe it will be different once I get on the match court but in practice I’ve felt decent and usually it felt like it would take me quite a long time to get used to the surface again. It didn’t feel like it had been three-and-a-bit years since I’d last played on it. It was better than what I expected.”

Having experienced life in a restricted bubble in New York, Murray is now in the Paris version, which appears to be slightly more relaxed – apart from the Covid tests themselves.

“The Covid test, they get right up there,” he said with a smile. “I know that’s what’s supposed to happen but it’s just weird. I’ve never had that before where something goes through your nose and into your throat.

“It is quite a weird feeling. Testing is definitely more uncomfortable. Onsite it probably feels a little bit more like a usual tournament.”

The last time Andy Murray played on the Parisian clay he was among the favourites for the title having reached his only final in 2016.

Things are very different now but that will not stop him hoping for another grand slam run.

“I have to be realistic,” he said. “I’ve practised for 10 days on clay in three-and-a-half years and it’s normally been a surface that has not been my preferred surface.

“I’ve played well on it and had good wins on it but it’s always been a surface that’s been harder for me to adjust to than the other ones, maybe doesn’t suit my game as well as the grass and the hard courts.

“I need to be realistic as well and not expect too much from myself but go out there and enjoy playing at the French Open again, and getting to play against Stan again is brilliant.

“In terms of what I expect to do in the tournament, it probably would have been nicer to play someone different at the beginning to potentially build your way into the tournament but, the positive is, you win against Stan in the first round, it can open things up or make you feel much better as well. So we’ll see what happens on Sunday.”

Johanna Konta’s first-round blockbuster against Coco Gauff will also be played on Sunday.