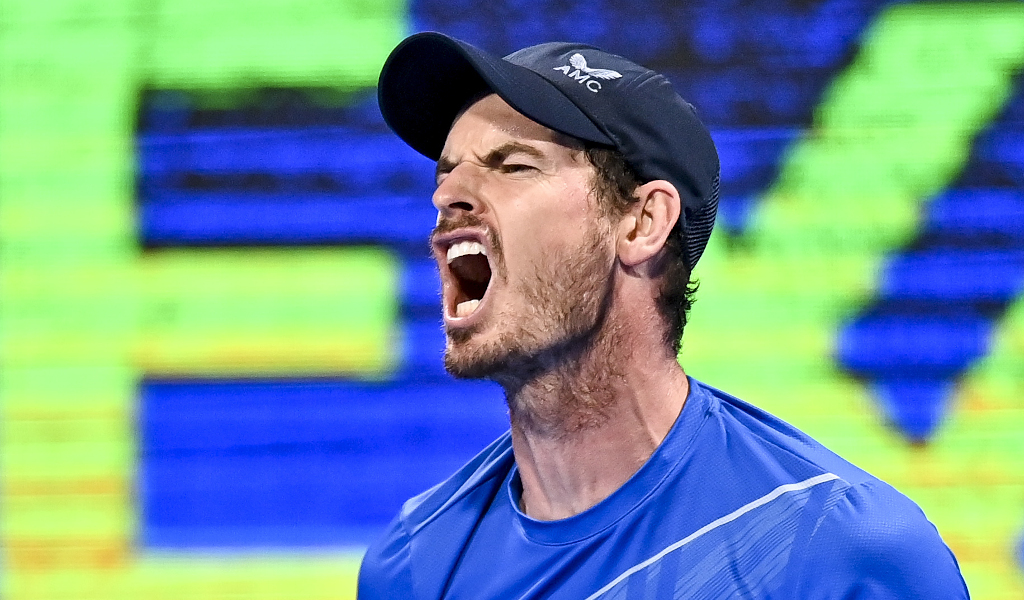 Andy Murray is hopeful of being fit for Wimbledon but admits he is in a race against time.

The two-time champion sustained an abdominal injury in his final defeat by Matteo Berrettini at the ATP event in Stuttgart eight days ago and is not yet able to practise fully.

“I’ve been practising for the past three or four days and have been practising well. But unfortunately in matches you can’t just not hit certain shots. In the next couple of days hopefully I’ll get the chance to test that and hopefully it will be fine.”

Murray practised with Stan Wawrinka at Wimbledon on Monday, while Emma Raducanu, who is battling to recover from a side strain in time, was also pictured training at the All England Club.

Murray was forced to miss the cinch Championships at Queen’s Club last week and is confident he is doing everything he can to be fit in time.

“I’m rehabbing every day and also avoiding doing anything that is irritable to the area that I injured,” said the Scot, who has decided against playing a practice match at Hurlingham.

“I’m still getting a lot of good work done but I need to make sure the injury’s fully healed before I start to put it in positions when it is vulnerable currently. I’m doing all of the things I’m sure you’d expect with physios, treatment, rehab and giving myself the best chance to be here on Monday.”

Before the injury, Murray’s performances in Stuttgart, when he defeated Stefanos Tsitsipas and Nick Kyrgios and matched last year’s Wimbledon runner-up Berrettini, boosted hopes that he could be set for another strong run at the All England Club.

Reaching the third round at SW19 last year before he was well beaten by Denis Shapovalov remains Murray’s best grand slam performance since he limped through to the quarter-finals at Wimbledon in 2017 at the start of his hip problems.

“Going into Wimbledon last year I’d gone in with hardly any proper practice at all, hadn’t really played much in the build-up to it and the fact I got through a few matches was a great effort considering what I was able to do in the build-up,” he said.

“This year my preparations have been significantly better, I got a lot of good practice in and I got good matches in, but, obviously, with the injury, that has slowed some of that progress and some of those preparations and made it a little bit tricky this last week or so.

“I was in a good position against Berrettini as well before the issues so that for me is the biggest thing. I practised really well the last few months and worked on a lot of things with my team. I’m in a good place tennis wise. Physically I do feel good overall, I just unfortunately got this slight injury, which is frustrating.”

The other unknown for Murray is the draw, with the loss to Berrettini meaning that, although he is at last back inside the top 50, he will still be unseeded.

His grass-court pedigree will certainly make him a dangerous floater but, asked if he felt he could challenge for the latter stages, Murray said: “I wouldn’t say that. I haven’t shown that in the last few years.

“My goal is just to try to get to the start-line in a good place physically and give myself the best chance to do well. I’m obviously going in unseeded as well, which makes things tricky, but getting through a few matches for me is positive right now.”

:: Andy Murray is wearing the Championship Collection from his signature AMC range, which he will be playing in for Wimbledon 2022. Technically advanced and beautifully designed for maximum performance. View the kit at www.castore.com/collections/amc