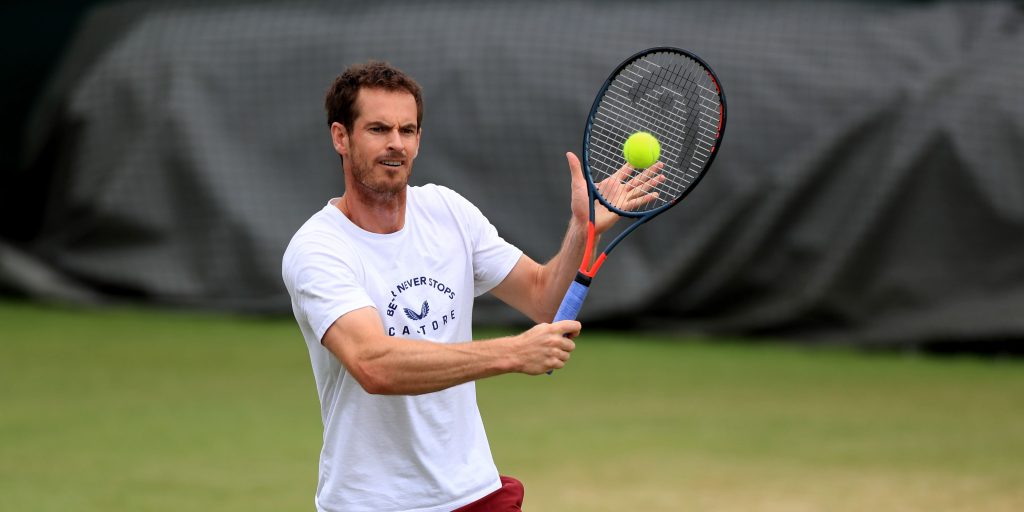 Andy Murray has admitted he “does not feel perfect” physically as he attempts to make his return to action in the cinch Championships at Queen’s Club this week.

The Scot had not played a competitive singles match since March, with injuries hampering his ambitions to return to the top of the game.

Yet he insists he still has a desire to try and return to the court, even if he admits his ambitions of challenging for major titles and competing with the game’s big hitters may be forlorn.

“I feel okay, I don’t feel perfect,” admitted Murray. “I’ve been practicing well over the last month or so. I’ve been training at Wimbledon and had some good practices, but the question mark is whether the body holds up. I can’t say with any great certainty right now whether that is going to happen or not.

“I’ve been feeling good at different points over the last nine months, but then something happens. I can’t say with any great certainty that it will be okay. My tennis is fine and in a good place, but I need to hold up playing matches.”

When he was asked why he is continuing to battle on in his latest comeback attempt, he suggested his ambitions in the sport are not what they were when he was world No.1 and challenging for Grand Slam titles.

“If my goal was to get to No 1 in the world and win majors, I would have stopped three or four years ago,” he added. “I was asked what my best memory was at Queen’s and for me, it was winning the doubles with Feli (Feliciano López in 2019).

“That was really special and something I will look back on with pride. You can still do things on the court outside of winning Slams that you can enjoy.

“There is a bit of me jealous watching those matches with Nadal and Djokovic. I’d love to be there competing with them, I’m not going to hide that, but I don’t look at that match and thing about my own career.

“The reason why I’m playing is I still love playing tennis. I asked a lot of my coach’s and they were all ex-players. Their advice would be to carry on as long as you are still enjoying it. Nothing replaces it.

“I want to keep playing for as long as I can. I know I can compete with the best players in the world. My level is good, but I need my body to hold up and it’s been extremely frustrating with all the issues.”