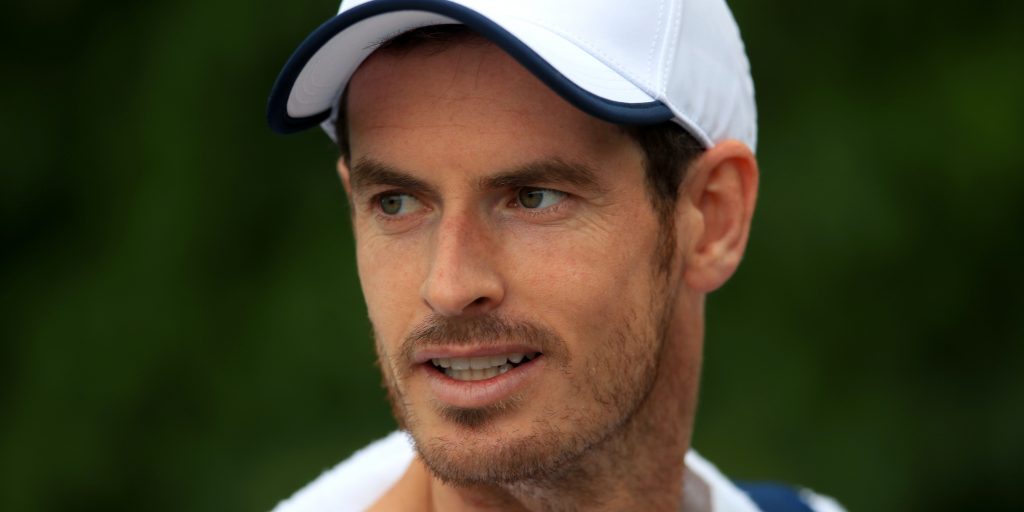 Andy Murray was drawn to face Stan Wawrinka on his return to the French Open in a remarkable twist of fate.

Murray is back at Roland Garros for the first time since he faced Wawrinka in a five-set semi-final in 2017 that proved the beginning of the end for his troublesome right hip.

Three operations and more than three years later, Murray, who was given a wild card, now finds himself up against the powerful Swiss in the first round.

The pair practised together on Court Philippe Chatrier this week, bringing back memories of the gruelling match that also proved costly physically for 2015 champion Wawrinka, who went on to have knee surgery.

It was a headline-grabbing draw for the British players, with British women’s number one Johanna Konta paired against teenage sensation Coco Gauff.

Sixteen-year-old Gauff is making her main draw debut at Roland Garros having burst into the spotlight at Wimbledon last summer with her run to the fourth round.

Konta, meanwhile, is seeded ninth and will be looking for another strong performance after reaching the semi-finals last year.

British men’s number one Dan Evans is looking for his first win at Roland Garros and, as the 32nd seed, would have hoped for an easier draw than former top-10 stalwart Kei Nishikori, who is working his way back from injury.

Kyle Edmund, though, has withdrawn from the tournament through injury.

Men’s top seed Novak Djokovic takes on Swede Mikael Ymer while Rafael Nadal, who is bidding for a 13th title in Paris, faces Belarusian Egor Gerasimov and finds himself in the same half of the draw as US Open champion Dominic Thiem, who opens against Marin Cilic.

That means there will be no repeat of the final of the last two years, where Nadal has defeated Thiem.

In the women’s draw, top seed and title favourite Simona Halep takes on Sara Sorribes Tormo of Spain and Serena Williams opens against fellow American Kristie Ahn, who she also played in the first round of the US Open.

Meanwhile, tournament director Guy Forget said organisers are still hoping to have 5,000 fans a day through the gates at Roland Garros.

The French health minister announced new restrictions on Wednesday limiting attendances at sporting events to 1,000 in several areas including Paris because of a rise in coronavirus cases.

Speaking at a press conference, Forget said: “We are still hoping to get 5,000 fans. The last we’ve heard officially from the prefecture of police is 5,000 is very, very safe.

“We are playing the tournament on the size of 15 football fields on an outside stadium and we have all the health procedures with the masks, with the gel to clean your hands.

“We’re pretty confident. Everything we’ve done so far was with the agreement of the authorities and we’ll keep on doing so.

“I’m hoping that the next discussions we’ll have with the authorities will lead us to stay on that path, although the press conference that was given last night by the ministry of health went into a smaller gauge. We’re waiting for further notice.”