Andy Murray leads British charge into second round at Wimbledon 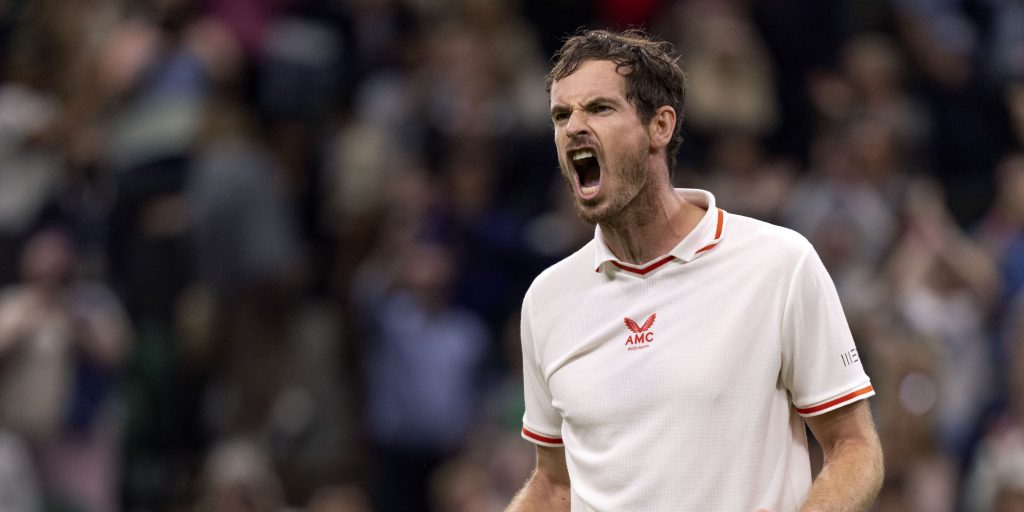 Andy Murray led a trio of British winners on the opening day of Wimbledon as he marked his return to Centre Court with a typically dramatic victory over Nikoloz Basilashvili.

But Murray faltered within sight of the line, Basilashvili found renewed hope and he reeled off seven games in a row, saving two match points, to force a fourth set with darkness closing in.

Murray said: “I kept trying, kept working hard, doing all the right things to get me back in this position. I feel very lucky I get to do it again.

“I keep getting asked if this is going to be my last Wimbledon, last match. No. I’m going to keep playing. I want to play. I’m enjoying it. I can still play at the highest level. He’s ranked 28 in the world. I’ve hardly played any matches and I beat him.”

Katie Boulter got the home nation on the board with victory over Danielle Lao, and Liam Broady claimed his first win at Wimbledon for six years with a dominant 6-3 6-4 6-0 success against Marco Cecchinato.

The 27-year-old is having the best season of his career, and he said: “I’ve had some good wins. I’ve been more consistent. I feel like the tennis that I’ve been putting on the court in general has actually been watchable probably for the first time in my pro career.

“I’m just glad that I served it out when I did again because I know how dangerous it can be being two sets to love up. It doesn’t matter, 5-0 up in the third, you give any of these guys a sniff, a reason to fight, it turns it around.”

Boulter, who next faces second seed Aryna Sabalenka, said: “Obviously, having been absent for a couple years, it really means so much. Ultimately it wasn’t pretty out there. I knew it wasn’t going to be. But I fought so hard, found a way. I feel like that’s what tennis is really about.”

Nineteen-year-old Jack Draper found himself making his Wimbledon debut on Centre Court against Novak Djokovic but acquitted himself very well, winning the first set before the two-time defending champion fought back to triumph 4-6, 6-1, 6-2, 6-2.

He said: “I didn’t want to give him too much respect. I wanted to win the match today. I wasn’t looking to put in a good performance and lose.

The day had a disappointing end from a British perspective, with Heather Watson losing 2-6, 7-6 (7-3), 8-6 to American lucky loser Kristie Ahn, having served for the match in the deciding set.

Katie Swan and Jodie Burrage also lost, while Jay Clarke will resume his match down two sets to one against Egor Gerasimov after play was suspended for darkness.

Swan was the first British woman to come through Wimbledon qualifying in 20 years but she had a tough draw against 23rd seed Madison Keys and, although she put up a good fight, it was the American who prevailed 6-3 6-4.