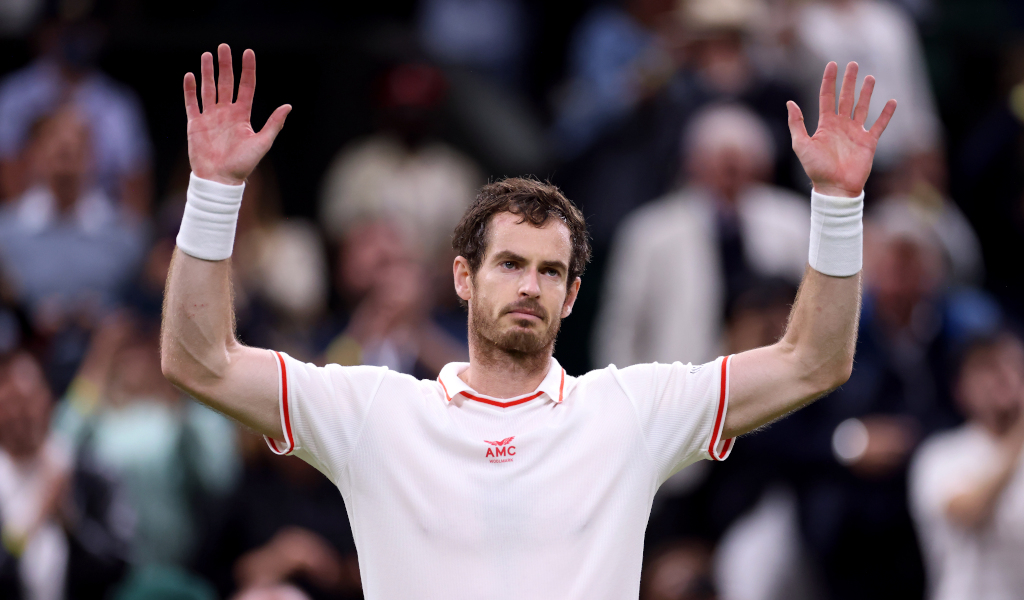 Andy Murray wrote another chapter in his lengthy book of dramatic Centre Court nights by coming from two sets to one down to defeat Oscar Otte and reach the third round of a Grand Slam for the first time in four years.

Not since the 34-year-old limped through to the quarter-finals here in 2017, before his two hip operations and what he thought would be the end of his career, had Murray won two matches at a slam.

And it did not look likely to happen here either when, labouring and frustrated, he saw a lead erased and the reversed by German qualifier Otte, making his Wimbledon debut.

It never gets old, does it?

The two-time champion had awoken memories of times past against Nikoloz Basilashvili on Monday, salvaging a four-set victory under the roof after blowing a seemingly insurmountable lead in the third.

The big question was how well he had recovered physically and, although he began a little gingerly, he settled into the match well, making few errors and showing Otte the way around a grass court.

Murray broke the big-serving 27-year-old twice and seemed to be well on his way to round three when he moved 3-1 ahead in the second.

But a loose service game, coupled with a more aggressive approach from his opponent, turned the match completely on its head.

Otte, who led Alexander Zverev by two sets to love in the first round of the French Open, won four games in row before serving out the second set, and it was a weary-looking Murray who was broken in the seventh game of the third.

The 34-year-old’s movement lacked sharpness and too often his shots did not have sufficient weight behind them to put Otte under any real pressure.

The German had to wait for an ailing line judge to be replaced before serving for a two-sets-to-one lead, but it did not put him off. 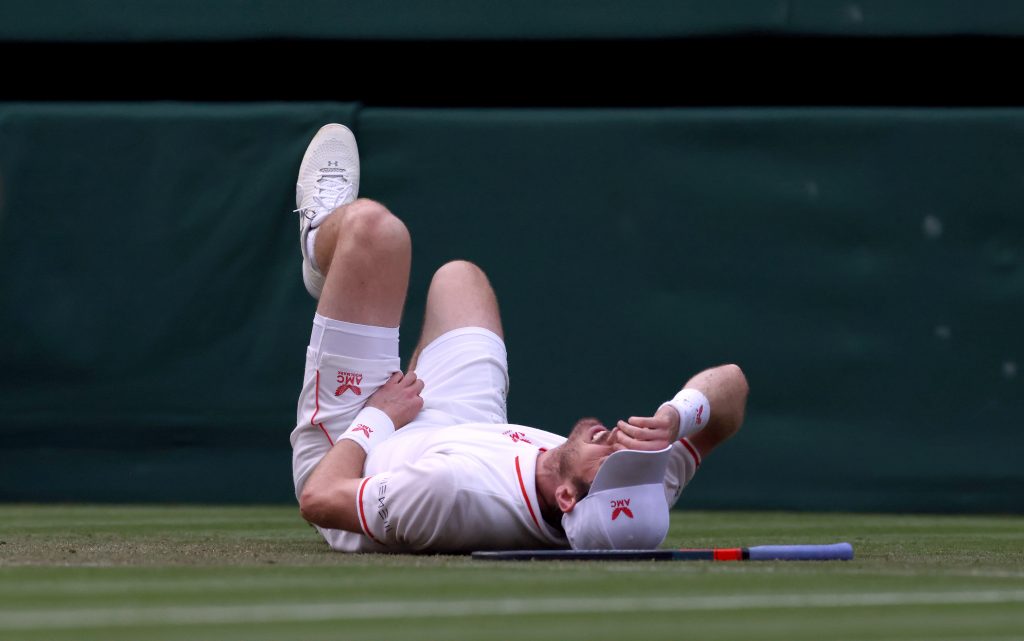 There was a worrying moment for Murray and his many fans inside Centre Court when he became the latest player to slip in the second game of the fourth set, letting out a cry and clutching his groin.

But there did not appear to be any lasting damage and two games later the match was paused so the roof could be closed.

Against Basilashvili, the closing of the roof had helped Murray turn the match back in his favour and there were positive signs on the resumption as the Scot found a bit more pop on his shots and in his legs and broke for 4-2.

The cheers turned to groans when Murray was unable to serve it out at 5-3 but he showed once again that his competitive desire knows no bounds by breaking again to force a decider.

Murray’s physical resurgence was encouraging, and Centre Court was on its feet again when he broke at the first opportunity in the fifth set.

There may not be many more opportunities for the Scot to experience such moments and he drank it all in as he survived several long service games and then clinched victory with a trademark lob.