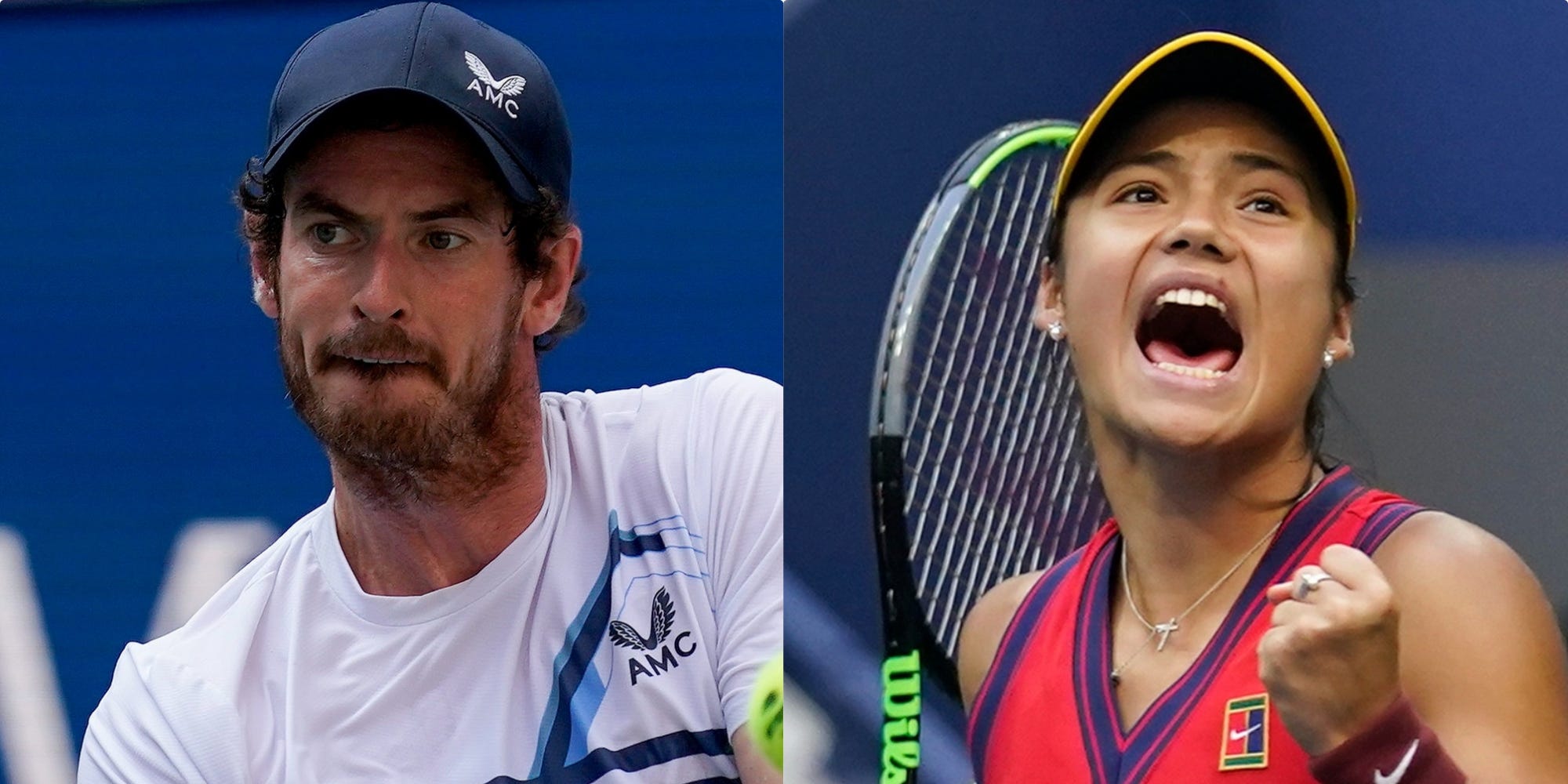 Andy Murray has urged British tennis to build upon Emma Raducanu’s stunning US Open success to avoid another decades-long wait for home-grown glory.

The Scot, whose own US Open triumph in 2012 ended a 76-year drought in men’s grand slam singles before he became the first Briton since Fred Perry in 1936 to claim the Wimbledon title the following year, has been critical in the past of the failure to build upon his achievements at grass-roots level.

However, he has reiterated his belief that 18-year-old Raducanu’s unheralded march to an unlikely victory at Flushing Meadows 44 years after Virginia Wade’s triumph at SW19 is another opportunity to grow the game which should not be passed up.

Our new @EmmaRaducanu British No.1 banner taking pride of place at the National Tennis Centre pic.twitter.com/GPPyVDrEz7

Speaking ahead of his clash with Ugo Humbert at the Moselle Open in Metz, Murray said: “One the men’s side, it was 77 years’ wait for someone to win a grand slam and women’s, it’s been 44 years, and for a country that hosts the biggest tennis tournament in the world and it certainly not lacking in money, that’s not really good enough.

“Now should be an opportunity to try to make sure that it’s not another huge wait again. They need to try to take the opportunity.”

Murray urged the Lawn Tennis Association, which is lobbying Government this week for further support for the sport, to make it more inclusive, affordable and accessible to eradicate the perception that it is a game only for the rich.

He said: “One of the images that tennis has had over the years has just been that it’s not accessible enough, I think. If your image is that – that it’s a rich person’s sport and it’s too expensive to play – I’m sure that that potentially puts people off, maybe parents as well getting their kids into it.”

Meanwhile, Murray has warned Raducanu – with the benefit of experience – that her life has changed for good as a result of her exploits in New York, and has promised her all the advice she needs, but only when she asks for it.

He said: “I never really liked it when all of the ex-British tennis players were always wading in after every win and loss about what you should be doing, what you shouldn’t be doing, and a lot of them also giving advice when you haven’t asked for it as well.

“I found it incredibly irritating – and still do today. I don’t want to be that person.

“What Emma has achieved is incredible and I hope she goes on to do more amazing things in the sport, and if she ever wants to talk, or her family, obviously I would always be there on the end of the phone.

“But I don’t want to be that guy after every loss or win just wading in and giving my opinion on what she should or shouldn’t be doing differently because it’s not helpful.”

Murray’s concentration this week will be on his own game at a tournament he has good cause to remember following his final defeat by Tommy Robredo in 2007 after which he had a difference of opinion with coach Brad Gilbert as they travelled back to the hotel.

He said with a smile: “It got pretty heated in the car. I actually got out of the car and walked back to the hotel.

“It was a lot further than what I thought it was. It was 10, 15 minutes in the car, but more like a 45-minute walk, and I didn’t really need that after playing a three-set match.”