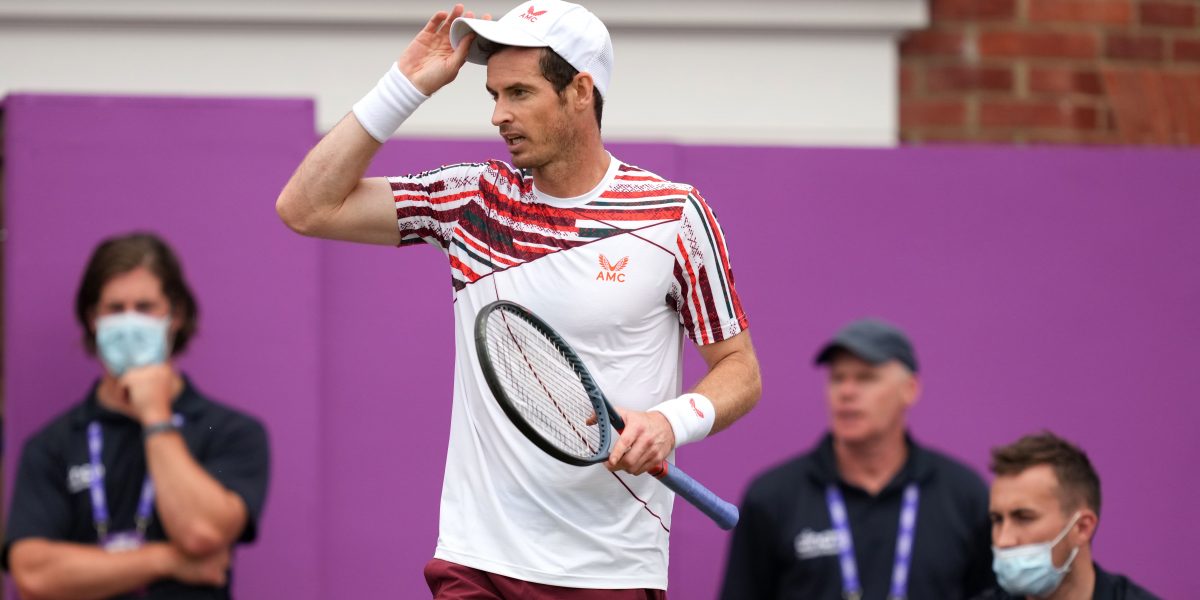 Murray, who won his first singles match on grass in three years on Tuesday, was overpowered 6-3 6-3 by the world number nine.

Two-time Wimbledon champion Murray admitted afterwards the groin problem which forced him to miss the French Open is still troubling him, meaning it is unlikely he will play any more matches before Wimbledon, which begins a week on Monday.

Murray said: “I actually felt my movement was actually quite good for both of the matches. My tennis today was not very good. That’s the thing that I’ll need to improve the most.

“Then there is still a slight niggle in the groin, so to try to get rid of that discomfort between now and Wimbledon.

“I need to be playing points, basically. I played two sets in preparation for this event.

“I do feel like I genuinely have been hitting the ball well in practice, but then like today when you’re under a bit more pressure and stuff and you’re having to make very split-second decisions when you’re on the court, if the guy is serving 140 miles an hour, like, it’s difficult to prepare for that.”

Berrettini, a former US Open semi-finalist, was always going to be a tougher proposition than Murray’s first-round opponent, the lacklustre Frenchman Benoit Paire.

The 6ft 4in Italian Berrettini, with one title under his belt already this season, regularly boomed down those lightning serves and secured a break for 3-2 when the Scot wafted a forehand long.

Murray faced two set points on his own serve and surrendered the second when he dumped a forehand low into the net.

The 34-year-old had a chance to claw back an early break in the second but was unable to take advantage as Berrettini moved 3-0 ahead.

And Murray’s bid to reach a seventh Queen’s Club quarter-final, and a first since he won the title in 2016, ended when Berrettini ruthlessly held to love.

So there will be no England v Scotland appetiser ahead of the football on Friday, with Berretini instead taking on British number one Dan Evans.

Yet Murray insisted his comprehensive defeat did not force him to consider whether he could make it back to the top of th egame.

“My immediate feeling and the thing that when I get into the locker room after a match like thatas I was telling my team these are the things I want to improve,” he added. “These are the things that will need to get better, like, if I want to win those matches and be more competitive.

“I’m not sitting in the locker room after a match and going, Oh, you know, that was a shame that, you know, doesn’t really matter, and, you know, I’m just happy being out there. I’m not happy losing 3 and 3 to Berrettini today. Like, I want to be doing better than that, for sure.

“So, no, my sort of application and desire to improve and work on things off the back of matches and learning like from today is still there, yeah. And let’s see. Let’s see what happens if I get the opportunity to play more matches and get the chance to play him potentially in a few weeks’ time.

“But trust me, it’s not easy, not easy going out there and playing and competing when you have not played loads in the last sort of three years. It’s my second grass court match since 2018. I played two practice sets in the buildup to the tournament, and I’m playing a guy who is serving, it felt like a majority of serves in the 140 miles an hour on the first serve. It’s tough.

“I need matches. I need to practice at this level. I’ll keep trying.”