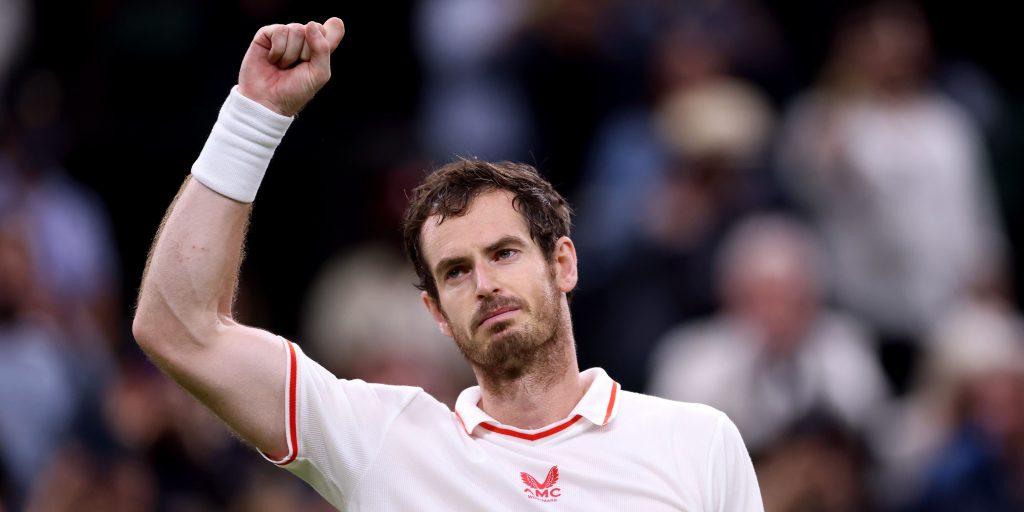 Another dramatic Andy Murray victory was the highlight of a largely successful day for British players at Wimbledon.

Not since Murray limped through to the quarter-finals here in 2017, before his two hip operations and what he thought would be the end of his career, had the Scot won two matches at a slam.

The noise when Murray’s final lob landed in was spine-tingling, and he said afterwards: “I enjoyed the end, the middle part not so much. What an atmosphere to play in at the end. I needed everyone’s help tonight. I played some great shots at the end to finish it but it was a tough match.”

Murray was joined in the third round by British No 2 Dan Evans, who had an altogether more straightforward 6-3, 6-3, 6-4 victory over Dusan Lajovic and is yet to drop a set.

Evans will next face talented young American Sebastian Korda and is looking to reach the second week at Wimbledon for the first time.

He said: “I don’t think I played particularly amazing tennis today, but I got through the match with decent concentration.

“I found my tennis when I needed to the longer the match went on. I knew what I had to do, and that was get myself through the match however I played, give myself another good chance in the third round.”

British number two Cameron Norrie was a set down overnight to Frenchman Lucas Pouille in the first round but recovered well to win 6-7 (6-8), 7-5, 6-2, 7-5 and set up a clash with Australian wild card Alex Bolt.

Katie Boulter had a Centre Court date against second seed Aryna Sabalenka and came close to a huge upset before eventually going down 4-6, 6-3, 6-3.

“I think my first and only takeaway is that it’s definitely the best court in the world,” said the 24-year-old.

That one hurt. Thanks for all the support out there today 🥺💚💜 pic.twitter.com/a4DmwsqRow

“I’d not had a chance to play on it yet, that’s my first time. I absolutely loved every minute out there. The crowd were incredible. I thought it was a really good match, one I won’t forget.”

Eighteen-year-old debutant Emma Raducanu is flying the flag solo in the women’s draw after impressing in a 7-6 (7-4), 6-0 victory over Russian qualifier Vitalia Diatchenko.

The teenager looked stunned at the end, and she said: “I had my final A-level examinations in April, so I was actually sitting for an exam two months ago. So now to be here at Wimbledon is unbelievable, it’s surreal.”

Liam Broady took the first set against ninth seed Diego Schwartzman before the Argentinian battled back to win 4-6, 6-2, 6-1, 6-4 while Samantha Murray Sharan was beaten 6-3, 6-3 by Sorana Cirstea in the first round.