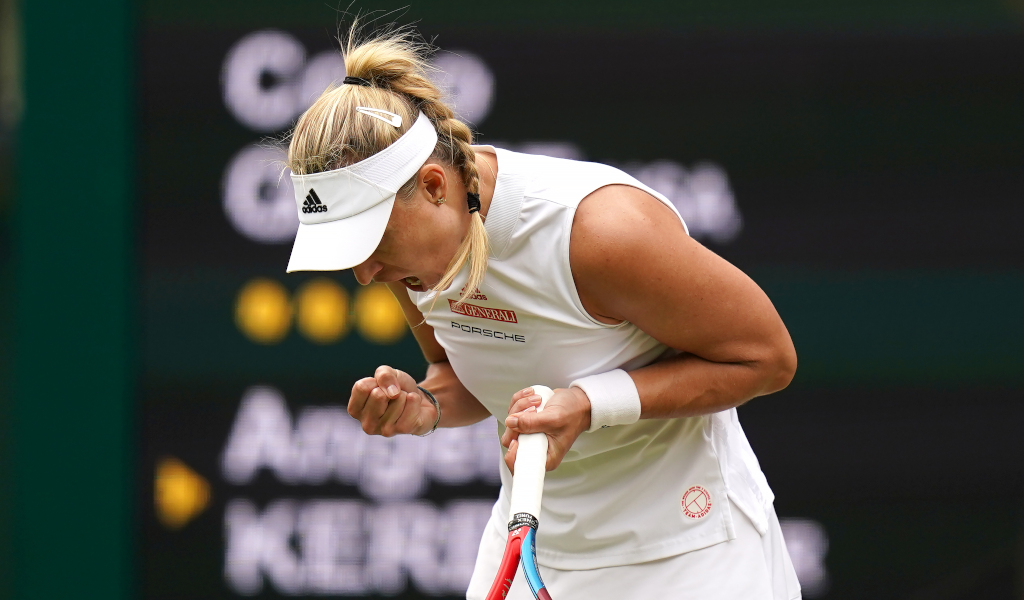 Angelique Kerber is hoping to build on growing confidence and mount a challenge for a second Wimbledon title.

The 2018 champion returned to the scene of her greatest triumph to show Coco Gauff who was the Centre Court boss with a commanding 6-4, 6-4 win.

Twelve months after Kerber’s triumph, Gauff became the new sweetheart of Centre when she broke on to the scene as a 15-year-old and she has followed that up this year with another run to the last 16.

But she came up against an opponent who had the skill to absorb Gauff’s power and Kerber eased to a comfortable victory, booking a fifth quarter-final at this tournament.

The journey continues… ✨Grateful for every single match I get to play out here #CentreCourt @wimbledon #TeamAngie pic.twitter.com/u4EHcBXf5Y

It seemed unthinkable that Kerber would go so deep as she endured a horrible year prior to the grass court season.

But she won a warm-up tournament in Germany – her first title since winning Wimbledon – and has looked better and better through the rounds.

“I really enjoy to play on grass. I think this is always really special for me,” she said. “Playing two tournaments in Germany, starting the grass court season like this, then winning my tournament in Germany, playing in front of the crowd again, this gives me again new energy to go out there and enjoy my tennis.

“I really worked hard in the last few months. Being able now to play matches like this, winning close matches, going out there and enjoying it, feeling my tennis, it’s always a good sign.

It’s hard to stop @AngeliqueKerber when she’s in this form 🤩#Wimbledon pic.twitter.com/7qCZvl7SNt

“Being now in the quarters here again, it’s really great. I’m looking forward to the next round.

“I think the key is just being focused on every single day. You never know what can happen. Two weeks are really long. The conditions can change. It can rain. Then it’s really hot outside.

“You have to stay focused in your own way, on your routine, taking every single day by day. Also the matches are completely different. You have always, like, a fight in some way.

“For me it’s more to stay on my way and focusing how I played the last few weeks, but especially going with the mindset that every match starts from zero and I want to win it.

“It’s more like also the confidence from the first week, taking it to the second week.”

Place a bet on the action with Planet Sport Bet. Angelique Kerber to win in three sets?

Gauff’s run ended at the same stage as two years ago, but she exits this time with disappointment as she is now an established player in the top 30 and regularly challenging the top players.

“Overall I’m happy with how I performed this tournament. You know, disappointed. I know I can do better,” the 17-year-old said.

“But it’s just going to give me more motivation to go back and practice and come back stronger.

“I just need to do better on certain points and certain moments in the match I have to notice when the momentum changes and how to react to when it changes.”