‘I never stopped believing in myself and my team,’ says Angelique Kerber 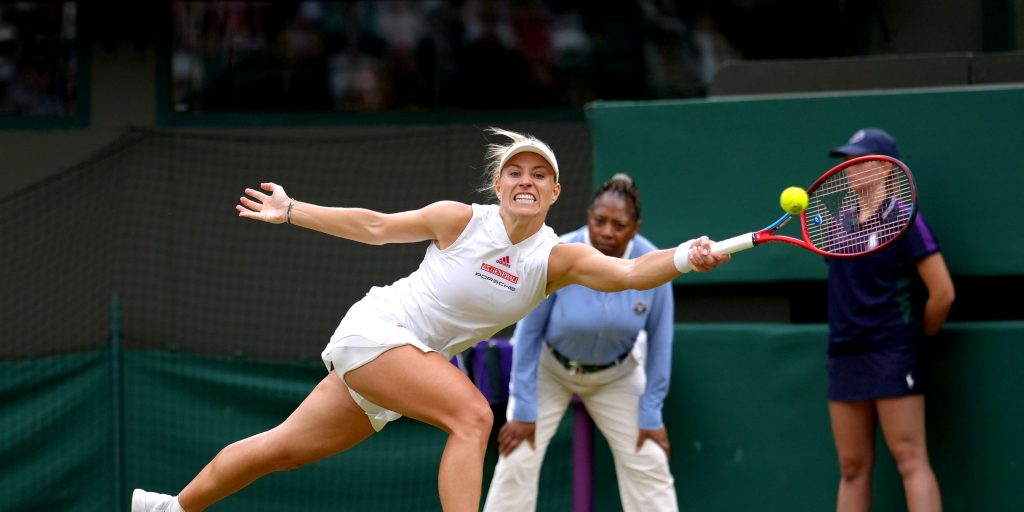 Former Wimbledon champion Angelique Kerber insists she never lost self-belief after she continued a dramatic turnaround in form to reach another semi-final at the All England Club.

The 25th seed progressed into the last four after she beat Karolina Muchova 6-2, 6-3 in only one hour and 15 minutes to earn a 10th consecutive win.

Success at the Bad Homburg Open last month earned Kerber a first title in two years after exits at the 2021 Australian Open and French Open in round one had extended her poor grand slam run since victory in SW19 three years ago.

A semi-final spot for @AngeliqueKerber! 👏

The 2018 #Wimbledon champion wins 6-2, 6-3 against Karolina Muchova to book her place in the final four pic.twitter.com/r5tSzIh0cj

Yet back at Wimbledon and with a capacity crowd allowed in on Tuesday, the 33-year-old was able to maintain her fine form at this year’s Championships with a straight-sets triumph.

“For me, I was never stopping believing in myself and my team. I love to play tennis and love this sport to go out and play in front of the fans, I think this gives me also that push for me to play my best tennis right now.

“I have always in my career had some up and downs but I was always believing I could come back because I know what I can do. The belief, yeah I never stopped to believe in myself how I can play.”

Top seed and world number one Ashleigh Barty will be Kerber’s opponent in the semi-final on Thursday and it will be their first meeting at a grand slam while also a maiden battle on grass.

It will be a new experience for the Australian, who had previously only made the last eight on two occasions – but not for the German.

Kerber first made the semi-finals at Wimbledon in 2012 before she lost out to Serena Williams in the final four years later and avenged that defeat to claim the title in 2018.

“The experience that I had a few years ago, I played twice the finals here and I try to take the experience with me,” the left-hander added.

“It is a good feeling already to have the trophy at home and to have won it here. I think it is more about this tournament for me because when I was a kid I really looked forward to playing this tournament and playing my best tennis here.”

It was not completely straightforward for the former world number one against Muchova, with the Czech ace having eight break points during their Court One battle.

Crucially Kerber was able to save seven of them and take four of her own from six to knock the 25-year-old out in the quarter-final stage for the second tournament in a row.

Muchova admitted: “I think I wasn’t patient enough today as I wanted to be and as I planned before the match. I didn’t really stick to the plan and I was rushing a lot.

“That is why I didn’t make it. I had many break points and I didn’t convert it. Yeah, she played solid and good on those points and I was rushing and making mistakes.”