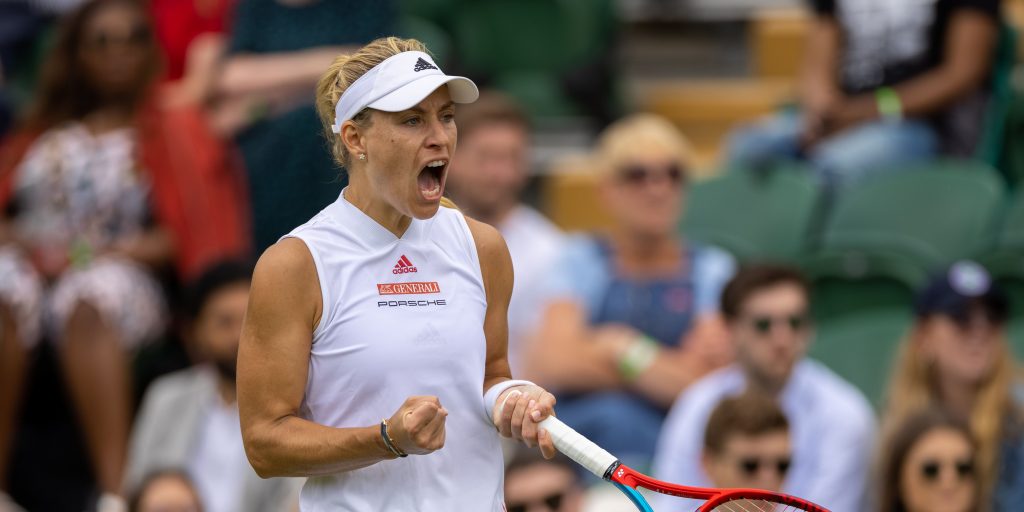 After a first week at Wimbledon, 13 of the top 20 seeds went out and Angelique Kerber is the only former champion remaining in the women’s draw.

Kerber was the champion in 2018 when she beat Serena Williams in the final but her career suffered a sharp downward turn afterwards and she went three years without a title until her win at a warm-up tournament in Germany last month.

The 33-year-old made it through a tough week, with a marathon second-round match with Sara Sorribes Tormo which went on for more than three hours, and she will be eyeing another deep run.

While she has been there and done it at SW19, she now faces the new sweetheart of Centre Court Coco Gauff, who has matched her 2019 run to the fourth round.

It is the first meeting between the pair and Kerber hopes experience will count for something.

“I think it will be really an interesting match. I mean, I never played against her before, she’s a newcomer.

“She played already so many good matches. She beat top players. She’s really dangerous, especially on a grass court.

“I see the fire in her, as well. She’s really putting all the effort she has in every single match. So I know that it will be a tough match.

“But of course, one point may be the experience is good, but on the other side I think it’s more like it’s a new match, I know that I have to play one of my best tennis matches against her.

“This is the goal, to go out there and try to focus more on me. I mean, she’s, I don’t know how many years younger than me, but still I think it will be a good match.”

World number one Ashleigh Barty has matched her best-ever run at SW19 and will now face French Open champion Barbora Krejcikova, who had never won a match at Wimbledon before this year.

The Australian said: “Another second week of a slam. It’s always exciting.

“I feel like the consistency for me over the last couple of years, two years, not including 2020, has been good. It’s been nice to be putting myself deeper into these tournaments at the slams.

“On Monday it will be no different. It’s a new challenge against Barbora, who’s obviously played some exceptional tennis over the last couple months.

“Another challenge I look forward to. Nice to be able to put myself in this position again to try to go that one step further.”

The 18-year-old, ranked 338 in the world, had never won a senior match before her SW19 journey, but now she is a household name.

Iga Swiatek takes on Ons Jabuer in an entertaining-looking clash, while second seed Aryna Sabalenka is up against Elena Rybakina and former world number one Karolina Pliskova plays Liudmila Samsonova.

Paula Badosa and Karolina Muchova go up against each other with Madison Keys and Viktorija Golubic completing the last-16 line-up.