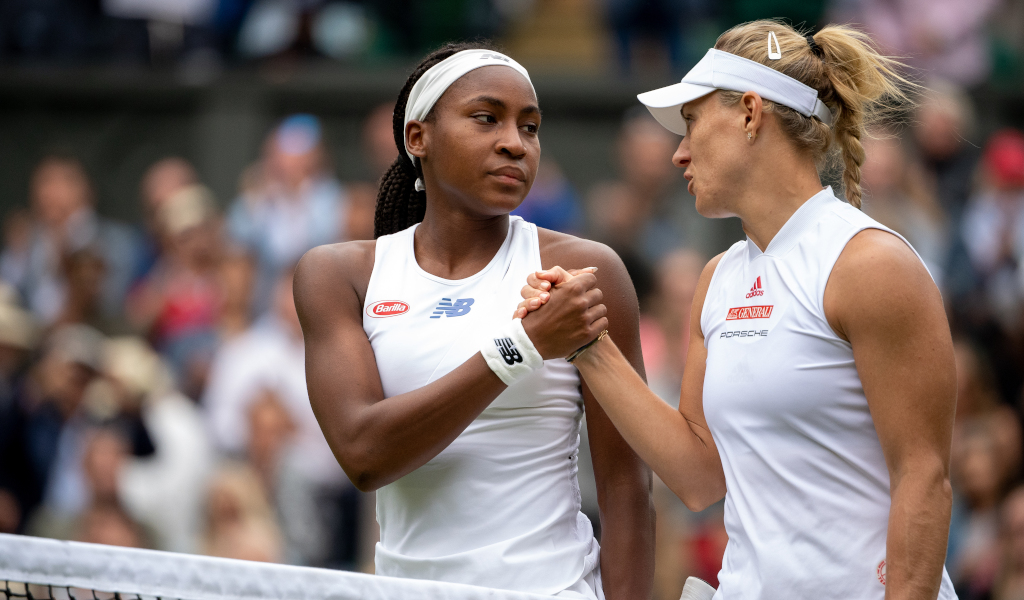 Angelique Kerber showed who was the Centre Court boss by ending Coco Gauff’s Wimbledon run in the fourth round.

Kerber has fond memories of the main show court at SW19, having won the title in 2018, and reminded everyone why with a 6-4, 6-4 win over the teenage prodigy.

Twelve months after Kerber’s triumph, Gauff became the new sweetheart of Centre when she broke on to the scene as a 15-year-old and she has followed that up this year with another run to the last 16.

The pursuit of #Wimbledon title No.2 continues…@AngeliqueKerber seals her victory over Coco Gauff with an ace, winning 6-4, 6-4 pic.twitter.com/WN6VQnTExi

But she came up against an opponent who had the skill to absorb Gauff’s power and Kerber eased to a comfortable victory, booking a fifth quarter-final at this tournament, where she will meet 19th seed Karolina Muchova.

The German is the only former title winner left in the women’s draw and, playing in this manner, she has as good a chance as anyone to be victorious again, despite her previously disappointing year.

The blustery conditions on Centre Court had an effect on both players as the first five games were won by the receiver, with Kerber taking a 3-2 lead.

She eventually held her own delivery to consolidate her advantage and then showed the nous to navigate the remainder of the first set. 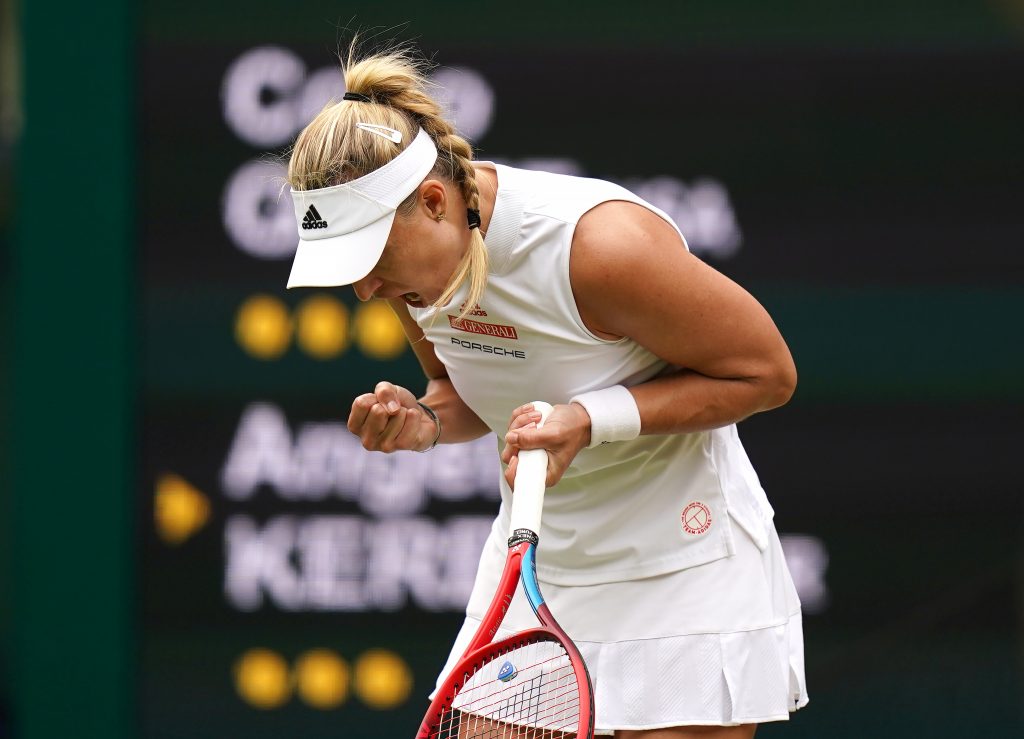 Kerber is never more at home than on grass and was able to keep Gauff at bay with her trademark defence while also making in-roads with her forehand.

Both players had to fend off break points in the opening two games of the second set, but the threat to Gauff’s delivery was constant.

Kerber is one of the best returners in the game and was too good in Gauff’s next service game, breaking and then following it up with a comfortable hold.

Gauff had the crowd behind her and they were in full voice when she got to 15-40 at 4-3 on Kerber’s serve, but the German sent down an ace and then upped her game to produce a crucial hold.

That allowed her to serve for the match, which she did with ease, sealing it with an ace.

Kerber said in her on-court interview: “I have to say Coco is such a great talented young player, she has such a great future in front of her. I am really sure she will have a great career.

“She will play here so many times and maybe she will one day win the title.

“I really enjoy my time here, the fans give me the energy to play my best tennis and I am really looking forward to my next match, this is such a magic place for me.”