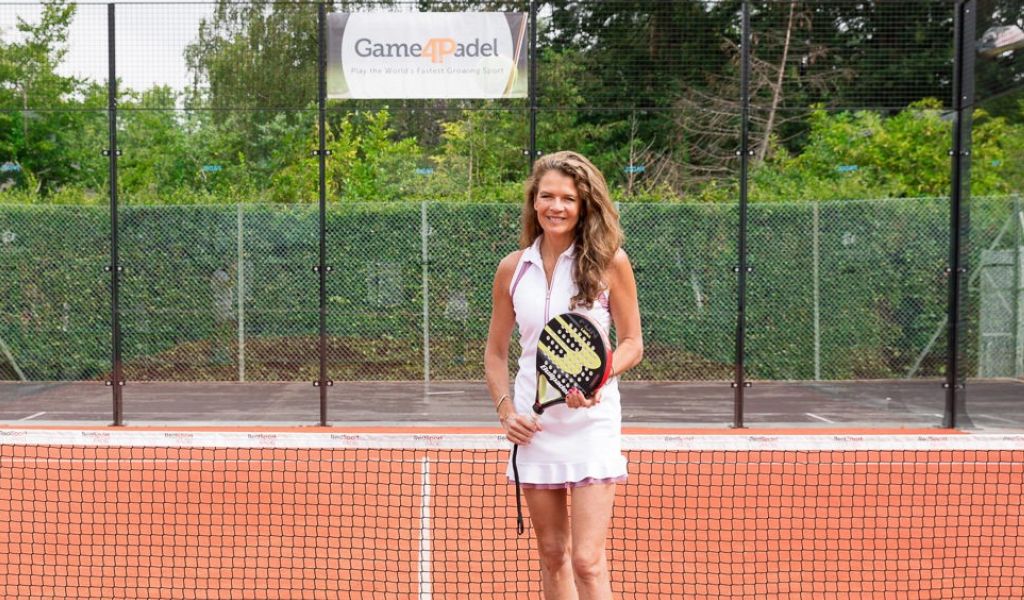 Former British No 1 tennis player Annabel Croft believes padel has the potential to become a huge sport in the UK.

Speaking to Tennis365 at a Game4Padel event, the popular former player turned TV presenter and analyst spoke about her love of the sport that is gathering in popularity at a thrilling rate.

Padel can best be described as a cross between tennis and squash, played on a court surrounded by heavy-duty glass that allows players to hit the ball after it bounces back off the wall.

Now Croft suggests it has the potential to become a sport that reaches out to a huge audience, with non-tennis players embracing the sport in increasing numbers.

“I haven’t quite mastered the back wall yet, but it is a very social game. There are always a lot of smiles on court and it is a great game. I really enjoy it.”

With Britain’s LTA offering grants to clubs to install padel courts proving to be a successful venture, the Game4Padel group Annabel Croft and two-time former Wimbledon champion Andy Murray are backing taking that process to the next level.

Installing padel courts at clubs and taking a slice of the revenue that comes from them, this is a project with star backing that could take padel to a whole new level.

“I’m still trying to learn all the different skills and I’ve learned that top spin doesn’t work in padel,” he added. “It is a lot easier to pick up. Serving is a lot less stressful as you literally just bounce the ball and slice it into the court.

“You can have great rallies and even if you are not a tennis player, your level can come up quite quickly. Obviously the pros that play will be on a different level, but I really enjoy playing.

“Game4Padel is a great initiative as they will come and install a padel court and take a revenue share. For clubs that can’t afford to put a padel court in, this is a great way to make it happen.”

This sport has huge celebrity backing with the likes of David Beckham and Liverpool manager Jurgen Klopp among the fans of the sport, so it seems the only way is up for padel.