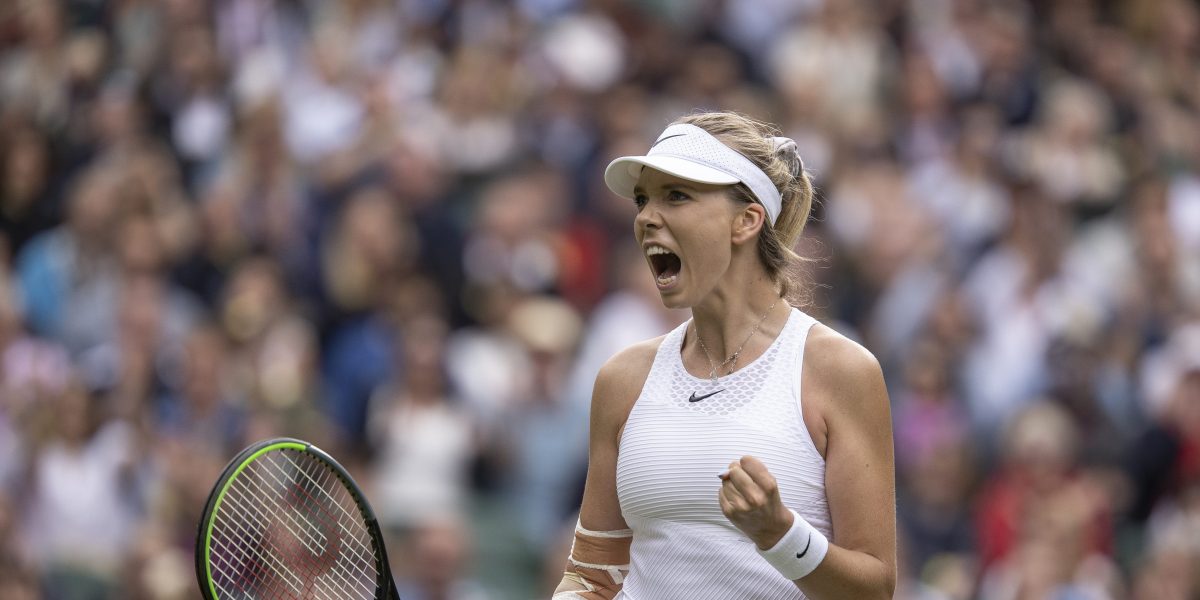 Britain’s Katie Boulter moved into the quarter-finals of the Rothesay Classic Birmingham after a straight-sets victory against Caroline Garcia.

Just 24 hours after she pulled off the best triumph by ranking of her career with victory over Alison Riske in the opening round, Boulter, 25, saw off France’s Garcia, a former top-five player, 7-6 (5) 6-1 in one hour and 30 minutes to record another milestone win.

The British number four has so far been prevented from achieving her potential by injuries and illness, and a leg problem suffered in March sidelined her for nearly three months.

But Boulter, ranked 141 in the world, is coming into form ahead of Wimbledon where she has been given a wild card.

“It kind of makes it feel worthwhile – and all the tough moments that I went through, and pushing through, really got me through today.

“I’m really happy to be in the quarter-finals and am looking forward to another good match.

“In the first set it was tough for both of us. I was just trying to take care of my service games.