Arthur Ashe would have been proud of Naomi Osaka, says US Open tournament director Stacey Allaster 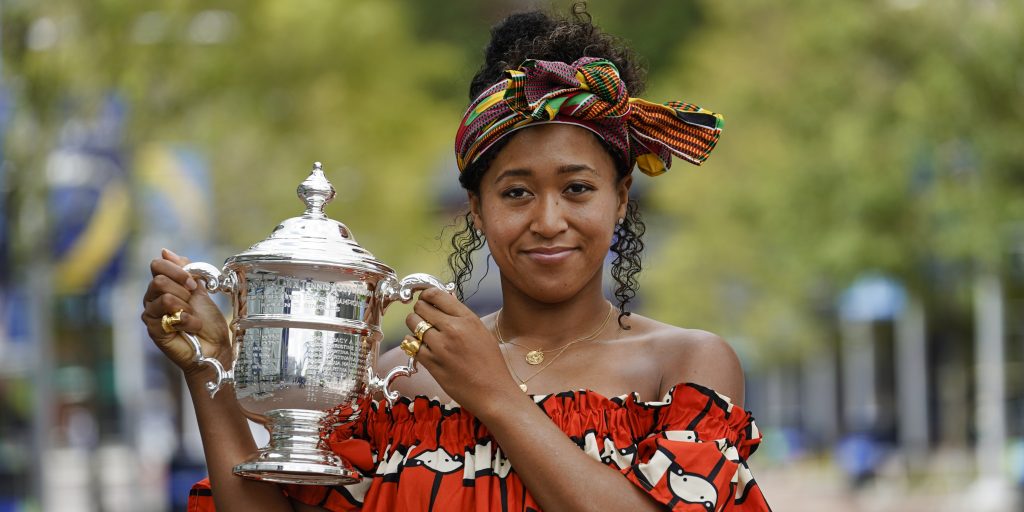 Naomi Osaka would have made Arthur Ashe proud with her activism and US Open victory, according to tournament director and former head of the WTA, Stacey Allaster.

Osaka won her third grand slam title at Flushing Meadows on Saturday with a brilliant comeback victory over Victoria Azarenka, but her success will be remembered as much for her impact off the court as on it.

I would like to thank my ancestors because everytime I remember their blood runs through my veins I am reminded that I cannot lose.

The 22-year-old, who is of mixed Japanese and Haitian heritage, used her platform to draw attention to racial injustice, wearing a different face mask for each match bearing the name of a black victim of violence.

It was fitting that she lifted the trophy in the arena named after Ashe, a pioneer and activist who was the first black man to win Wimbledon.

Allaster was one of the few people in the stadium to witness Osaka’s victory, and she said: “The leadership that she has played within our sport on Arthur Ashe Stadium, I was thinking about that, how proud Arthur would be.”

Osaka lay down on the court after her victory to soak it all in, and said she was thinking about all the great players she had seen do the same thing as she gazed at the sky.

By winning her third Slam title, Osaka joins Serena and Venus Williams, Kim Clijsters and Angelique Kerber as the only active female players to have won at least three.

Osaka is a decade younger than all of them and now appears ready to embrace her role as a leader and a figurehead.

She is a more mature presence on court, too, and turned the match around brilliantly against Azarenka after winning just one of the first nine games.

Next up is the French Open and there are still some question marks about health and safety measures as Roland Garros will allow some spectators.

Allaster said: “I think these four weeks have been able to demonstrate to the world how our sport can return to play safely.

“We know that here we made one commitment to everyone: that this would be a safe US Open. On this championship Sunday we are closing down this very historic moment for our sport here in New York City with a very healthy and safe US Open.

“Everyone now is leaving and carrying on in our sport. That I think is the other big takeaway for us. We’re back.

“We’ve missed the fans. It hasn’t been the same without them. But no doubt in my mind it was the right decision for us here in New York.

“I trust that the French Federation, with their leadership, and the French government, that they’re managing the virus with their medical facts. They’ve deemed in their country, in their city, that it’s safe.

“I now wish them the greatest of success to have the same results that we’ve had: a safe Roland Garros, and inspiring tennis with amazing athletes for two weeks.”