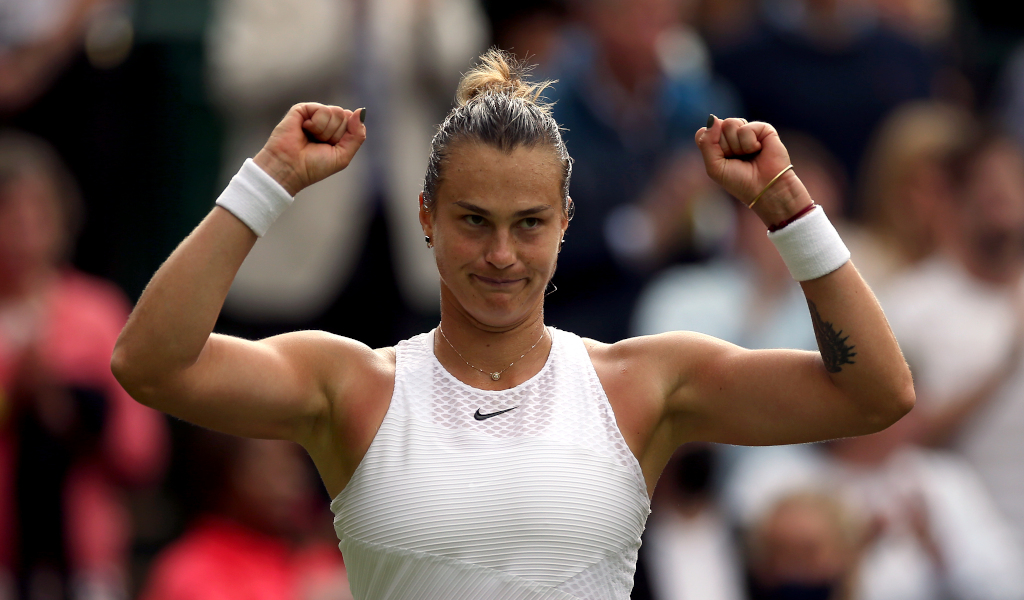 Second seed Aryna Sabalenka came through an almighty scrap with Elena Rybakina to reach the last eight at Wimbledon.

The Belarusian booked her first Grand Slam quarter-final with a battling 6-3, 4-6, 6-3 victory on Court Three.

Sabalenka looked well in control when she took the first set, but 18th seed Rybakina crashed down six aces and made just four unforced errors to Sabalenka’s 15 to level the match.

No.2 seed @SabalenkaA sets up an intriguing tie against Ons Jabeur in the next round after beating Elena Rybakina 6-3, 4-6, 6-3#Wimbledon pic.twitter.com/40rdAH2Z5R

But after a nip and tuck seven games in the decider, Sabalenka pulled away.

She won the last eight points of the match, forcing the crucial break for 5-3 and serving out to love.

The 23-year-old will face Tunisia’s Ons Jabeur on Tuesday.