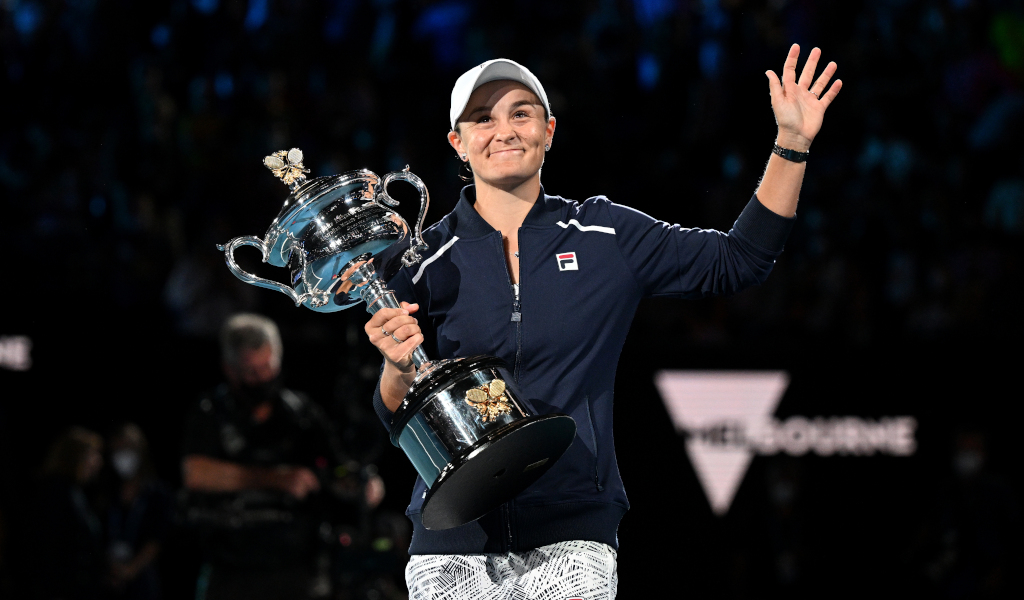 World No 1 Ashleigh Barty has retired from professional tennis at 25 years old.

Barty is the reigning Wimbledon and Australian Open champion. She also won the French Open in 2019 for three Grand Slam singles titles.

She is only the second Australian to reach the No 1 status in the WTA Rankings after Evonne Goolagong Cawley.

“The time is right now for me to step away and chase other dreams and to put the racquets down,” Barty said during a social media video post with friend and former doubles partner Casey Dellacqua.

“I wasn’t quite sure of how I was gonna do this. It’s hard to say. I am so happy and I’m so ready. I just know at the moment in my heart for me as a person this is right.

“I kind of wasn’t sure how I was going to do this. But I think so many times in my life, both my professional and personal, you’ve been there for me. I just couldn’t think there’s no right way, there’s no wrong way, it’s just my way.

“This is perfect for me to share it with you, to talk to you about it with my team, my loved ones, that I will be retiring from tennis. That’s the first time I’ve actually said it out loud. It’s hard to say, but I’m so happy and I’m so ready and I just know at the moment in my heart for me as a person, this is right.”

Barty ended 2019, 2020 and 2021 as World No 1. In 2018, she won the won the 2018 US Open women’s doubles title with American Coco Vandeweghe. Three years later, at the Tokyo Olympic Games, Barty partnered fellow Australian John Peers for a bronze medal in the mixed doubles.

She took an indefinite break from tennis in 2014 and became a professional cricketer for the Brisbane Heat in the first edition of the Women’s Big Bash League.

“I know I’ve done this before but in a very different feeling, and I’m so grateful to everything that tennis has given me. It’s given me all of my dreams plus more, but I know that the time is right now for me to step away and chase other dreams and to put the racquets down,” added Barty.

“It’s something that I’ve been thinking about for a long time. I’ve had a lot of incredible moments in my career that have been pivotal moments. Wimbledon last year changed a lot for me as a person and me as an athlete – when you work so hard your whole life for one goal, and I’ve been able to share that with so many incredible people.”

“But to be able to win Wimbledon, which was my dream, the one true dream that I wanted in tennis, that really changed my perspective. I just had that gut feeling after Wimbledon and I’d spoken to my team quite a lot about it. There was just this little part of me that wasn’t quite satisfied, wasn’t quite fulfilled.

“Then came the challenge of the Australian Open, and I think that for me just feels like the most perfect way, my perfect way, to celebrate what an amazing journey my tennis career has been. As a person, this is what I want, I want to chase after some other dreams that I’ve wanted to do and always had that really healthy balance, but I’m really, really excited.”