‘I had so much fun,’ says Ashleigh Barty after opening 2021 season with a solid win 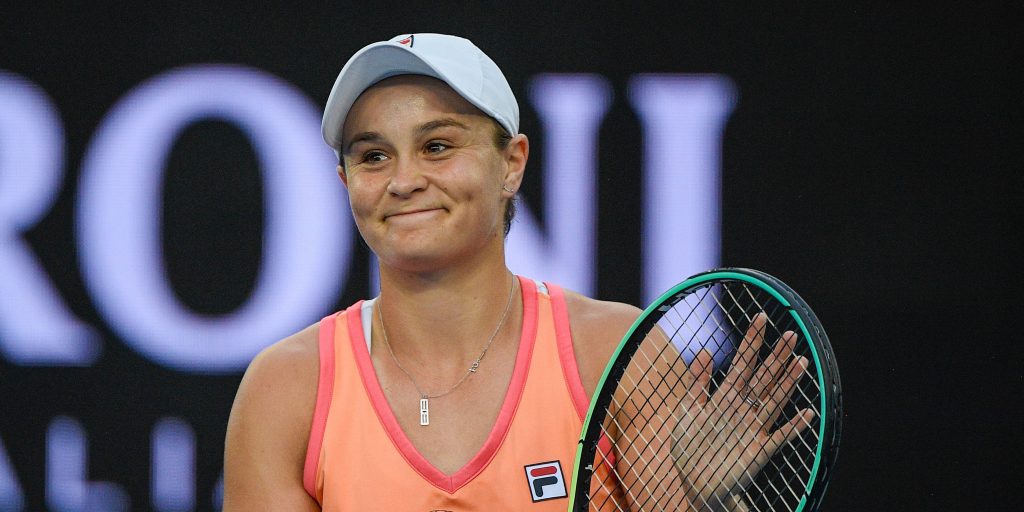 World No 1 Ashleigh Barty and US Open champion Naomi Osaka both recorded strong wins to start their seasons in Australia.

Barty was playing her first official match for nearly a year having chosen to stay at home in Australia when the tour resumed last summer following the coronavirus-related shutdown.

The 24-year-old is the top seed in the Yarra Valley Classic and she was a convincing 6-3, 6-3 winner against Ana Bogdan in front of a surprisingly sparse crowd at Melbourne Park.

“I had so much fun out here today, and I think I missed you guys so much as well!” Barty said during her post-match interview on court.

“This is one of my favourite places to play in the entire world, and for me to be able to come back after 11 or 12 months off now – it’s been a while, but I miss this feeling, I miss coming out here and competing.”

She later added: “I think overall I felt pretty good. Ana did an exceptional job in making me play to a very high standard. I knew right from the first point I was going to have to be ready tonight and switched on straightaway. That was really nice to have that challenge.”

Osaka was playing her first match since lifting her third slam title in New York last September and eased past Alize Cornet 6-2 6-2 at the Gippsland Trophy.

The Japanese second seed said: “I was definitely really nervous going into it. But I’m really happy with how positive I was throughout the match.”

French Open champion Iga Swiatek was playing her first match as a Grand Slam winner and made a nervous start against Kaja Juvan but recovered to win 2-6, 6-2, 6-1.

Fifth seed Johanna Konta eased to a 6-2, 6-3 win over Bernarda Pera but fourth seed Aryna Sabalenka, who was on a 15-match winning streak, was surprisingly beaten 6-1, 2-6, 6-1 by Kaia Kanepi.