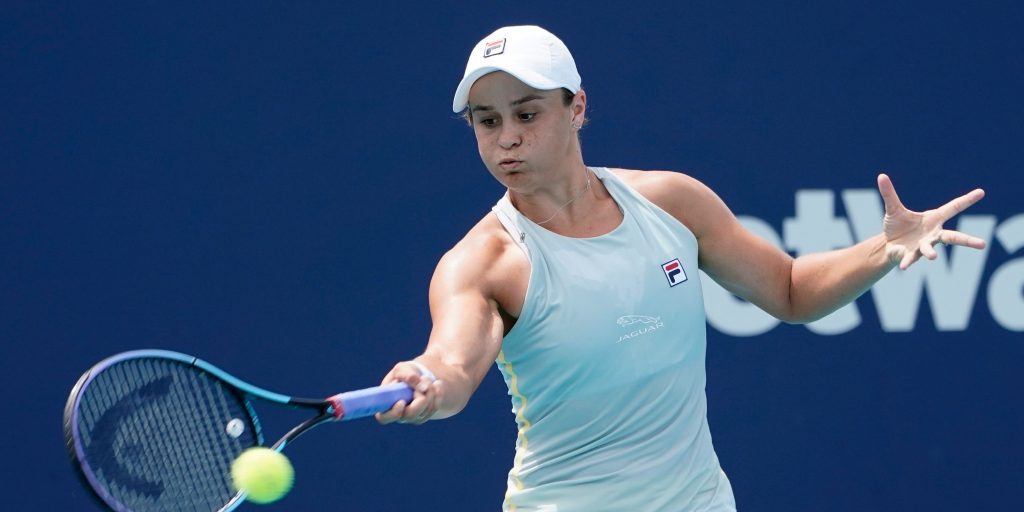 World No 1 Ashleigh Barty moved into the semi-finals of the Miami Open with a hard-fought victory over Aryna Sabalenka.

There was nothing to choose between the two in the first set until Sabalenka played a poor service game at 4-4 and threw her racket away in disgust.

Barty saved seven break points across the first two sets and looked poised for victory when she moved 5-4 ahead in the second-set tie-break, with a mini-break, only for Sabalenka to win three points in a row.

The Belarusian let out a huge roar and it was all to play for when they kicked off the deciding set after a 10-minute break in the punishing heat.

But Sabalenka began to feel an abdominal problem midway through the set and Barty pulled away to win, with the victory also guaranteeing she will remain on top of the rankings ahead of Naomi Osaka at the end of the tournament.