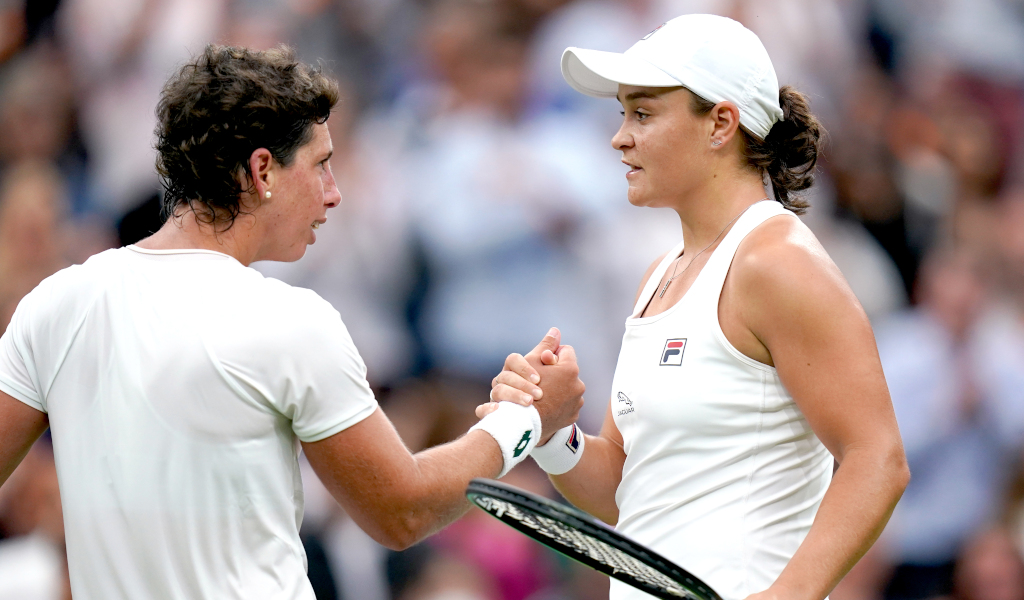 World No 1 Ashleigh Barty was made to work hard before sealing a triumphant return to grass with victory over Carla Suarez Navarro in the first round at Wimbledon.

The top seed battled through after one hour and 44 minutes on Centre Court following a 6-1, 6-7 (1-7), 6-1 win over an opponent who was playing at the All England Club for the last time.

Suarez Navarro will retire at the end of the season having only recently recovered from Hodgkin lymphoma and was afforded a special reception on her final appearance at SW19.

Barty was back in London after a fourth-round exit two years ago eager to justify her number one seeding and continue an encouraging run of form which has seen her clinch three titles already in 2021.

Rain was the initial winner with play suspended early in the first set to allow the roof to be closed as drizzle came down.

It was an unfortunate time to stop for Suarez Navarro, who came back out looking to defend a break point, but she had little answer to the power of Barty.

Another break occurred soon after and the Australian sealed the opener in 25 minutes to suggest no rustiness after a two-year absence on grass.

Back in 2019, Suarez Navarro had also made the fourth round and was eager to enjoy her final time at the Championships.

The 32-year-old held her first two serves of the second set and then forced a break point. It was not taken but mother Maria Dolores was on hand to capture special moments from her phone having snapped away at practice last week.

It was the ninth game of the second set when Barty, wearing a dress in honour of mentor and former Wimbledon winner Evonne Goolagong, took control with a superb winner helping to earn a decisive break. 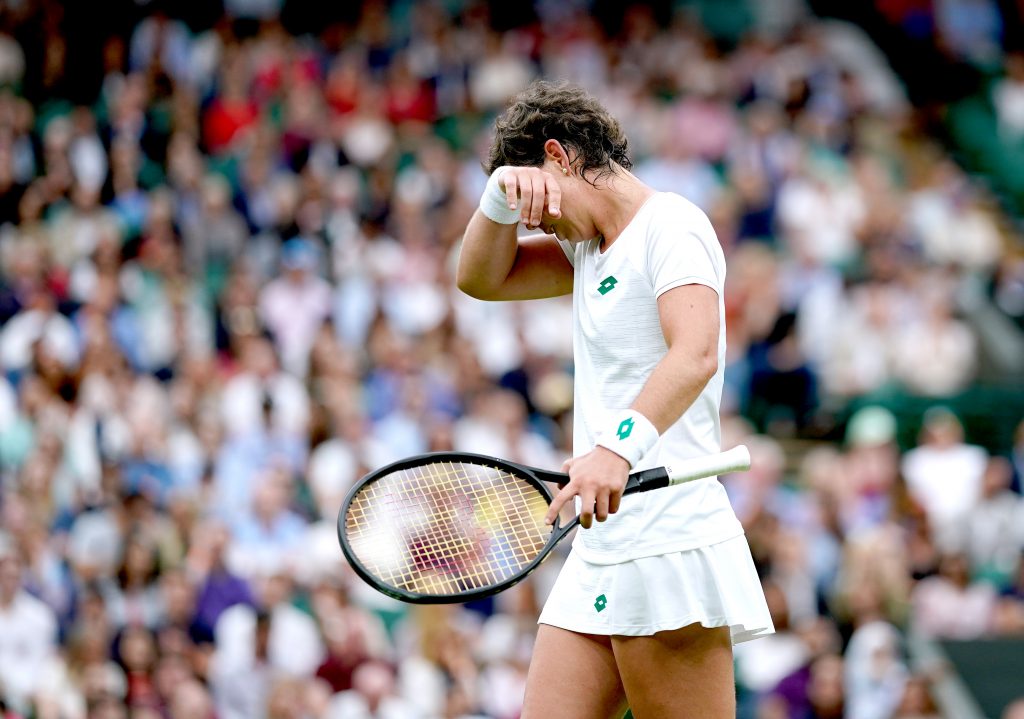 Suarez Navarro refused to go away quietly though and immediately broke back before a tie-breaker went the way of the Spaniard, who will represent her country at the Olympics in Tokyo later this summer.

Deft touches coupled with some wonderful cross-court shots had the crowd fully engrossed in a potential fairytale story but Barty demonstrated excellent resilience to recover her composure.

An error-strewn second set was put to one side with an early break in the third giving Barty a crucial advantage, which was added to as her latest pursuit of a second grand slam started with 38 winners and 13 aces.

Barty applauded Suarez Navarro off the court with the crowd on their feet to bid farewell to the experienced right-hander, who was emotional as she brought her Wimbledon chapter to a close and bowed out in typical battling fashion.